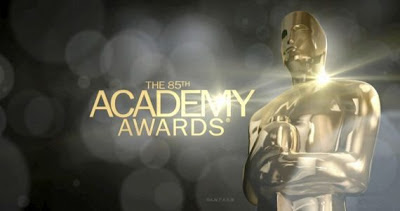 It's that time of year again the Academy Awards, the time of year where the Hollywood Elite known as The Academy pick and choose to honor the best films and performances of the year.  A lot of these films where only seen by true Cnephiles, but odds are if you look hard enough their is a little something for everyone at the Oscars.  Luckily for you, most of us here at The Epic Review are true Cinephiles who see most films from those little artsy films nobody has heard of, to the biggest and most anticipated blockbusters.  Our coverage of the 85th Annual Academy Awards not only provides commentary on the actual winners, but also our opinion on who or what should have won, based on the actors and films nominated (Sorry as much as we want to, we aren't going to claim The Avengers should have won best picture).  So who and what won, and what should have? Find out after the break.... 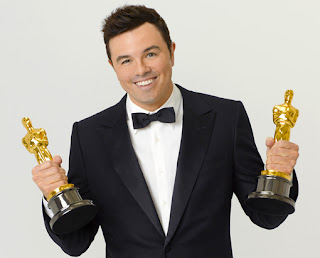 Your Host: The One and Only Seth Macfarlane

The best performance of the night has to go Seth Macfarlane! Macfarlane was able to take something as truly prestigious and uppity as the Academy Awards, and make them his own.  While it wasn't quite an episode of Family Guy that typical Macfarlane touch was there throughout the evening.  Such as the opening of the show when Macfarlane received a video message from Captain Kirk (William Shatner) from the future telling him not to preform the musical number he was about to attempt, because he would ensure his spot in history as the worst Oscar host ever.  Moments later Macfarlane broke out into a song about the best modern topless scenes in movies, only Seth Macfarlane could have pulled that number off!  The most telling aspect of Macfarlane's job as grand master was that he took an awards show that had been pretty boring over the past couple of years, and turned it into something wildly entertaining.  In the end Macfarlane made the Oscars, not feel like the Oscars, which was a good thing, because he managed to actually make them as entertaining as most of the films they honor. 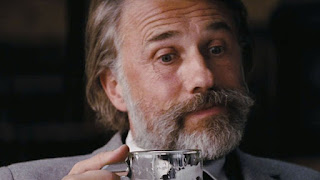 Christoph Waltz gave a truly great supporting performance in Django Unchained!  His personal flair just seems to work so well with Quentin Tarantino's story telling and visual style, Waltz has the ability to add the ease needed to make those very tense and violent Tarantino moments really work .  Waltz's charisma meshed incredibly well with Tarantino's style once again, as he rode another stellar performance to a best supporting acting award as he did in 2008's Inglorious Bastards.

Who Should have Won: 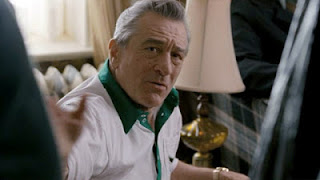 While Christoph Waltz was incredible in Django Uncahined, his performance didn't touch that of Robert De Niro's Pat Sr. in Silver Linings Playbook.  While Waltz rode the same Tarantino shtick to an Oscar as he did in Inglorious Bastards, De Niro had never been nominated for a role quite like that of Pat Sr.  When we think of award winning De Niro performances we think of The Godfather Part II or Raging Bull, where he played true tough guys roles.  In Silver Linings Playbook De Niro showed us an entirely different look into his depth as an actor. Dr Niro subtly, almost effortlessly it seemed at times gave us a look into the life of a OCD gambling family man, but it seems like the Academy failed to see that.

Who Won and should have Won: 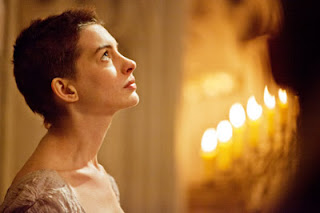 With this choice the Academy got it exactly right.  Out of the list of nominees Anne Hathaway's performance as Fantine in Les Miserables was clearly the strongest.  Despite only being in the film for 10 to 20 minutes Hathaway's presence was immensely felt every second she was on screen.  Although the character of Fantine goes through a very powerful transition in Les Miserables, it could have easily fallen by the wayside due to the lack of time the character is in the film, if it were not for Hathaway's brilliant performance.  You also have to take in to account the physical toll Hathaway put herself through preparing for and making this musical, not only did Hathaway go an very strict diet, she also cut her beautiful hair during filming.  Perhaps the thing that set Hathaway apart from any other performer in Les Mis, is she was the only one who could truly sing, which really shined in a musical that completely relied on raw unedited audio recorded during filming.

Who Won and Should Have Won: 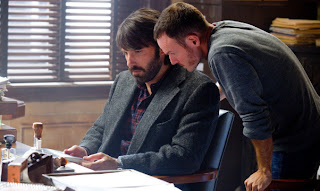 When you can take an historical event like the Iranian Hostage crisis, an event most people are fairly familiar with and turn it into a suspenseful thriller, most would say that is a pretty good adaptation.  This is exactly what Chris Terrio did with the script of Argo.  This script not only turned this terrible historical event in a thrill ride, it provided each character with the much needed depth they needed in order for the audience to stay emotionally invested throughout the film.

Who Won and Should have Won: 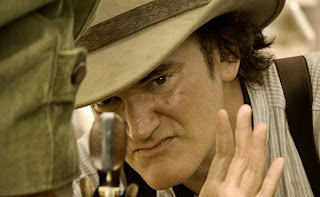 Westerns are a hard genre for a writer or director to make their own.  The odds are most the things you will see in a modern day Western where done better by Clint Eastwood and company about 50 years ago.  Taking that into account is what makes Quentin Tarantino's script for Django unchained truly deserving of the Oscar for best original screen play.  Tarantino was masterfully able to take the Spaghetti Western Genre, and make it his own! 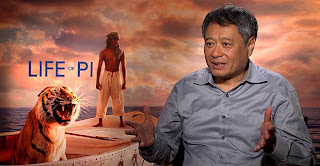 Life of PI is close to a masterpiece when you take into account the stunning visual effects combined with the central message of the film.  In Life of PI director Ang Lee provided a brilliant commentary on the belief and notion of God, as well as religion in general that speaks to the hearts of everyone from the most devout Christians, to open Atheist.  A task that is more than worthy of a best directing nod.

Who Should Have Won: 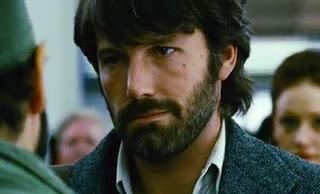 As well as Ang Lee did with Life of PI ,the fact that Ben Affleck wasn't nominated for directing Argo is the true definition of an Oscar snub!  Most of the times it is a given for the Academy to nominate any Director whose film is nominated for best picture, for some reason the Academy chose not to follow this tradition with Affleck.  Say what you want to about the man's acting ability but the man is three for three when directing feature films: Gone Baby Gone, The Town, and Argo where all Confirmed Epic films.  Affleck deserved to not only be nominated, but Win best Director for Argo. He starred in and directed a film that made the Iranian hostage crisis into an edge of your seat thriller! 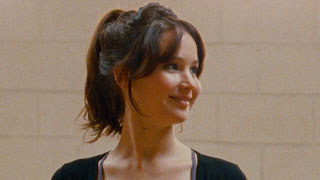 Jennifer Lawrence is quickly becoming one of the best actress's in Hollywood, now with her best actress Oscar win, people can start to have the debate of whether or not she is the best.  Her performance as Tiffany in Silver Lining Playbook, was very deserving of the award.  Lawrence takes you through the day to day life of someone battling loss and clinical depression.  More importantly she is able to realistically portray the redemption story of person dealing with mental illness.

Who Should Have Won: 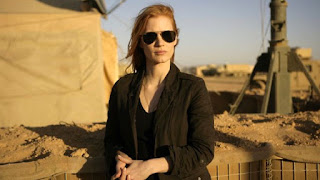 In one Single performance Jessica Chastain was able to truly display the heart break and frustration felt by an entire generation of Americans following 9/11, and the ensuing hunt for Osama Bin Laden.  Chastain portrays an government operative whose sole purpose in life is to find Bin Laden.  Her performance truly shows the sacrifice and commitment it took to get that job done.  What makes her performance so special is Chastain didn't have one single person to base her character truly on.  The person she is portraying in the film is unknown because all government documents related to the hunt for Bin Laden are still classified.  All she had to go off was the accounts other people gave of this unknown hero, so instead of portraying this person she had to make the role her own, while at the same time capturing the utter torment this unknown person went through in real life.  While that doesn't make her a Hero like the person who lived the hunt it real life, it is a job truly worthy of the Oscar for best actress in a leading role!

Who Won and Should Have Won: 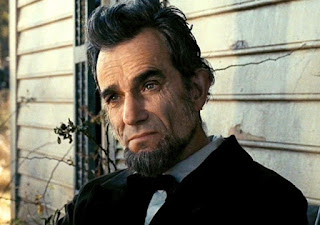 From the first moment you see Lincoln, their should be little doubt that Daniel Day-Lewis is deserving of the Oscar for best actor in a leading role.  Once again the ultimate method actor Daniel Day-Lewis literally became his character.  Making it all the more special was he gave the world a live glimpse of one of the most important and eventually beloved figures in American history.  As usual the research Lewis put into his performance was unprecedented, he spent years researching and perfecting the voice and mannerism of our 16th President.  Steven Spielberg said he never questioned any aspect of Lewis's performance during filming because he knew Lewis had became Lincoln as much as humanly possible, once again Lewis refused to break character the entire time during filming.  In addition to the years of research Lewis took to prepare for the physical portrayal of Lincoln, Lewis also spent years visiting and touring every place President Lincoln ever spent time at or visited, and meeting with the top Lincoln historians.  Every once in a while the Academy get's to nominate and honor a performance where the actor actually becomes the character they set out to portray, this is one of those times.  Even more remarkable is this seems to be the case every time Daniel Day-Lewis takes a role! 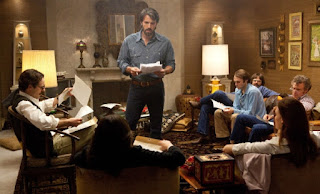 In a year where historical films (Argo and Lincoln) where the favorites coming in The Iranian Hostage crisis prevailed over the battle to pass the 13th amendment.  Argo was very deserving of best picture, and was truly one of the most entertaining of all the films nominated.  The film was able to look back on a piece of history, that is still having a significant impact on United States foreign policy today.  All while at the same time creating a very fast paced thriller, that truly portrays how much is at stake for the amazing ensemble cast the film gets you to truly care about.

What should have Won: 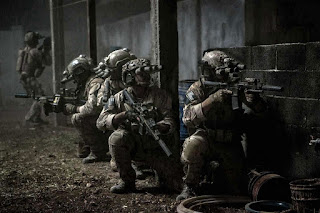 When it came to American history, apparently the Academy forgot to look at the most important piece of recent American history.  From the twin towers falling to the raid on Osama Bin Laden's compound, nothing has provided a better commentary on Post 9/11 foreign policy than Zero Dark Thirty.  Unfortunately the Academy chose to label this the pro torture movie, significantly hindering any real chance it had to win best picture.  Regrettably or not advanced interrogation techniques like water boarding where a part of post 911 foreign policy, and the hunt for Osama Bin Laden.  The film manages to portray a decades worth of foreign policy evolution, all while being a brilliant political thriller the entire way. 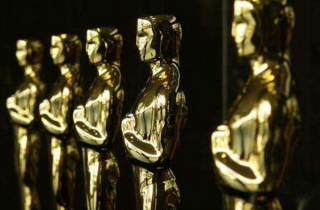 The Lombardi Trophy of Film: The Oscars

Another year of Awarding films a lot of the general public hasn't seen has come, and gone.  While much of the night was predictable: Argo winning best picture, Daniel Day-Lewis winning best actor, there where also a few surprises: Christoph Waltz winning another Oscar for best supporting actor, Jennifer Lawrence taking home an Oscar for best actress in lead role at such an early age.  For the most part of the actors and films the Academy nominated they chose the best from their respective categories.  The Oscar's isn't an Awards show for everyone, but as stated in the opening if you look hard enough hopefully you will find an incredible work of art that appeals to you.