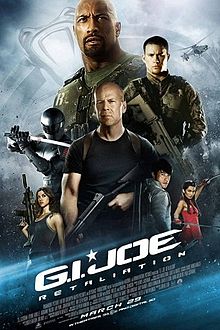 I was crushed last year when this movie was delayed last year.  If you've listened to any of our podcasts or read any of my Show & Tell articles, then you know it's no secret that I'm a huge G.I. Joe fan. I probably have well over 500 of the little guys sitting around the house, including the 1986 General Hawk (my first action figure).   The G.I. Joe universe is one of my favorite fictional universe, so to impress me this movie was going to have to do quite a few things right.  Of course, as a long time G.I. Joe fan, I've also lived through many incarnations of the G.I. Joe mythos as Hasbro has continued to reinvent G.I. Joe every few years since the 1980s.  Whether that means I'm more tolerant or I have a better idea of what I'm looking for is up to debate.  So what did I think of the movie? Find out after the break!

I don't think I hated G.I. Joe: The Rise of Cobra (ROC) as much as most people, but I'm willing to bet that I was quite a bit more disappointed in it. It wasn't the worse action/sci-fi movie ever made, but it wasn't a good G.I. Joe movie, either.  It seemed to try and "legitimize" the source material too much rather than reveling in it.  Retaliation fixes quite a bit of the problems I had with that movie.  While in some ways Retaliation relies fairly heavily on the plot of ROC, it also manages to forget about a good deal of it's characters.  I guess you might call Retaliation a soft reboot. Anyways, Retaliation uses ROC to ensure that it doesn't need to tell an origin story all over again, which is nice. It gets right to the action and to introducing new characters. 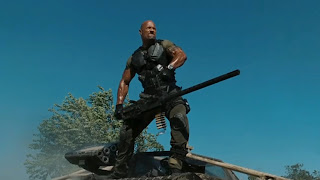 Retaliation begins with the G.I. Joe team on a mission to recover nuclear warheads from Pakistan after the Pakistani president has been assassinated and the country is spiraling into chaos.  Shortly after a successful mission, the G.I. Joe team is framed by the President of the United States (Jonathan Pryce) and most of the G.I. Joe team is eliminated with the exception of Roadblock (Dwayne "The Rock" Johnson), Lady Jaye (Adrianne Palicki), and Flint (D.J. Cotrona). In a story element continued from ROC, the actual President is in captivity and the man who everyone believes to be the president is actually the nano-mite infused terrorist Zartan (Arnold Vosloo).  Working in conjunction with Cobra agents Firefly (Ray Stevenson) and Storm Shadow (Byung-hun Lee), Zartan actively works to rescue the imprisoned Cobra Commander (Luke Bracey/ Robert Baker) while revealing Project Zeus, a new kinetic bombardment based weapon, to the world.  As Cobra moves forward with it's plot to take over the world, Roadblock, Lady Jaye, and Flint are the only individuals who know what's going on and the only ones capable of stopping Cobra. Gathering together allies like Snake Eyes (Ray Park) and his apprentice Jinx (Elodie Young) and the original G.I. Joe himself, General Joseph Colton (Bruce Willis) can the Joes and their new allies stop Cobra before it wrap it's coils around the world? 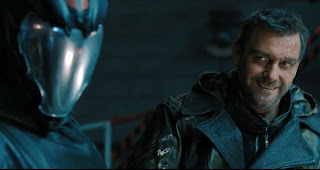 With director John Chu at the helm, Retaliation does a fine job at overcoming the problems of ROC.  While it can be rather silly at times (much better then being boring) and is filled with explosions, slightly corny one liners, and globetrotting galore, it's always fun.  It's colorful and revels in the odd blend of military commandos, maniacal madmen, and ninjas that is distinctively G.I. Joe.  The Rock's presence really helps to solidify the tone of the film as while he is entirely capable of hardcore action, he also can easily flash a smile and spout off a one liner that instantly brings a lighthearted tone to things.  Perhaps the film's greatest strength is the great characters and great actors and actresses chosen to portray them.  Cobra Commander, although largely silent, truly has an almost Vader-like presence in every scene he is in.  Palicki is fantastic as Lady Jaye, bringing an excellent toughness to the role while still managing to be ravishing.  Park and Lee as Snake Eyes and Storm Shadow are once again fantastic. While mute, Snake Eyes proves to be even cooler in Retaliation than in ROC.  Stevenson's Firefly is hilariously evil. Most importantly, perhaps, is Pryce's role as Zartan disguised as the President of the USA.  He manages to be both silly and severe, a frightening combination.  He definitely has the best lines in the film.  Heck, even Channing Tatum shows some emotion in this film. I liked him here much better than in ROC.  The only character that I felt strayed from the source material was D.J. Cotrona's Flint. While Flint has typically been portrayed as a mature and by the books member of the Joe team, Cotrona's Flint seems rather inexperienced, brash, and perhaps even reckless.  Was someone thinking of the 1987 animated film's portrayal of Lt. Falcon instead of Flint? 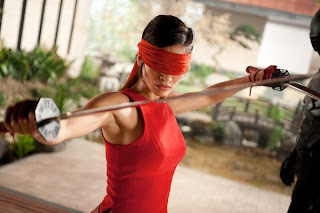 Chu's shows excellent talent in directing action scenes, the majority of which are incredibly impressive and fairly unique. While longtime Joe fans know to be weary of ninja overload, the usage of ninjas throughout the film was quite impressive and never felt overdone.  The scene that was shown in nearly every trailer in which Snake Eyes, Jinx, and a whole group of red ninjas fight on the side of a mountain while swinging on grappling hooks is amazingly exciting, well paced, and easy to follow. Great camera work and coordination.
It's also good to see plenty of familiar vehicles and some familiar costumes as well.  While ROC went with the standard comic to film adaptation trope of just sticking everyone in an all black costume (see X-Men), Retaliation does a much better job of using bits and pieces of the more iconic looks for various characters.  While I could go into greater detail, instead I'll simply say that it feels like Chu had some faith in the property and source material, a rare thing in many source adaptations.  Little nods like the back story of the assassination of the Hard Master, the presence of vehicles like the HISS tanks, Red Ninjas, Jinx fighting blind and wearing Kamakura's colors were extremely effective in winning this fan over. 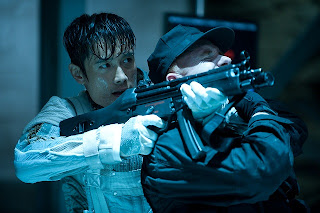 I do have a few nitpicks with the movie, but none of them are total deal breakers for me. First, I think Retaliation needed to address a few of the "missing" characters from ROC.  While I didn't care for the potrayals of most of the characters from the first movie (Scarlett, Breaker, Heavy Duty, Ripcord, and Hawk), I still care about those characters and would have liked even a line that referenced them. Are they dead? Had they retired?  I especially would have liked to have known what happened with the Baroness. I think Sienna Miller did a great job the character in ROC. (The only weakness was the script that tried to make her Cobra Commander's sister and Duke's fiancee. Maybe the character can make an appearance in a third time with a clean slate.)  Secondly, there were quite a few characters in the movie that I feel didn't get a fair shake. Characters like Jinx and Mouse seemed especially underutilized.  Perhaps it was because there were too many characters in the movie? 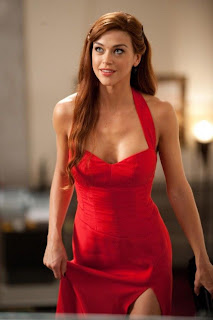 Overall, I'm very happy with G.I. Joe: Retaliation. Is it the G.I. Joe movie I would make if I were directing? No, it isn't. Is is going to win any Academy Awards? I don't imagine so.  But, it's a movie that I immensely enjoyed and that I hope gives fans unfamiliar with the comics and the cartoon a bit of a glimpse at what I love about G.I. Joe. I definitely think Jon Chu was the right man for the job. He seems to truly have a knowledge of and a respect for the property. I'd love to see what he would do with a third film (hopefully Destro is involved).  Of course, Chu is also handling one of my other favorite properties, Masters of the Universe, so I'm excited to see how his career continued to develop.  I know that most people think of him as a dance film guy, but perhaps in the future we'll look back on him and see him as the guy who legitimized action figure movies. 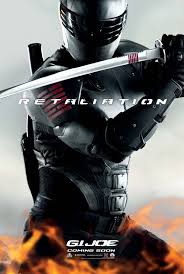