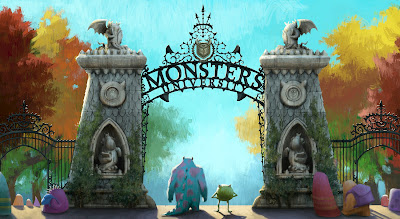 The answer is a roaring yes.  There are countless examples in cinema of sequels surpassing their predecessor, but not many examples (if any at all) of prequels surpassing the original, which is exactly what Monsters University does.  This is all made possible by the choice of a brilliant premise from Pixar and Disney.  What drove Monsters, Inc. was the friendship between Mike (Billy Crystal) and Sulley (John Goodman), so why not explore how the two monsters became best buds?  Better yet, why not do it in a college setting? 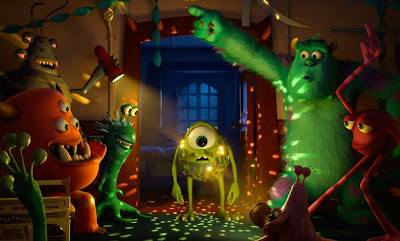 Even Pixar characters partied in college!

The college setting is what gives Monsters University its own unique feel and separates it from the original.  This works really well for this franchise because the kids that grew up watching the original are now college age and facing similar challenges to the ones Mike and Sulley face at Monsters U.  Pixar’s decision to embrace Monsters University as its definitive college film kept this film entertaining from start to finish.  The fact that so many college tropes are brilliantly covered in a G-rated Disney film is truly masterful and will bring a smile to anyone who has ever experienced college life, both inside and outside of the classroom. 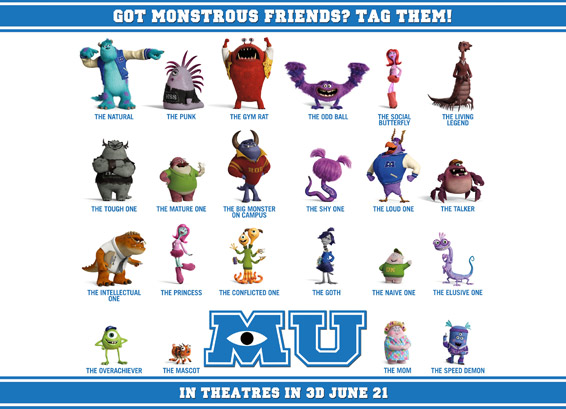 A glimpse at the college stereotypes with the superb voice acting behind them in Monsters University!

Overall, Monsters University is Pixar’s best second look at their characters after Toy Story 3.  Like all good Pixar films you will laugh and cry, this time as you are coming of age with Mike and Sulley.