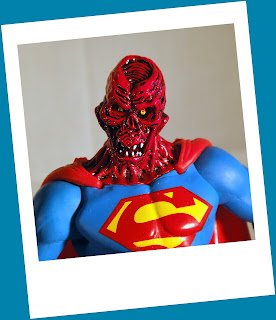 Hoardax from Hoard World is back to help us finish out Resident Evil week with another zombie themed review. This time, it's something crazy and unusual. Take it away, Hoardax!

This is less of a real toy review and more of a revelation. This is because I'm not really sure what I'm reviewing here.

All I know is this. Zombie Superman is made in China. He has a generic Superman body that I'm sure is more than likely from a specific DC toy line.  Learn more after the break... 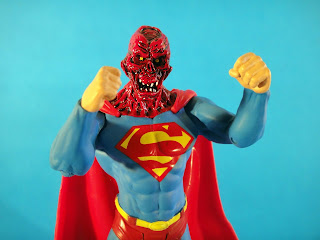 From the lower neck down, Zombie Superman looks EXACTLY like The Real Superman.

It's the upper neck and head where Supes starts to get weird. Yeah, mostly that part I'd say. That's the part where things begin to change.

Note that he still has human hands! 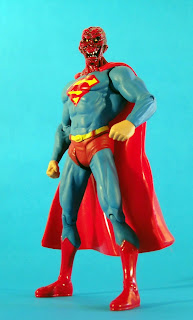 I like to call him Zombie Supes. He's both mildly friendly looking and grotesque

Let's digress for a moment because I need to pad this out. 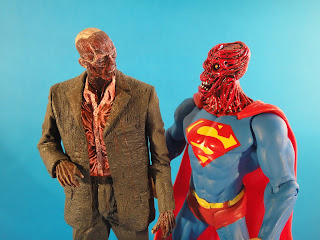 I often try to imagine what his fictional origin story might be. Is he a Zombie? Is it just Supes with particularly bad sun burn? Or did he attempt to open The Lament Configuration from Clive Barker's Hellraiser and he now has more in common with "Frank" than he does the people of Earth? 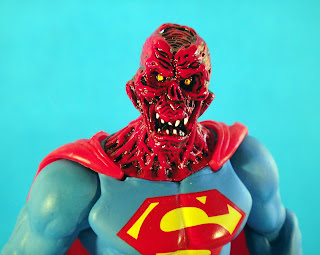 The truth is, he's whatever you want him to be because the Truth is he's an amalgamation of most of what I've already said.

Zombie Superman is both a real figure and a custom and a knock-off.

Series 6 of the DC Direct Superman/Batman action figures that were based on Ethan Van Sciver's Enemies Among Us storyline had a...(drum roll)...Superman figure in it that looked like THIS. 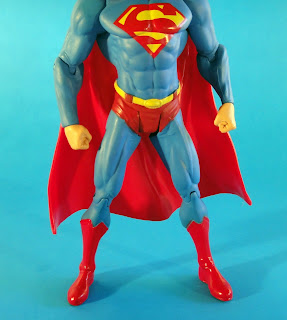 Now what about the alternate head? The "alien" head? 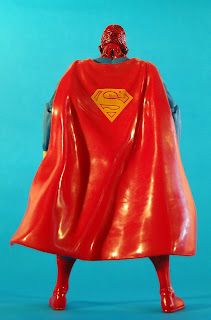 However, how Zombie Supes came to be is still shrouded in mystery. While this figure is obviously just Series 6 Enemies Among Us Superman with the Alien Head forever implanted, what's with the paint job? Why are there so many of these guys floating around out there on Michael eBay? Who's making them? Are they just having a bit of fun over at the factory in China?

I don't know. What I do know is that there's just something about Zombie Supes that may not be Epic or even Great but is definitely pretty damn good. In a perverse kinda way.

For ThEpic Review's Resident Evil Week, I also did Zombieriffic Reviews of the Tarman figure from Return Of The Living Dead from 2011 and Marvel Select's Colonel America from 2007. Do yourself a favour and check them out also!


HOARDAX is an extra-dimensional, plastic underlord who probably doesn't even exist. He lives on Hoard World and spends most of his free time on Facey B, where he commands his human assistant to transcribe everything that comes out of his mouth in real time. He has hoarded all sorts of wonderful things over the past 30 years that he'd love to talk to you about. You should drop him a line some time. As well as ThEpic Review, he has contributed content to Doom Kick, Dinosaur Dracula and Poe Ghostal. He's currently addicted to Hoardstagram.