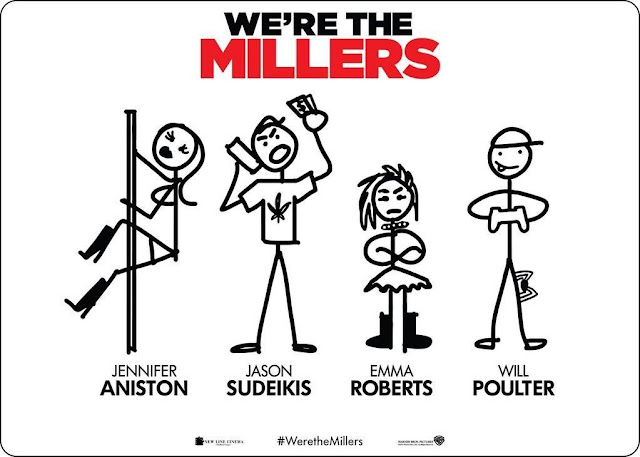 Could We're the Millers be the next surprise comedy hit for Warner Brothers?

At the beginning of the summer we saw the first trailer for We’re The Millers, a film about a very unconventional family who comes together for an epic drug deal. The insanely hilarious trailer left audience after audience dying of laughter despite the fact that trailer was attached to nearly every big summer release.  The response from the marketing of the film combined with Hollywood’s up and coming A-list comedy star Jason Sudeikis left many, including Warner Bros, to believe that they could have the next surprise breakout comedy on their hands ala The Hangover and Horrible Bosses.  So was We’re the Millers the start of the next surprise comedy franchise for Warner Bros., or did it just have a really funny trailer? Find out after the break…….


Sometimes the trailer is just funnier than the movie!


Unfortunately We’re the Millers suffered from the old "all the funny parts are in the preview" syndrome.  For some reason WB chose to put every major laugh in the aforementioned trailer, probably because they knew it was the only truly funny parts the film boasted and they just wanted to get butts in the seats for a big opening weekend.  Aside from the hilarious trailer, the scenes from the rest of We’re the Millers aren't bad, but they aren't that great either. 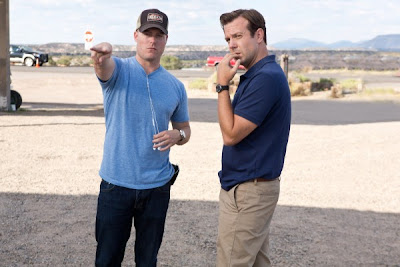 From the man that brought you DodgeBall !

It seems like with this film director Rawson Marshall Thurber, also known as the man who gave us DodgeBall, didn’t know what kind of comedy he wanted to make.  For example parts of We’re the Millers (mostly the parts from the original trailer) are raunchy, laugh out loud funny, with what remains being overly sentimental comedy.  Not many comedies can balance raunchiness and heart while still being funny, and We’re the Millers is the perfect example of that.  This uneven tone makes the raunchy over the top moments of the film not as funny because you have some emotional attachment to the characters, and the heartfelt moments feel cheap because those same characters have been exploited in some very extreme ways at other points in the film. 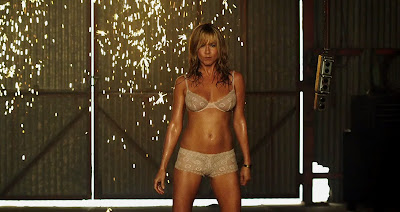 The cast of We’re the Millers is solid which each member contributing a laugh or two here or there with no one really having a hilarious or memorable performance.  Jason Sudeikis’s tendency to deliver over the top dialogue in an everyman type of way is definitely felt in We’re the Millers, keeping some of the more risqué parts of the film a bit grounded.  Will Poulter as Kenny Miller was really the comedic star of the film delivering the only semi-memorable moments such as the TLC and Spider bite scenes, both of which can be seen in the films trailer.  Jennifer Anniston did a great job here playing Jennifer Anniston adding little to the film in a comedic sense or otherwise.  Emma Roberts was as forgettable in the film as her last name insists, not adding much aside from stereotypical sad teenage girl problems (*Hey! I resent that! Editor Roberts*).  We’re the Millers also failed to make good use of it’s great list of co-stars leaving Nick Offerman, Ed Helms, and Kathryn Hahn with nothing more than idiotic roles rather than comedic ones. 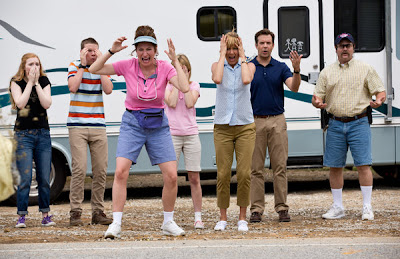 We're the Millers wasted some good comedic talent such as:
Parks and Rec stars Nick Offerman and Kathryn Hahn.

In the end, We’re the Millers was not the type of comedy franchise starter Warner Bros. was hoping for. Instead it may be remembered as the ultimate example of a comedy with all the funny parts being in the trailer.  It wouldn’t be a surprise if this film made audiences hesitant about seeing a new comedy the next time it has a truly hilarious trailer.  Hopefully this film will not be too much of a stumbling block for Jason Sudeikis who, even in a mediocre film like this, proves he has the chops to be the next great Saturday Night Live star turned movie star for decades to come.