NECA Reveals Nostromo Spacesuit from Alien for the 35th Anniversary 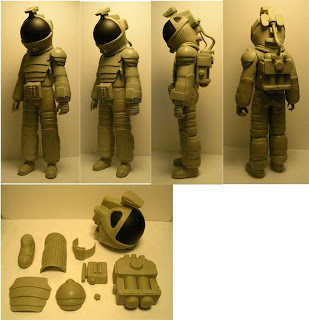 On their Facebook page, NECA has unveiled some early shots of the in-progress wax sculpt of the Nostromo space suit from Alien.  It looks awesome so far and definitely seems like it could be used a few times for NECA to release a few crew members like Kane and Dallas in the suits.  I had the super cool Alien Micro Machines playset that came out in the mid 1990s which included a space suit and, believe me, I loved the heck out of that thing.

Also, even if you're not an Alien fan, wouldn't this look decent standing inside your Castle Grayskull?