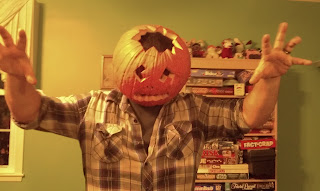 Yes, it's that time of the year again!!  Halloween!!!!  It's truly the most wonderful time of the year, and since I now have the platform to spread my own ghoulish cheer to you, you can believe that this year will be absolutely jam packed with hokey Halloween horror! I'm working non-stop to make sure that both you and I have the best Halloween yet, so drop by every (week)day for something new to get your ghost.  Here's five things I think I can offer to you this year:

I've already been on a consistent diet of horror movies for about two or three weeks now, and am preparing plenty of movie reviews so you know what to watch, what to skip, and what to avoid like the plague.  Yes, while I'm reviewing some old favorites and some true classics, I'm also skimming the cream of the crap to find the absolute worst (and best of the worst) films to experience and review.  There's a horror movie out this year about an evil Paul Bunyan, and I pledge to you that I'm going to watch that crap and give you a solid review.

More terror after the break.... 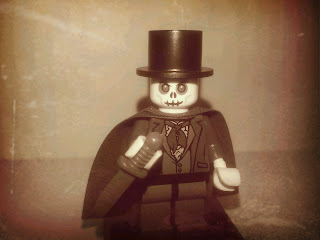 I love collecting horror based toys (if you couldn't tell from Resident Evil week), and now's the perfect time to bust out some reviews of them, both new and old.  Classic lines like Movie Maniacs, Silent Screamers, Scary Tales, and McFarlane's Monsters, as well as figures from Playmobil, Lego, and various horror movies will get the full treatment.  Also, any other toy reviews I manage to crank out will probably have pumpkins in them for no good reason other than that it's Halloween, darn it!

3. Top Ten Lists for those in need of help! 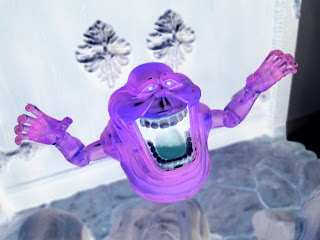 Yup, Halloween is definitely a great excuse to put awesome stuff up around your house that you typically couldn't get away with unless you're a serial killer (which I hope you're not), so get ready for the latest techniques, decoration reviews, and pictures from haunted houses of years gone by. Also, if you've done something really cool and decorative, send it to me. I'll probably post it since it's easier for me to do that than to write something new.

5. Other tricks, treats, and surprises! 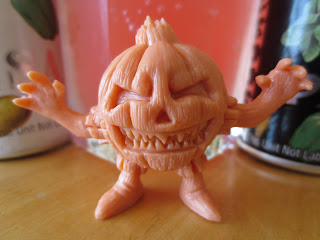 One of the best things about Trick or Treating is that you never know what's going to end up in your pillowcase (they hold more than the plastic pumpkins, as iconic as those are); it could be something cool like candy bars, money, or wax lips, or it could be something crappy like dental floss, raisins, or unwrapped M&Ms.  Be on the lookout for videos, interviews, and even a special two weeks devoted to one of my favorite horror directors and his films.

It's going to be a confirmed: Epic Halloween!