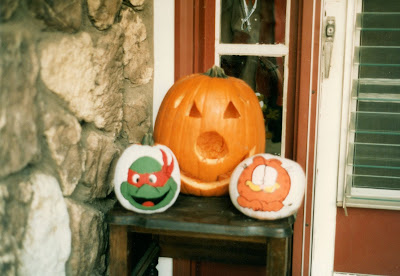 Happy Re-Halloween, everyone!  Hope everyone had a spooky night last night and is ready for another week of fun! Right now, however, I'm getting ready to announce the winners of our 2013 Epic Grab Bag Contest. As part of our Hokey Halloween Horror 2013 we offered up three great prizes: a Decayin Dom figure from the first series of Jakks Pacific's S.L.U.G. Zombies, a Catwoman figure from Kenner's Legends of Batman line, and the grand prize- a 1966 Adam West Batman figure from Mattel's new Batman line. Ready for the winners?

OK, here's how the drawing was held: I rounded up all of our entrants (remember, you could enter more than once- up to eight times) and tied each of them to a D.I.N.O. Mites figure that I found in a drawer at my parents' house (don't worry, I found a ton of D.I.N.O. Mites). I then made my list of who was tied to each D.I.N.O. Mite and dropped them into an orange Halloween pail that was actually used for Trick 'r Treating and then proceeded to draw out three winners- the first winner gets the S.L.U.G. Zombies, the second gets the Catwoman, and the third and final gets Batman. Ready?  Let's do this! Winners revealed after the break..... 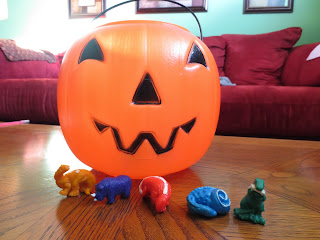 For the first prize of the S.L.U.G. Zombie, Momecue 17 will draw. And the winner is: 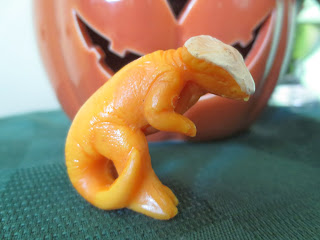 For the second prize of the Legends of Batman Catwoman figure, Arathaelia will draw. And the winner is: 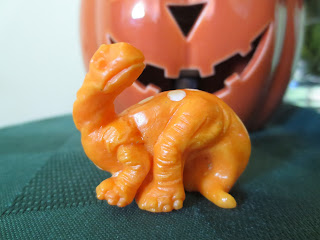 For the third and final prize of the Adam West Batman figure, I'm drawing. And the winner is: 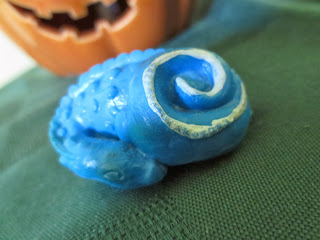