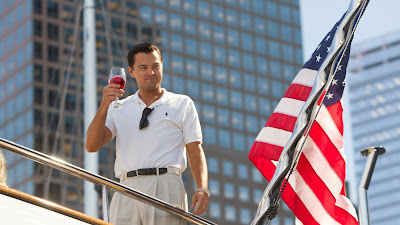 Someone get this man an Oscar!

Most people have one opinion of  Martin Scorsese films, generally considering them instant classics upon a single viewing just because of the director's name being attached to the film.  I have always found Scorsese's work to be very well done, but have never been one to consider a film a classic because it was laced with gangster delivered f-bombs.  This Christmas, however, came something different from the director; maybe not quite as different as last year's Hugo but still a break from the gangster sub genre Scorsese has been so closely associated with over the course of his career.  This time the world famous director instead chose to focus on financial corruption in the form of the retelling of the real life story of the man known as the Wolf of Wall Street: Jordan Belfort, portrayed by Leonardo DiCaprio.  So was The Wolf of Wall Street something refreshing from one of the best directors alive? Will he finally be able to direct Leo to an Oscar win? Find out after the break... 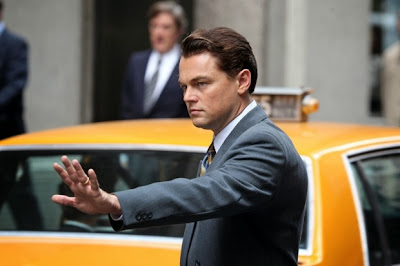 This film may not be Taxi Driver, but....

Perhaps the best way to describe The Wolf of Wall Street would be EXCESS! The film is literally massive clocking in at a 2 hour and 59 minute run time, but that's not the true excess this film has to offer.  The film may not be loaded with gangster's delivering F-bombs, but it has more than it fair share from the men of Wall Street. The film also boasts loads of nudity, and enough drug and alcohol abuse to make The Hangover series look like Disney films.  Does any of this make The Wolf of Wall Street a bad film? NO! While the film feels long at spots the running time is justified by the time span being covered.  As for the rest of the excess, Scorsese uses it the paint a sometimes bombastic but believable portrait of the lifestyle that Jordan Belfort and his cronies were living in the late 80's and early 90's.  It's a lifestyle that would make Gordon Gekko jealous! 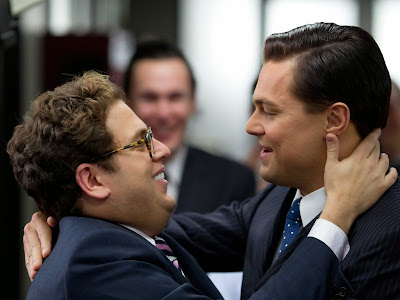 What really makes The Wolf of Wall Street work, even within the context of excess, are the performances, primarily the performances of Leonardo DiCaprio and Jonah Hill, as the other big name star of the film Matthew Mconaughey only appears briefly. After all, no one wants to watch uninteresting people sleep with hookers and do smack for nearly 3 hours, but the duo of Hill and Leo will have you laughing, crying, and undoubtedly shaking your head as the two navigate themselves through the lifestyles of the rich and famous.  A few years ago who would have thought that anyone would have been mentioning the names Jonah Hill and Leonardo DiCaprio in the same sentence?  Now it would not be surprising if both took home an Oscar for their work in the same film. 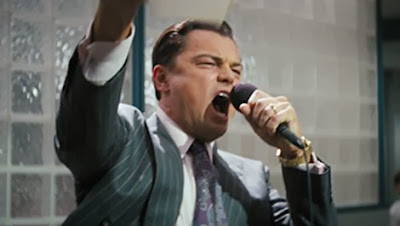 The Wolf of Wall Street, is truly a DiCaprio film

Make no mistake The Wolf of Wall Street is a Leonardo DiCaprio film more than it is a Martin Scorsese film.  What I mean by this is perhaps more than any of the films he has been in Leo, carries this film, albeit with some help with Jonah Hill.  DiCaprio chews the scenery in the film and in a good way, whether he is giving a rousing speech to his co-workers or delivering an inner-monologue that puts Ray Liotta to shame.  The Wolf of Wall Street should be to DiCaprio what The Departed was to Martin Scorsese, a great film that may not be the best film of a career but a film that should give an icon in the industry his long awaited Oscar!