While Short Term 12 didn't make a run for best picture,
it is still widely considered one the best films of last year!

After taking home every major award at the 2013 SXSW film festival and being heralded by many as the best film of 2013,  film fans have been eager to see Short Term 12.  I, like many, saw this film make nearly every major critics top list of last year and was disgruntled that no theatre in my area carried the film.  While last year was great for coming of age films such as The Way Way Back and The Spectacular Now ,the premise of director Destin Daniel Cretton's Short Term 12 seemed like a film that would give us something more.  Well, now that the film is finally available on blu-ray and video on-demand, we can finally find out ifit delivers after the break.... 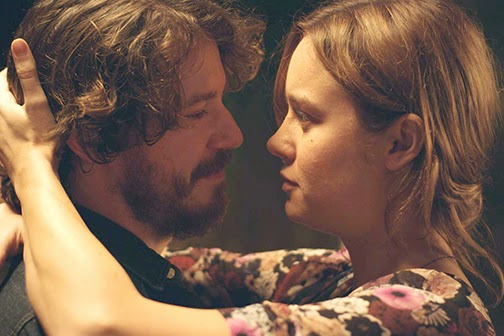 What makes Short Term 12 such a different coming of age film are the dual stories of the abused and neglected kids who have to stay at the Short Term 12 foster shelter and the complicated love story of two of the shelters employees Grace (Brie Larson), and Mason (John Gallagher Jr.).  This love story grounded in gritty realism is one of the films most enduring attributes,  but makes for a very somber story.  Make no mistake, Short Term 12 will not leave you with the warm and fuzzy feeling a lot of festival films usually do. Rather, the film succeeds on larger terms by making you rethink the mission of your own life.  What are you living for? Is it simply a paycheck or is it to make a difference by leaving a positive mark on the life of those you interact with on a daily basis? Are you willing to give happiness a chance?  These are the sort of life defining big questions Short Term 12 asks.

The film is able to ask such key questions because it is brilliantly woven together by Cretton who not only directed but also wrote the film.  As Mason and Grace are actively trying to make a difference with the kids at Short Term 12, the film also allows you glimpses of how people like the ones Mason and Grace are trying to become made a difference in their own lives.  For Mason it was his foster parents whom he truly considers his own and for Grace, perhaps that person is Mason.

While Short Term 12 may be impactful in making you ponder your purpose in life while making you laugh one minute and cry the next, this emotional roller coaster ride isn't for everyone.  The subject matter is overtly serious and, besides making you ponder your own purpose, deals with some serious issues such as sexual abuse, rape, teen suicide, and drug abuse.  While the film provides perhaps the most important commentary we have ever seen on child abuse and neglect in film, in the end Short Terms 12's ups never quite can match its downs, leaving the film a few steps shy of perfection!