Should we still believe in Aaron Eckhart?: I, Frankenstein Review 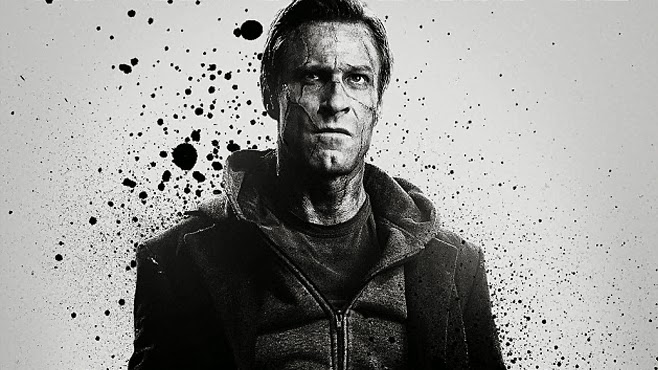 Will you believe in Aaron Eckhart after I, Frankenstein?

We are only a month into 2014 and critics everywhere seemed to have already have decided what the worst movie of 2014 will be: I, Frankenstein.  While January has traditionally been reserved as a dumping ground for the worst films Hollywood has to offer, the past two years two have seen gems sneak through: The Grey in 2012, and Hansel and Gretel: Witch Hunters last year.  Despite Hansel and Gretel's negative critical reception the film manged to make Barbecue 17's top ten of 2013.  With belief in Aaron Eckhart intact even after Olympus Has Fallen, did we get another January surprise or the typical January turd? Find out after the break..... 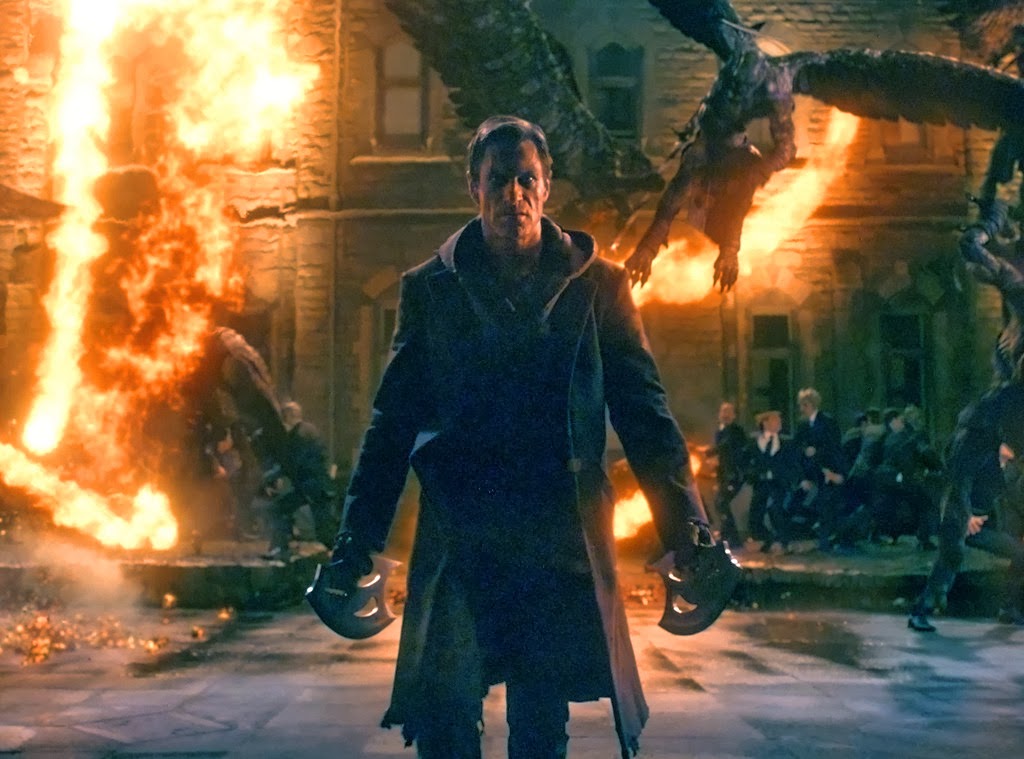 I, Frankenstein was littered with terrible
green screen shots like the one seen here!

﻿From the moment the opening scenes rolled the answer to that question was pretty evident:
I Frankenstein was destined to be the January turd we all expected.  Throughout it's entirety director Stuart Beattie broke not just one, but several of the cardinal rules of film-making.  The sins of film included in I, Frankenstein include, but are not limited to: long voice over monologues explaining multiple important plot points (none of which are ever shown), starting an action scene and not showing its completion on film, and  over 90% of the film appearing as if it was shot on green screen.

Jai Courtney is one of the many C-list actors Eckhart is asked to work with in I, Frankenstein!
﻿
The plot of I, Frankenstein revolves around an ancient war between Demons and Gargoyles who are portrayed by C-list actors such as Jai Courtney with Eckhart caught in the middle. This could work, but the problem is the reason for the war and it's mythos were completely glossed over .  As much as I love Aaron Eckhart, he looked lost in a film that could not seem to define itself tonally.  One minute the film takes itself serious and Eckhart thrives but the next minute the film seems to want to be outright campy and Eckhart's talents seem utterly wasted.

Stuart Beattie: What the Frankenstein were you thinking?

﻿    In the end I, Frankenstien is a bad film, but what type of bad film is it? As film fans, we know there are different types of bad films: ones that are so bad they are funny and fall into the guilty pleasures category while others are just plain bad.  I, Frankenstein could possibly fall into the guiltily pleasures category, but the fact that it's more sad than bad keeps it from even reaching that level of bad.  It's sad because there was an opportunity for a great Frankenstein film here and instead we get a Frankenstein that disgraces not just the Dark Storm studios comic book the film was based on but Mary Shelley's Frankenstein character all together.  With the right director and proper attention to detail, I feel confident Aaron Eckhart could have been a great Frankenstein for a new generation.  So yes, we still believe in Aaron Eckhart!  However in the end all we get is another forgetful January turd that will make a strong run for the title of worst film of 2014.   With all due respect, I believe if Frankenstein creator Mary Shelley could rise from beyond the grave as her famous character did, she might give director Stuart Beattie a swift kick in the butt for butchering the story of her beloved character for a new generation!