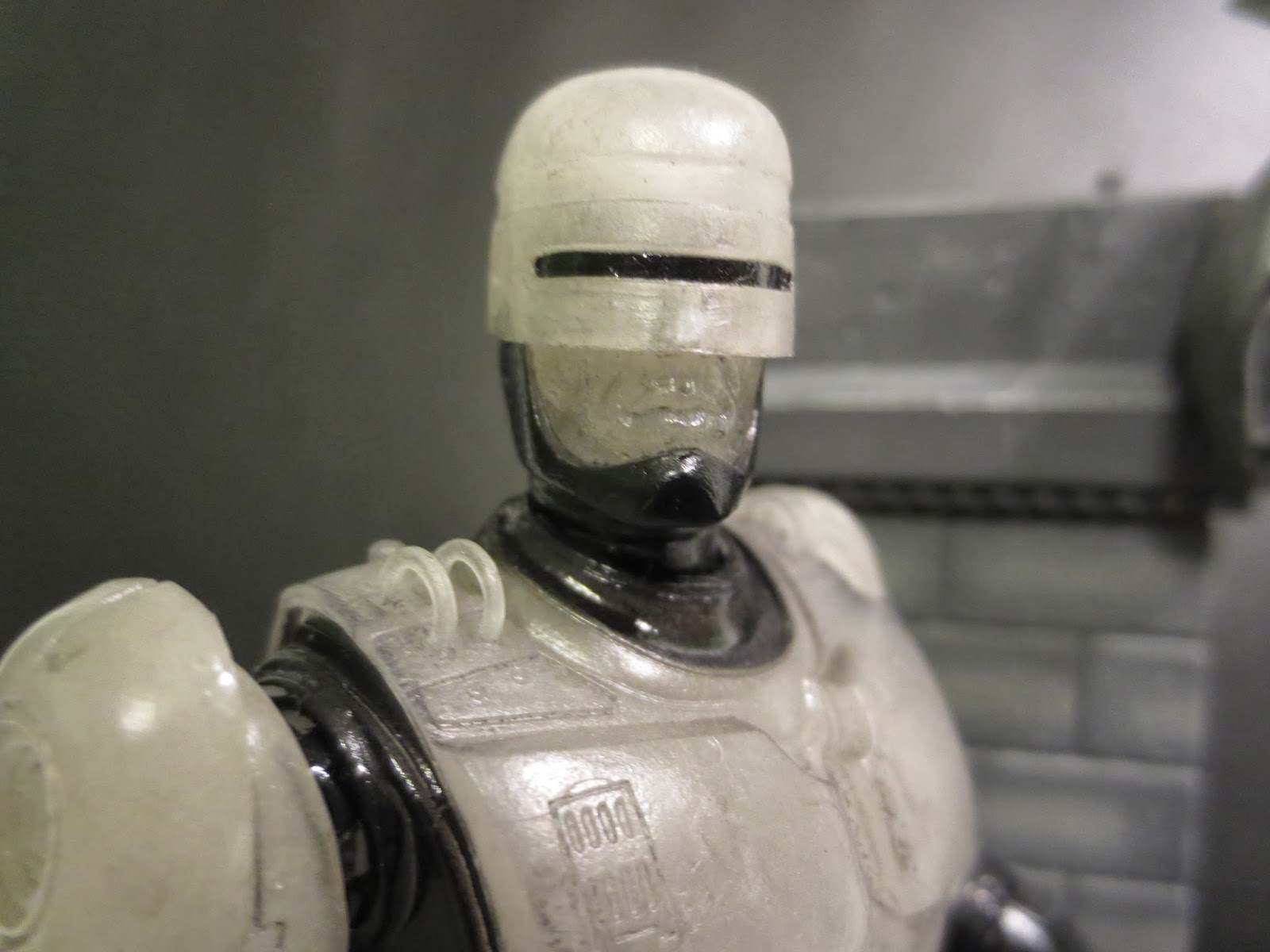 Back in 1989 Kenner Toys released their second series of RoboCop and the Ultra Police figures based on the animated series (and the incredibly violent, R-rated 1987 film). I distinctly remember going to the store and buying two figures from that second series: The villainous Scorcher and Nightfighter RoboCop. Not only did Nightfighter RoboCop glow in the dark but he also featured a massive gatling gun in place of his right arm. While most of my childhood RoboCop collection got sold off at some point, I have fond memories of that figure. Fortunately, NECA stepped in and released an updated version of Night Fighter RoboCop in 2012 in homage to that classic figure. Why would RoboCop need to glow in the dark? Who cares! For more glow in the dark, night fightin' fun, join me after the break.... 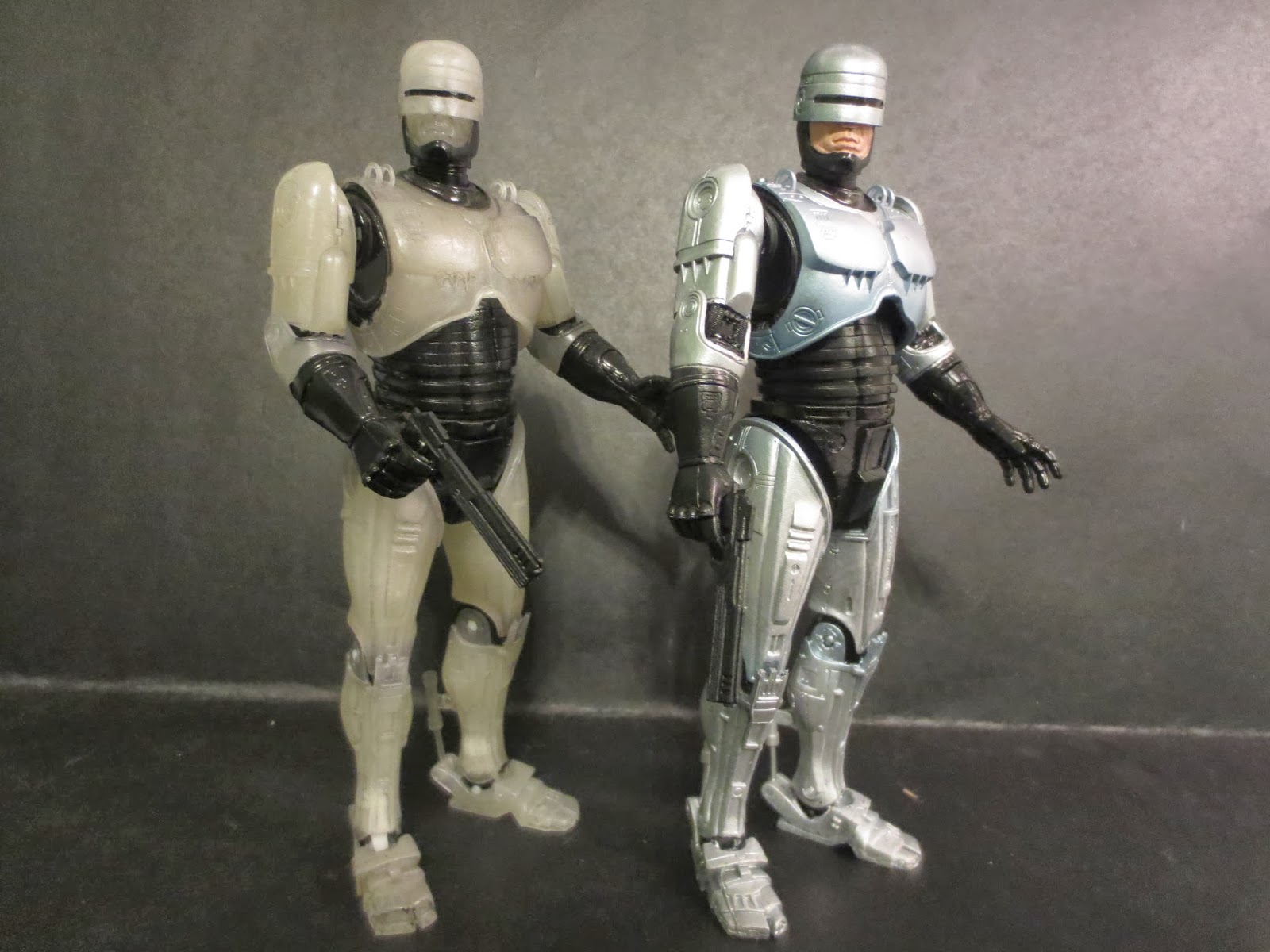 Night Fighter RoboCop is a repaint of NECA's first RoboCop figure. That's not a terrible thing, though, as this guy is based on a great original sculpt. RoboCop stands 7 1/4 inches tall which seems about right; it certainly makes him taller than most other NECA figures which makes sense since RoboCop was a tall guy. It might be tough to tell since the figure is molded only in black and glow in the dark plastic but the sculpt is the typical high quality work that NECA is known for. The weird design might make the figure fit in less with your other action movie lines, but he'd probably look great with some of the Kenner Predators. 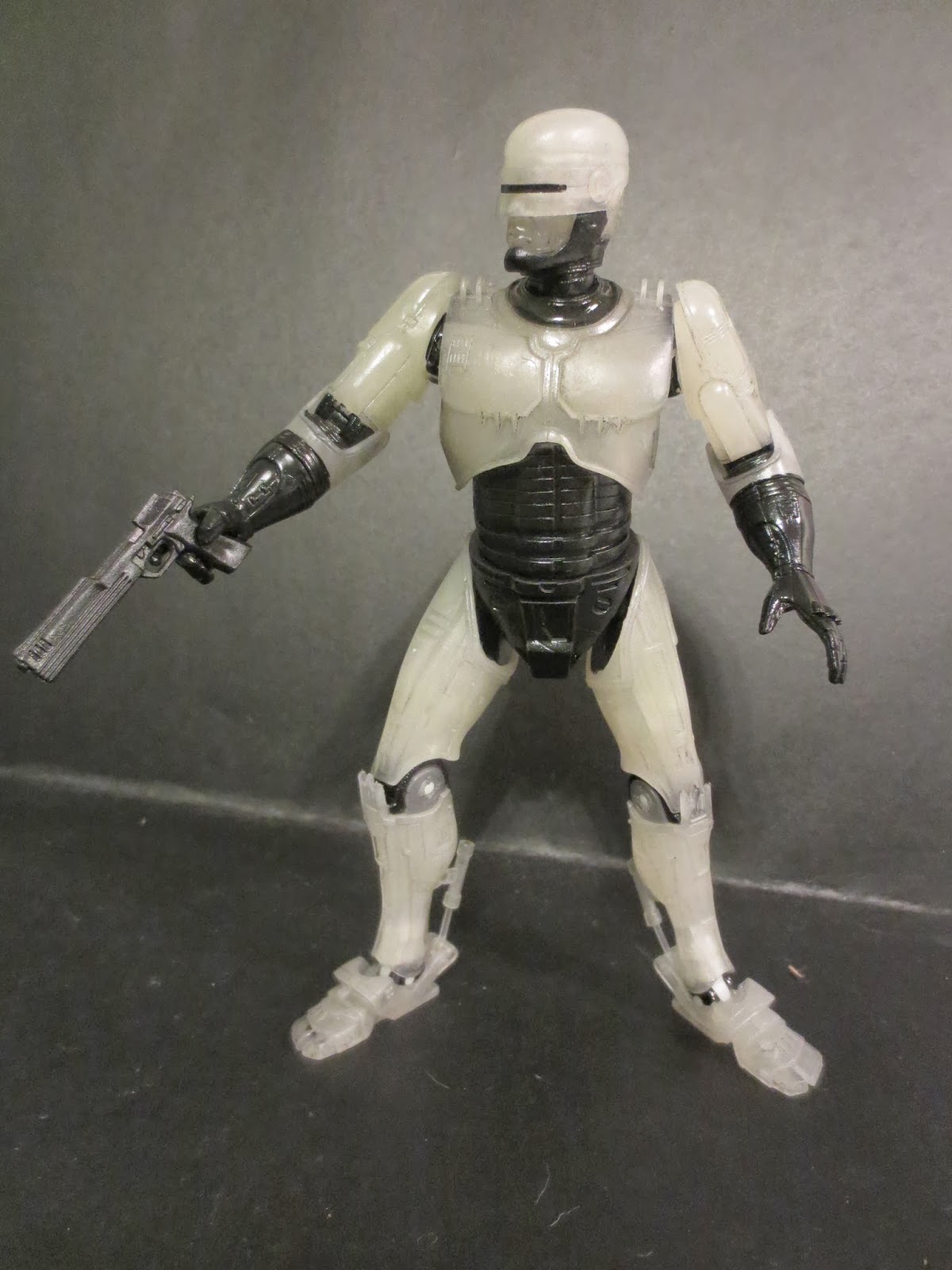 RoboCop was released back when NECA was just starting to really improve the articulation of their figures. He's not as great as newer releases like the Rocky or Predator figures but he still has most of the joints that he needs: hinged ankles w/ working pistons, hinged knees, ball jointed hips, a ball jointed torso, swivel/hinge shoulders, hinged elbows, swivel forearms, and a ball jointed neck. Be careful with the pistons on the ankles, as they seem like the could be a bit fragile! Everything else works fine, though, and while the movement might seem a bit stiff and restrictive it really does match the source material. The ball jointed neck is fantastic and allows for some great, expressive poses. Not that RoboCop is terribly expressive. 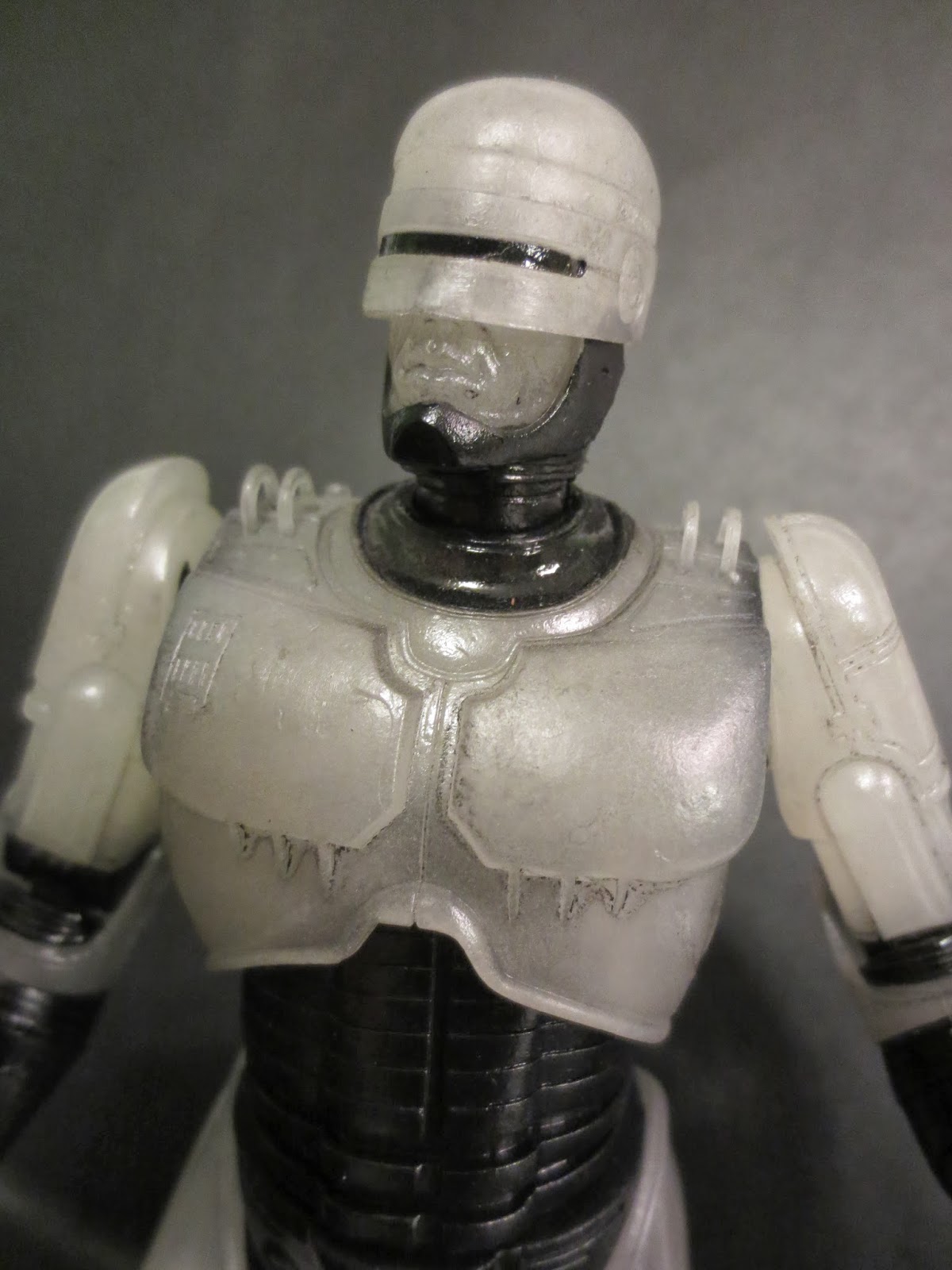 I mentioned that this guy is simply a repaint of NECA's first RoboCop figure, but since I've never reviewed that figure on here I had better go through all the motions. First, NECA accurately captured the bulky, robotic appearance of Murphy after his transformation. Each element of the body is incredibly detailed and features all of the ridges, panels, and rivets seen in the film. It's tough to tell how good the headsculpt is here due to there being no paint, but it really does look quite excellence. I really hope NECA someday releases a Murphy with a removable helmet, but they've at least nailed the helmeted look. On his shoulders are the little rings. One of the rings on my standard RoboCop figure snapped off very easily but these seem to be far less brittle. One of his knee pads is a bit misshapen, though. Overall, this is still an excellent sculpt, even if it's difficult to tell due to the paint (or lack thereof). 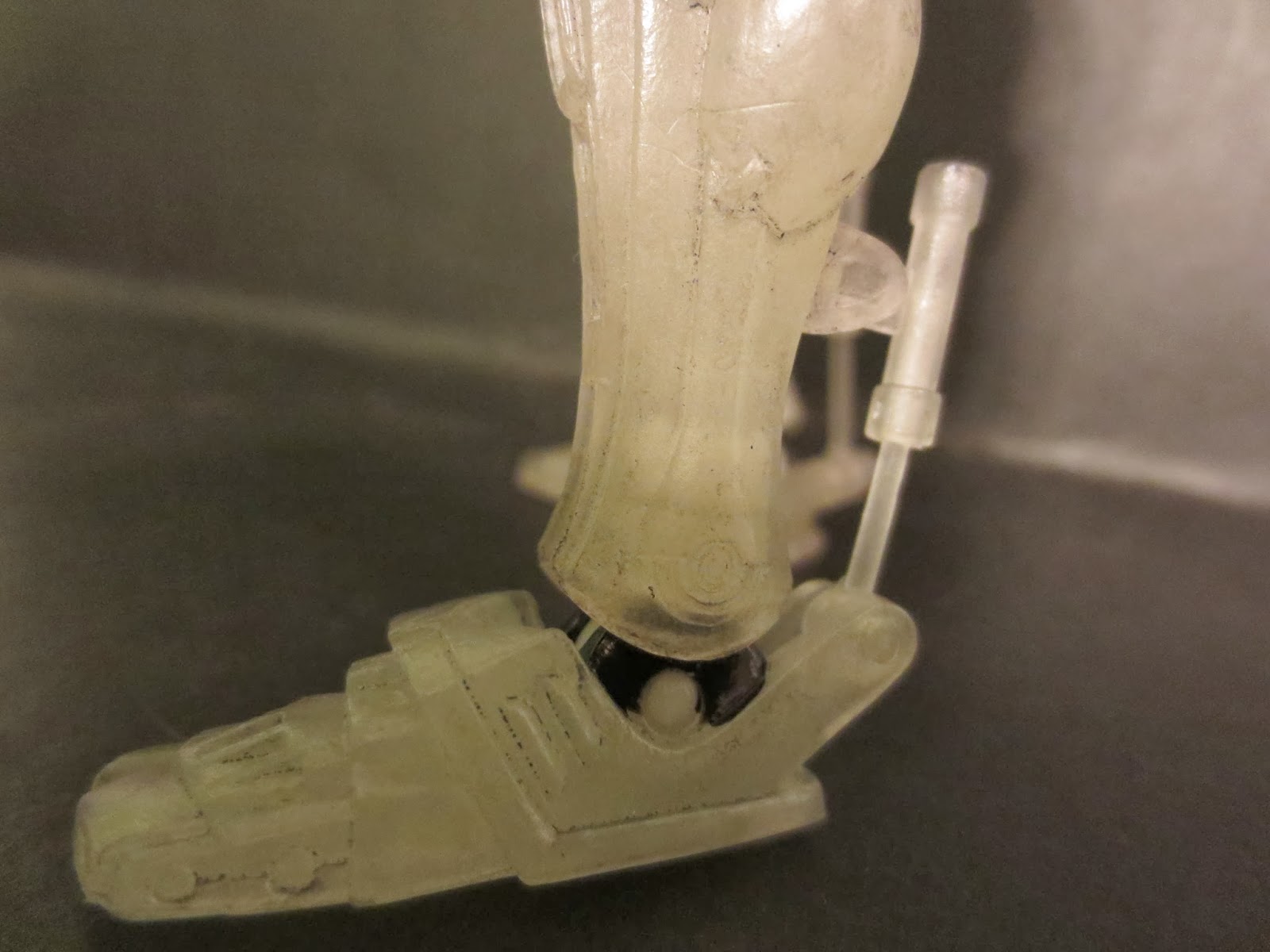 Mostly this figure is molded in a glow in the dark paint for the traditionally gray/blue bits and black for everything else like the abdomen, gloves, and chin strap. I love that NECA gave this nod to the Kenner figure and also got more mileage out of a mold, at the same time, but I really think they could have done so much more. Even if they didn't add the cool metallic blue paint apps like the vintage figure, why not at least try and replicate the cool red visor? I think that really would have made this guy stand out. Also, why in the world didn't they paint Murphy's face? I think this would have greatly added to the appeal of the figure, don't you? It would have looked more like an actual RoboCop.... uniform or suit? I'm not sure what OCP would refer to different armor selections as, but it would have looked better than leaving his chin to glow as well. 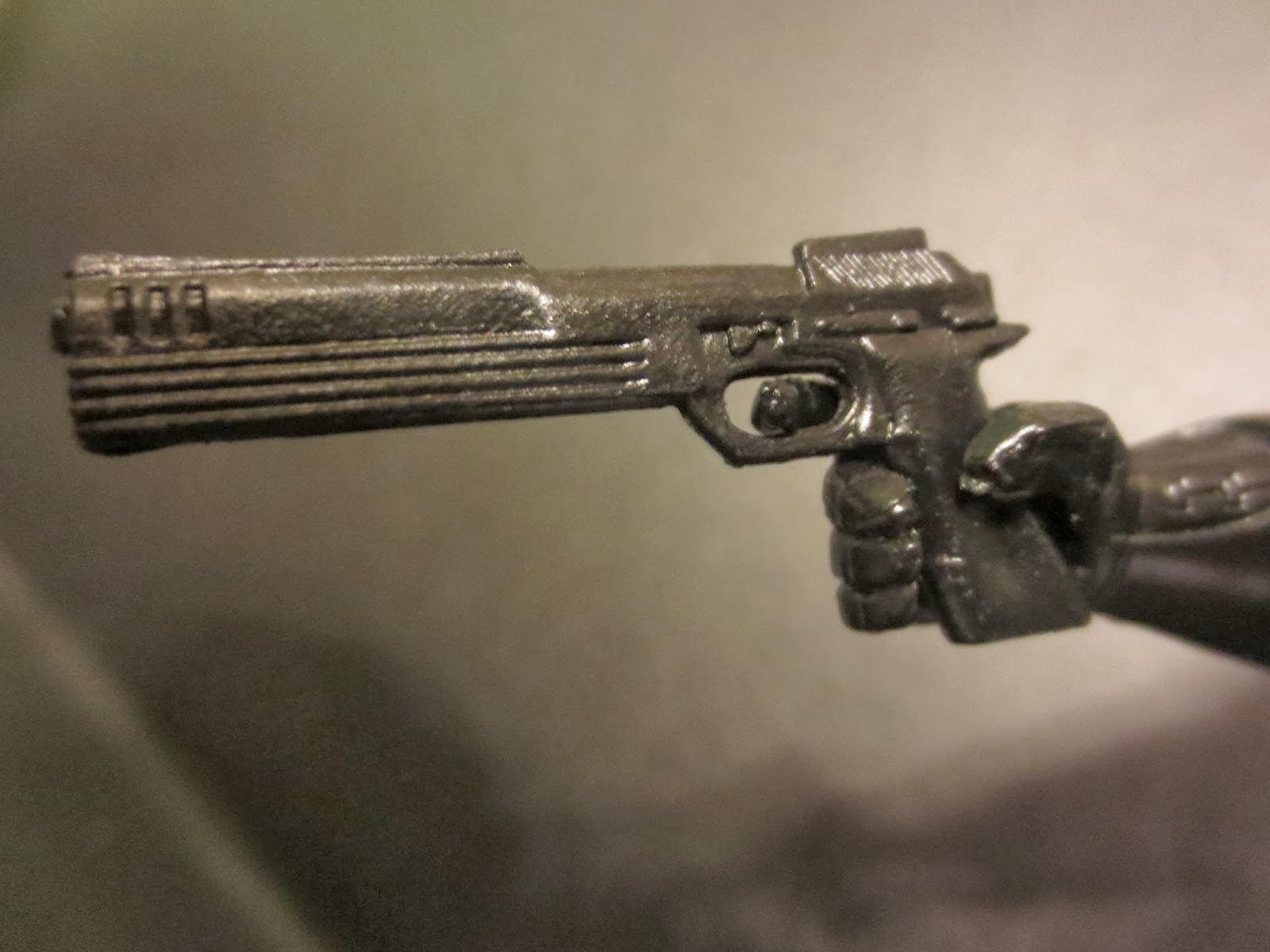 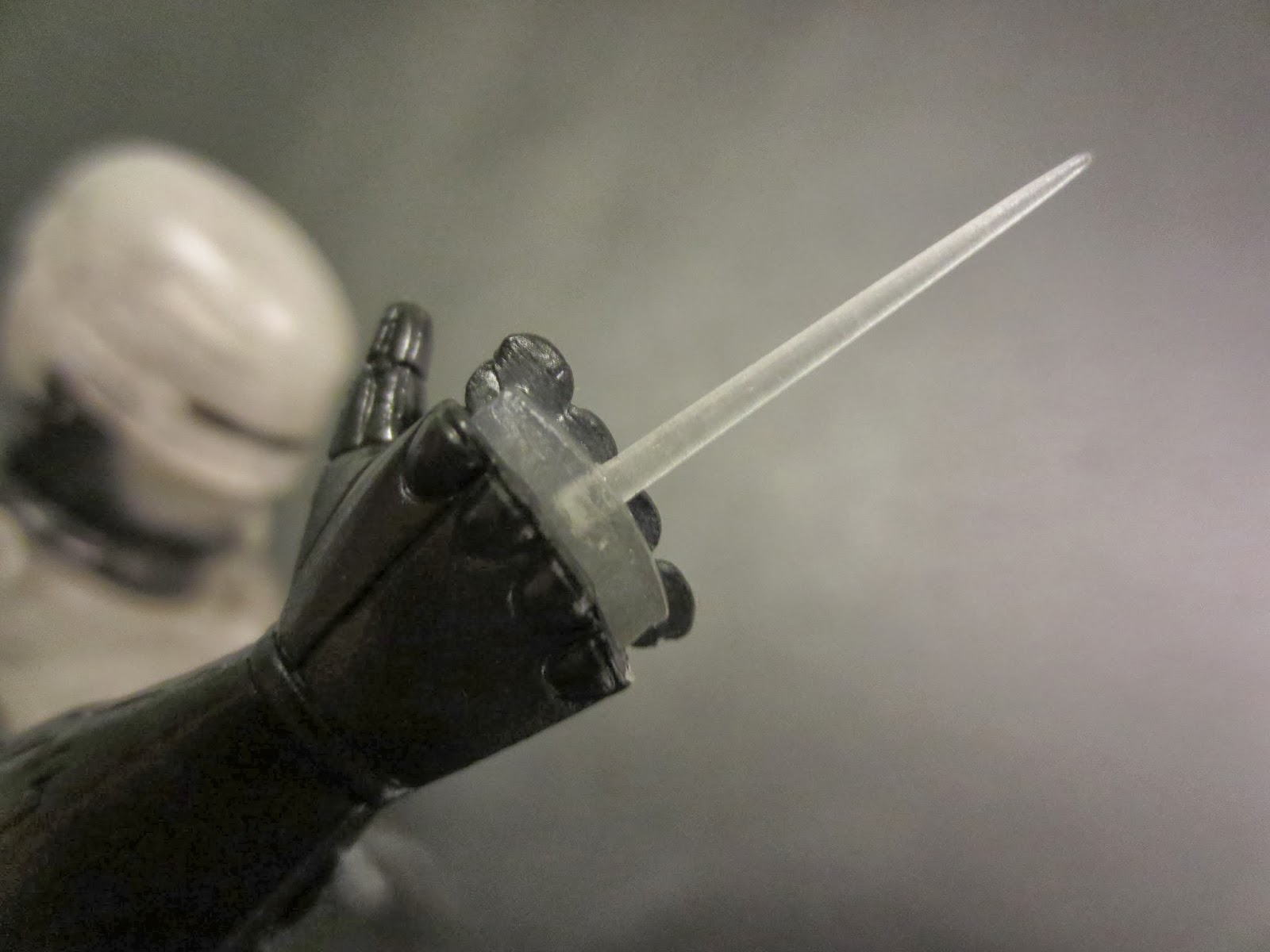 RoboCop comes with the same two accessories NECA's first RoboCop came with: His Auto-9 pistol and an alternate hand with an extended data spike. The right forearm is easily removable and the data spike hand can slip right on. It looks very cool and glows in the dark, too. The Auto-9 pistol is instantly as Murphy's massive pistol and fits fairly well (but not perfectly) in his standard right hand. This is a fine complement of accessories but since one of the best parts of the vintage Nightfighter Robocop was his massive right arm mounted gatling gun, an extra arm mounted weapon would have been very welcome. I'm actually a bit disappointed NECA didn't go for that. 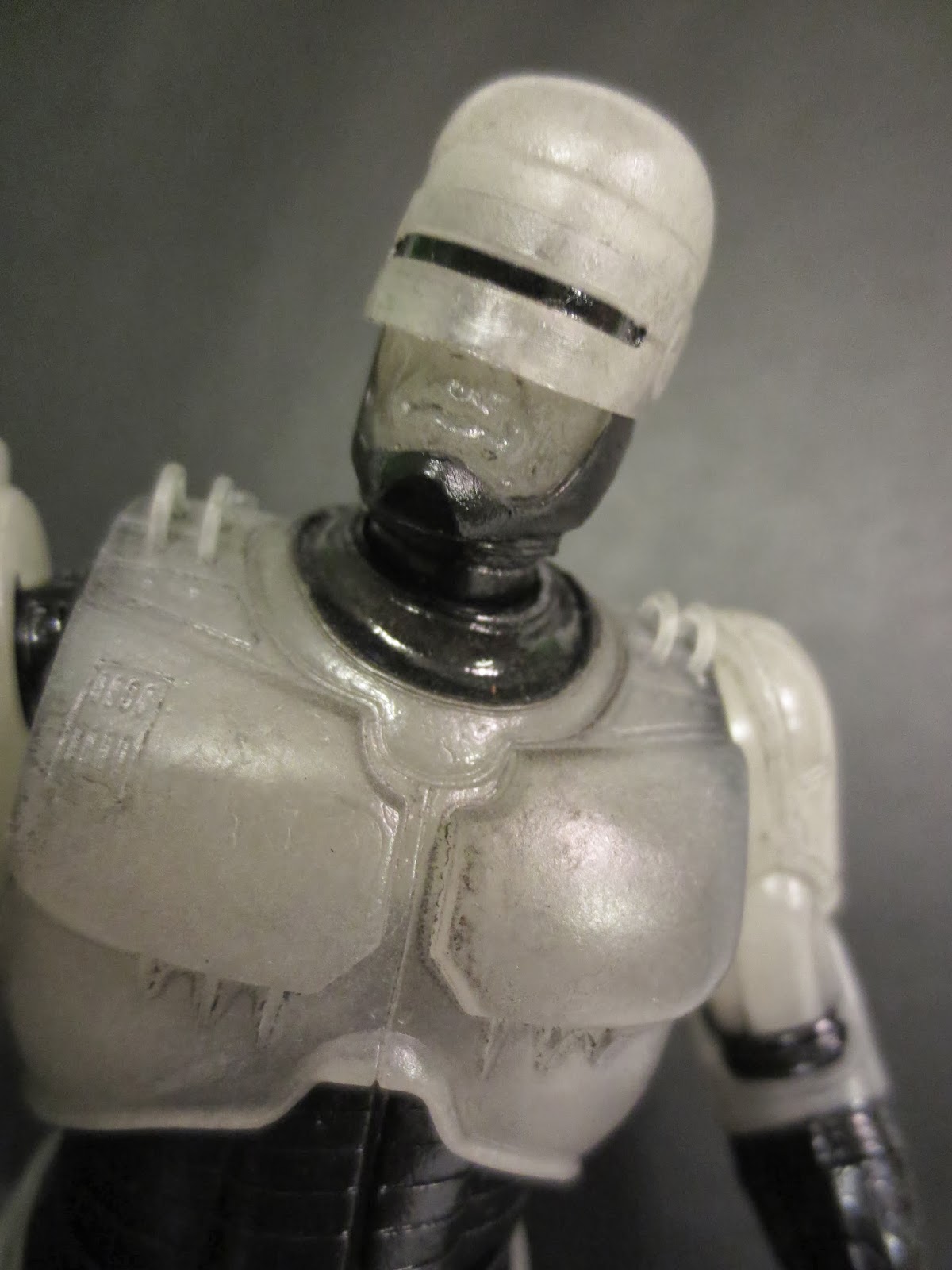 For those collectors who, like myself, fondly recall Kenner's Nightfighter RoboCop, NECA's Night Fighter RoboCop provides a warm rush of nostalgia. It's far from a perfect figure, though. I really wish that small details like a red visor, a painted chin, or some blue highlights would have been considered. If this guy had a swappable cannon arm, I think it would probably be my favorite RoboCop figure ever. As is, this is a Good figure, but nothing more. It's fun and definitely a conversation piece, but it really isn't as successful at recreating its source material as many other NECA products have been. Still, he's much cooler than your standard nightlight. 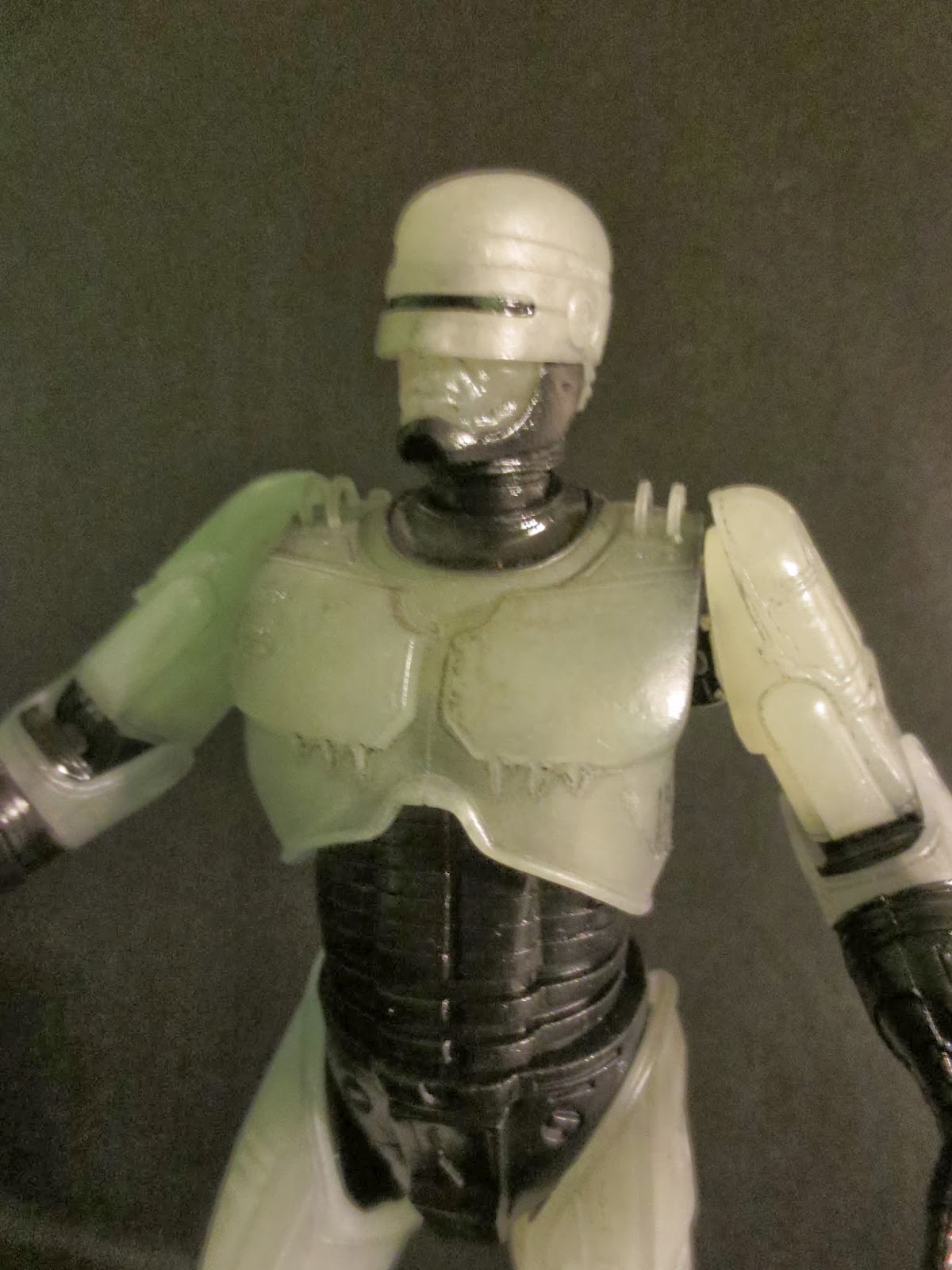 Big Bad Toy Store has a ton of RoboCop stuff available for sale and preorder, but unfortunately this guy is all sold out. You'll have to shop around for him. I haven't review any other RoboCop toys from NECA or Kenner, but I have reviewed the Jada Toys Robocop 3.0 from the new film here.