Prayers for a Young Brony in North Carolina 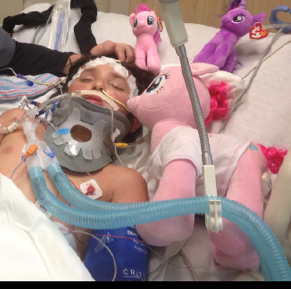 Anytime someone tries (or succeeds) in taking their own life, it's tragic. It really hurts to think that someone else out there is hurting out there so badly that the only thing that seems rationale to them is to end their life. It's even worse when this decision comes from someone so young. Right now, I know I'm praying for a young man named Michael Morones (also from the Hollywood Foothills of North Carolina) who was bullied at school for being himself. And guess what he was bullied about? Liking My Little Pony: Friendship is Magic. Yes, kids who knew this 11 year old boy tormented him ruthlessly into a dark corner because Michael liked a fun, colorful show about talking ponies. A show that casually makes references to Doctor Who, The Big Lebowski, and Escape from New York like it ain't no thing. For this, Michael somehow became less of a person in the eyes of others. Sadly, Michael attempted to hang himself about a week ago. He's currently in intensive care in a hospital with damage to his heart, brain, and lungs. Doctors are still working as it seems right now he is rather unresponsive.  Fortunately, there has been an outpouring of support for Michael. Not only has the MLP:FIM cast gotten involved but so has the 501st Legion. More thoughts from me after the break.....

First, I want to say to Michael and his family that I'm praying for you guys. I'm an adult male, a professional in my field, a husband, a father, and guess what? I think My Little Pony: Friendship is Magic is pretty cool, too. If you cling to the things that you love and believe in, eventually you'll find others who are like-minded. Life gets pretty dark sometimes and sometimes you just have to hang on. I hope you all make it through this terribly painful time in your lives and that your faith and the love your family has for each other sustains you all.

Secondly, to others who might be suffering in silence: please talk to someone. I hope rather than focus on the divisiveness that the internet sometimes brings (seriously, last week when doing some research on something Batman related I ran across a forum of people personally ripping each other apart because some preferred Michael Keaton's Batman and other preferred Christian Bale's Batman) you'll focus on the way the internet can bring us together. I've met people that I share all kinds of interests with. Never would I have thought there were communities where people sit around and talk about action figures, Masters of the Universe, and Batman continuity all day long. If you're really feeling lonely and thinking about harming yourself, please reach out. Places like the National Suicide Prevention Lifeline are always available 24/7 to talk with you and offer you some help and some hope. Please utilize these resources!

Lastly, if you're the kind of person who berates other people for the stuff they like, just knock it off. Seriously, it's fun to argue amongst friends but some people really love to zealously punish others just because they have different interests. Unless someone enjoys doing something completely awful like punching babies or something, just leave it be if you don't have anything nice to say. If it prevents something like this from happening again, it is worth keeping your mouth shut.

If you'd like to help support Michael and the medical bills that will inevitably stack up, head on over here today.