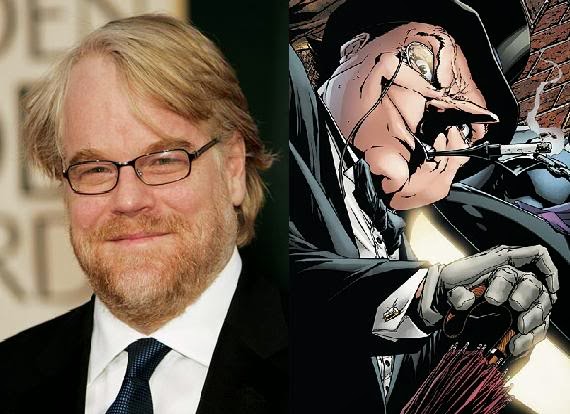 Phillip Seymour Hoffman, dead at the age of 46!

The man a generation of Batman fans dreamed of portraying The Penguin, was found dead earlier today.  Sadly we will never see Hoffman portray Oswald Cobblepot on screen due to a heroin overdose earlier this morning at his Manhattan apartment.  Our reference to Hoffman always being linked to Penguin rumors is meant in no way to demean the Academy Award winning actor's career who dazzled as Capote and gave a performance to rival even the best of Bond villains as Owen Davian in Mission Impossible 3.  However sometimes the saddest part of a legend passing is pondering what they will never get to accomplish.  Most recently Hoffman portrayed Plutarch Heavensbee in the Hunger Games film series, the actor is said to have finished all shooting for The Hungers Games: Mocking Jay Part 1 due out November 21st.  As far as Mocking Jay Part 2 out November 20th 2015, Hoffman apparently Hoffman had seven days left of shooting and it is unclear how Director Francis Lawrence will handle this tragic loss.

UPDATED: Lionsgate has officially announced that Hoffman's tragic passing will in no way affect the Release dates of the last two Hunger Games film, and his role of Plutarch Heavensbee will not be recast or cut from the film!