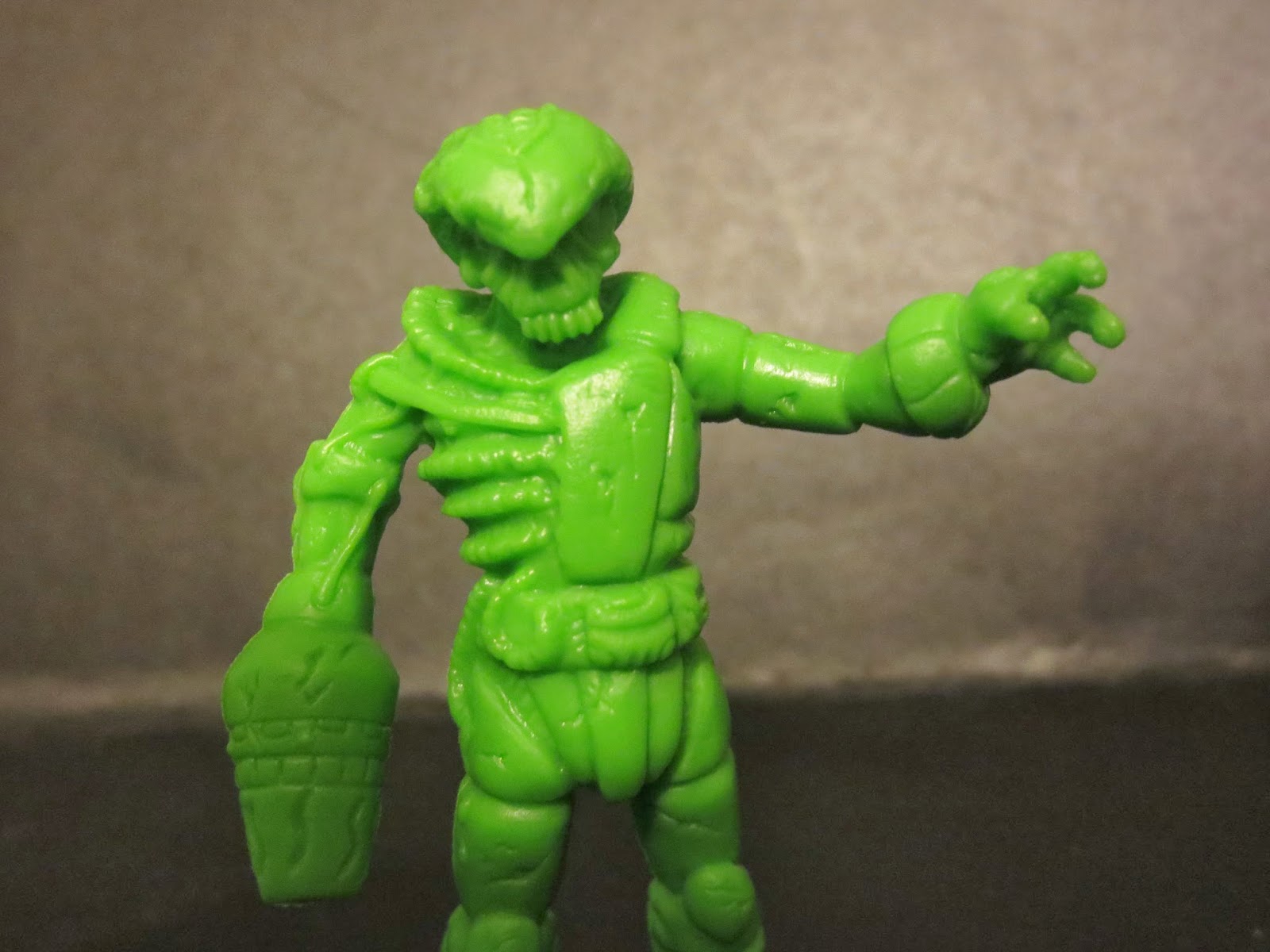 Every month October Toys puts up some cool new minifigures on their site. For March, October toys offered two: The new minifigure Brocotal in a Leafy Green color and the previously released Zombie Pheyden in a Lucky Green color scheme. While I missed out on Brocotal (CURSES!!!) I did manage to snag Lucky Green Pheyden. Tying in with St. Patrick's Day, Zombie Pheyden's bright green color scheme is intended to bring luck to whomever totes him around in their pocket, tucks him into the corner of their cubicle, or stashes him on their toy shelf. Based on Pheyden, a space traveler from the Glyos System of toys, Zombie Pheyden is a creepy little minifigure that is just ready to join the rest of your minis. Ready for a closer look at him? Then join me after the break... 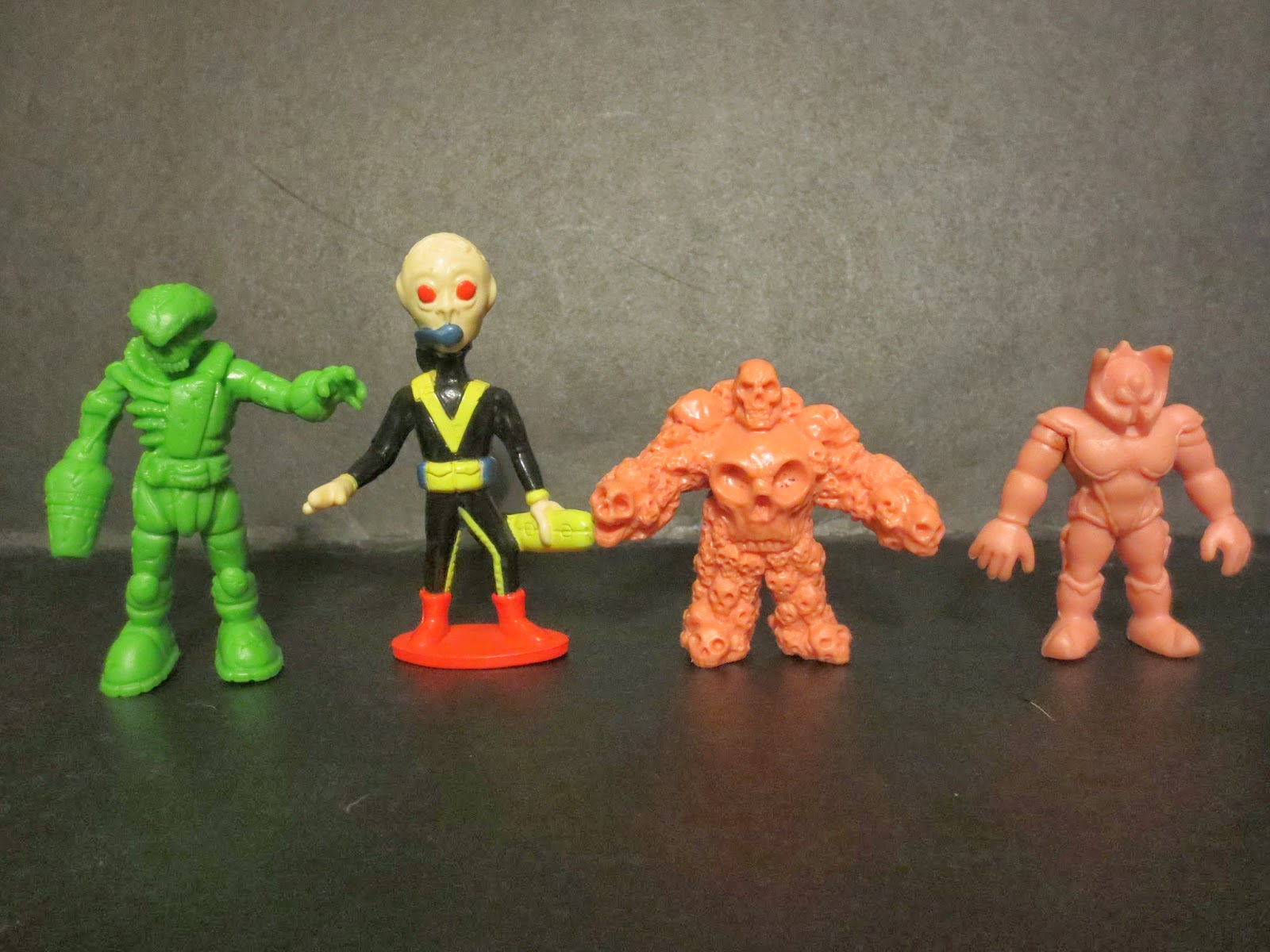 Based on the design by Matt Doughty/ L'amour Supreme and sculpted by George Gaspar, Pheyden is a neat little mini that should fit in with multiple minifigure collections. He's actually around 2 1/4 inches tall which makes him a little taller than the average minifigure from lines like OMFG, M.U.S.C.L.E., MWOTR, S.U.C.K.L.E., and Monster in My Pocket, but his design works as a taller, alien like creature. He also fits in great with SLUG Zombies. Remember, this is a solid PVC figure with no articulation. 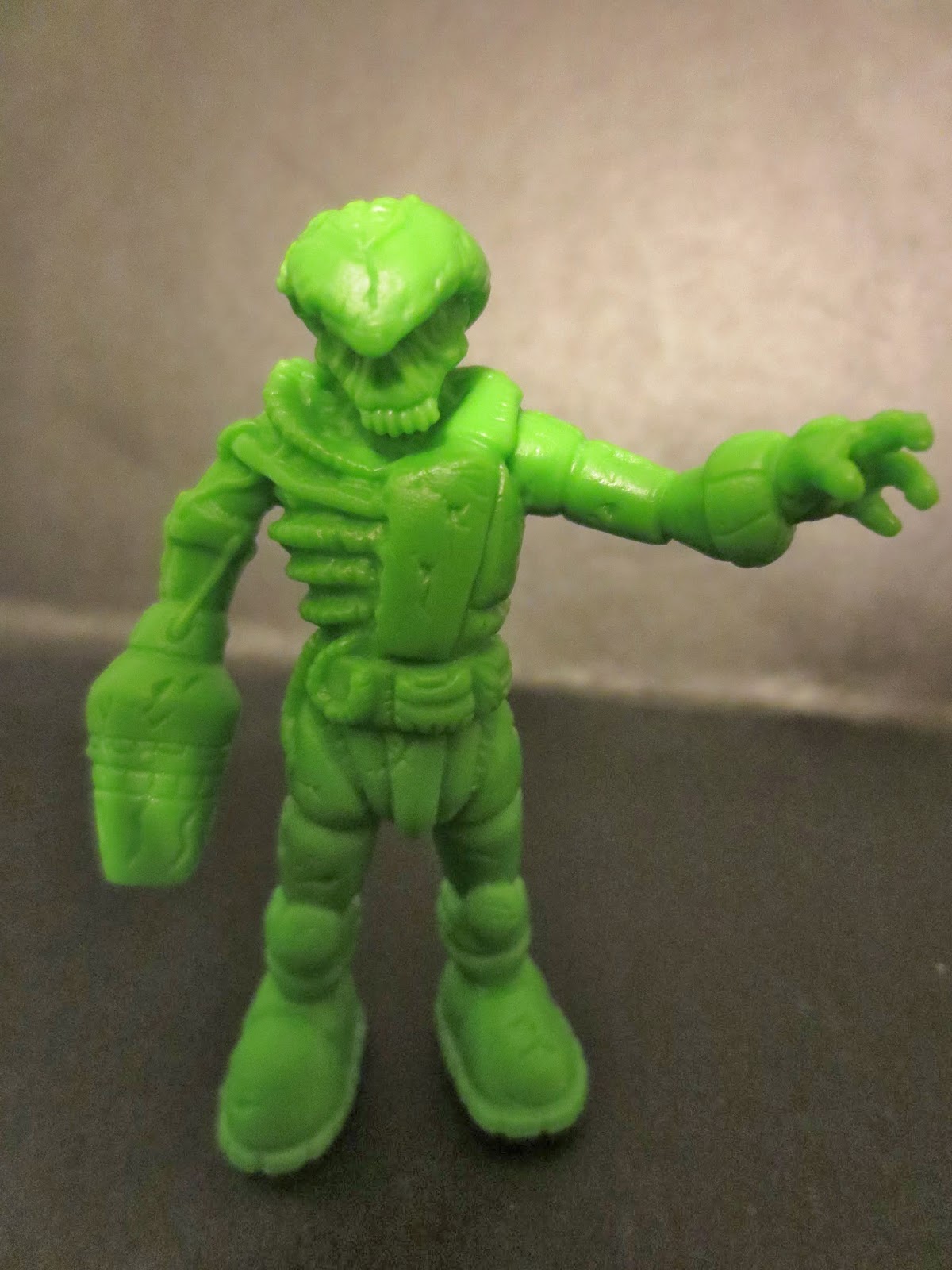 Here's an image of the standard Pheyden from Onell Design's Glyos so you can see how Pheyden compares to this zombified version. The standard version of the character has an almost insect-like appearance to him, particularly due to his segmented armor, so the way Zombie Pheyden features some of those armored plates removed really helps to give the figure a creepy, deteriorating vibe. The left right side of his chest has some very cool visible alien musculature while the various armored panels on his legs, arms, and chest are covered with various scrapes and dings. Check out that head sculpt, too. The torn...flesh or whatever on his head is exposed to reveal his...brain? Seriously, I'm not an expert on alien physiology and biology, but I'm liking what I see.Especially his teeth, sunken eyes, and nostril slits. 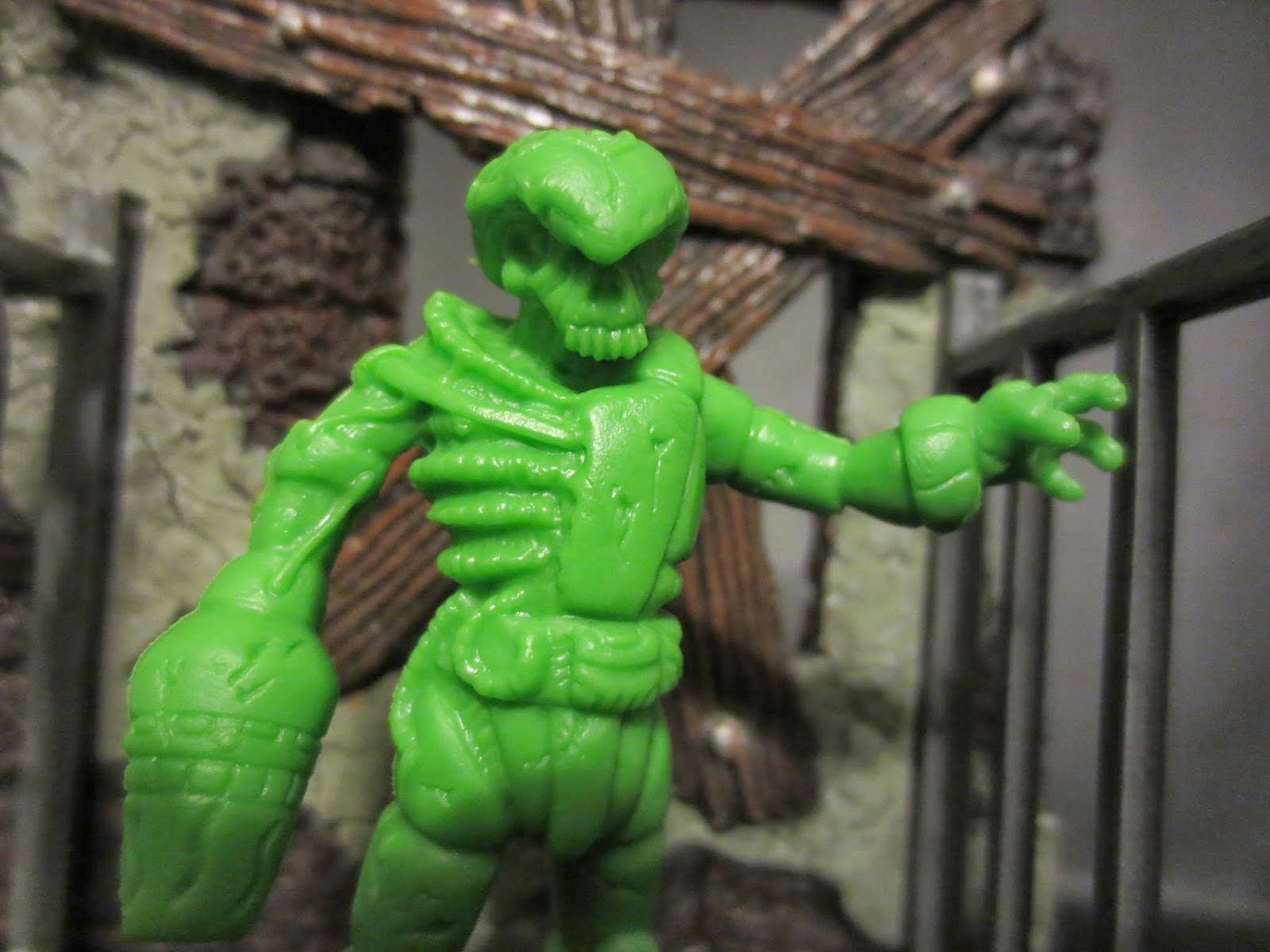 Zombie Pheyden has a cool pose. It's basic enough that he's not going to be hard to stand up, but his outstretched left hand is cool and a nod to the traditional zombie "grab." He's also got an unusual weapon on his right hand that appears to be a weapon of some kind. Maybe a blaster arm or something? 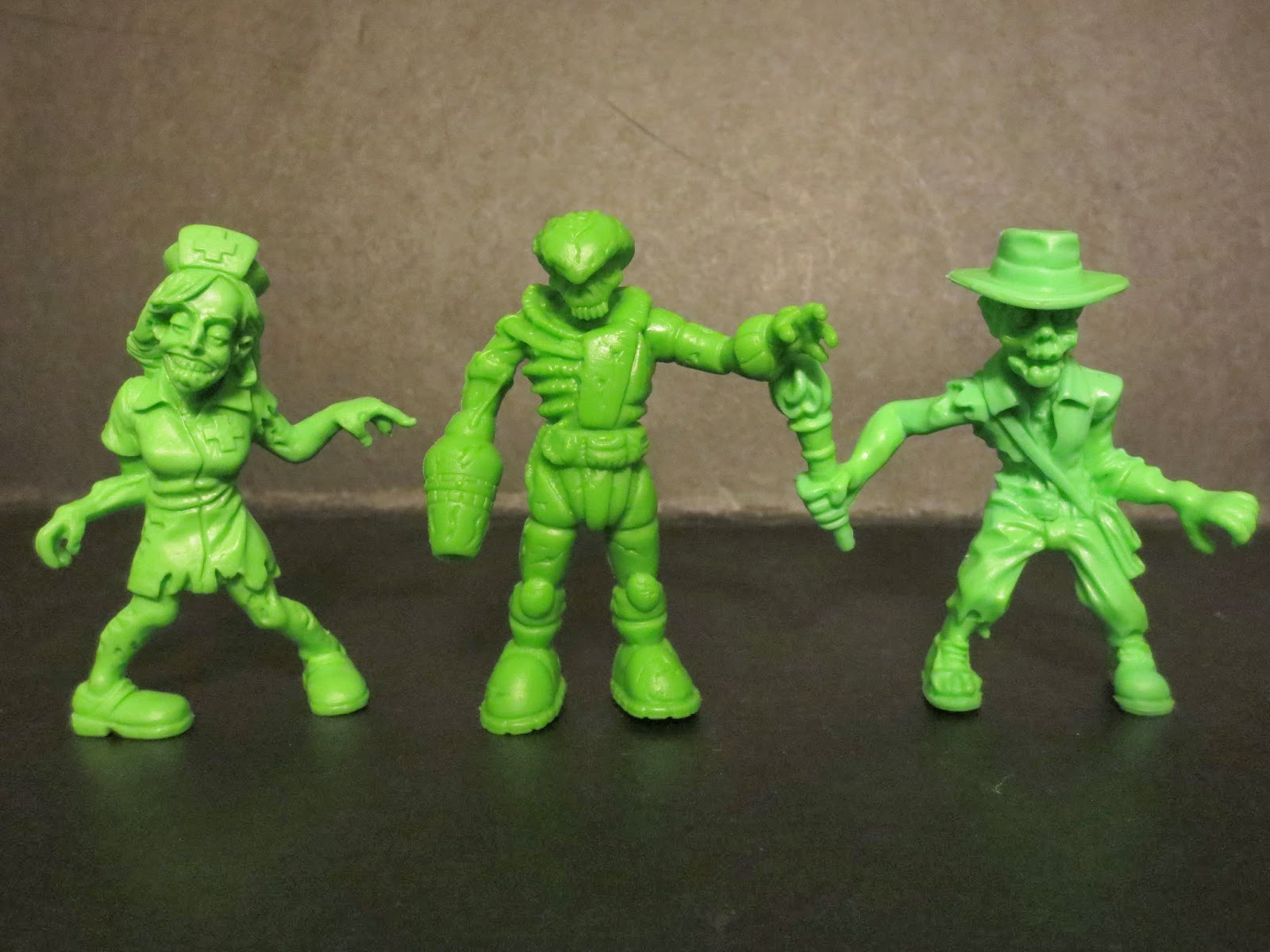 Pheyden doesn't have any paintwork, but he is cast in the titular "Lucky Green." I love it! I've reviewed a few green figures lately, but I particularly like this color of green for a zombie like character. Once again, I'm not sure how intentional it is but I love how this guy can fit in pretty well with the SLUG Zombies. The colors are pretty close. 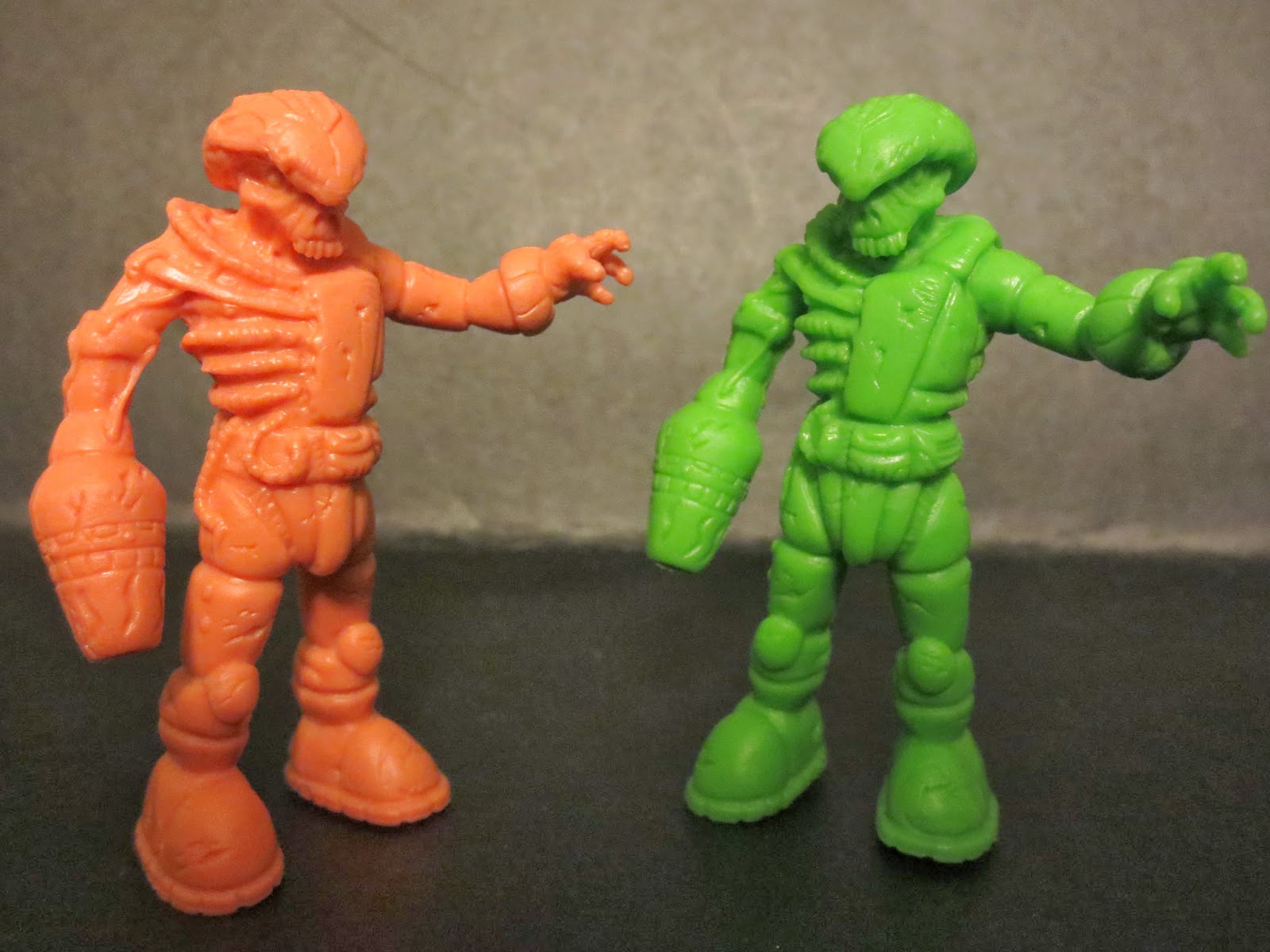 I'm always excited to get new minifigures and Lucky Green Zombie Pheyden is a great one. He's a fun sculpt in a nice color at a very low price ($2!); could you ask for anything more? October Toys really puts out some quality product (and is involved with a fantastic podcast as well) and Zombie Pheyden is no exception. I somehow missed him when he was first released as a Kickstarter bonus for certain pledge levels of OMFG! series 3 so I'm glad to see him offered again. No problems at all with this guy, so he's easily a Great release! 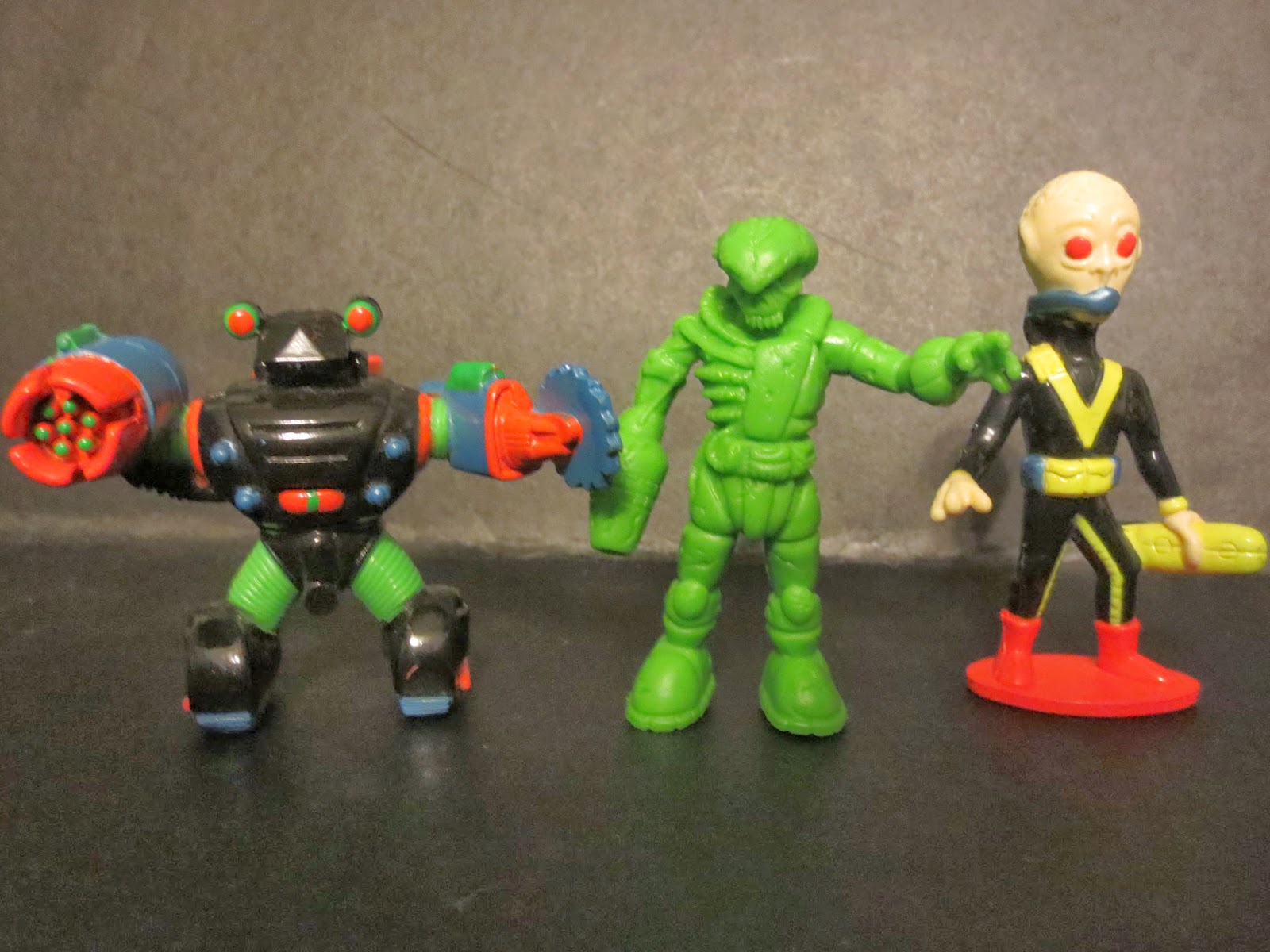 Interested in a Lucky Green Zombie Pheyden of your own? Head on over to October Toys' shop and pick him up while he's still available! Fast shipping and great service, too! Also, check out our other October Toys reviews below: