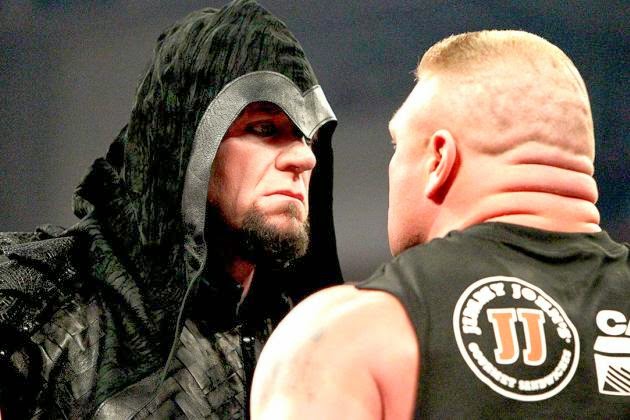 Even by typing those words I'm not one hundred percent sure it even happened.  After 21 straight victories at Wrestlemania, The Undertaker lost.  Let that sink in for a moment.  The Undertaker lost.  At Wrestlemania.  We witnessed the end of an era and the beginning of a new one.  Daniel Bryan finally won the WWE World Heavyweight Championship.  I'm going to go segment by segment after the break. 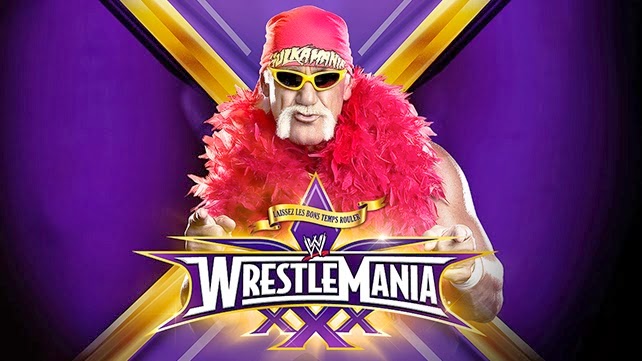 The opening segment featured arguably the 3 most popular wrestlers in Wrestlemania history.  Hulk (silverdome) Hogan was joined by Stone Cold Steve Austin and The Rock for one of the more memorable openings to Wrestlemania.   They all hit the catchphrases but this segment seemed to run a little too long.   Still it was great to see them all in the ring at the same time. 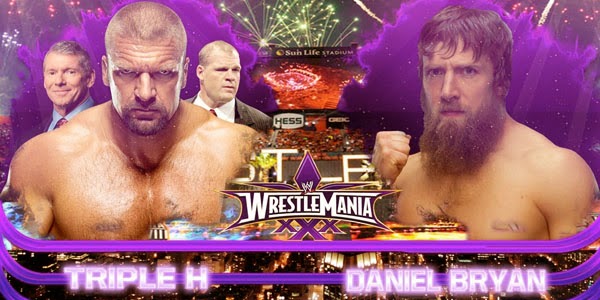 Great match to kick off the card. Daniel Bryan could take anyone on the roster, Brodus Clay included,  and put on an absolute wrestling clinic.  Triple H can play the heel as good as anyone and it showed during this match.  He constantly targeted the shoulder and when he hit the pedigree I thought for a second he may go over Bryan but thankfully he didn't.  Bryan wins and the expected post-match beat down happens.  I thought going into this match we may get a shady finish that could lead into a fatal four way later but Bryan went over clean. 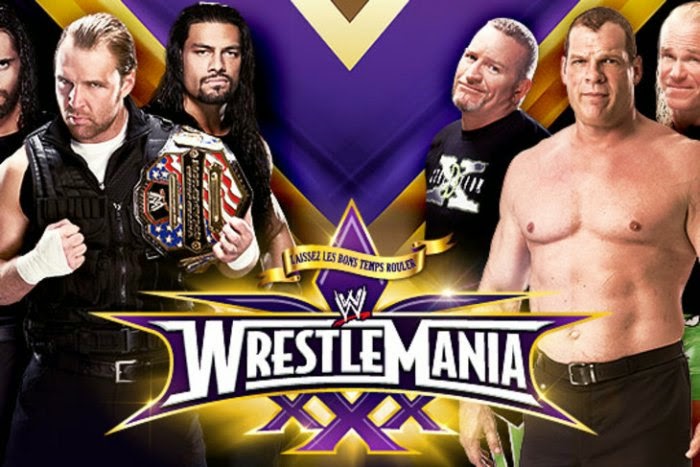 The Shield vs Kane and The New Age Outlaws

So apparently something did run too long because this is obviously being rushed.  No introduction from The Outlaws and a quick squash match with The Shield winning.  The double power bomb was nice spot to see as well. 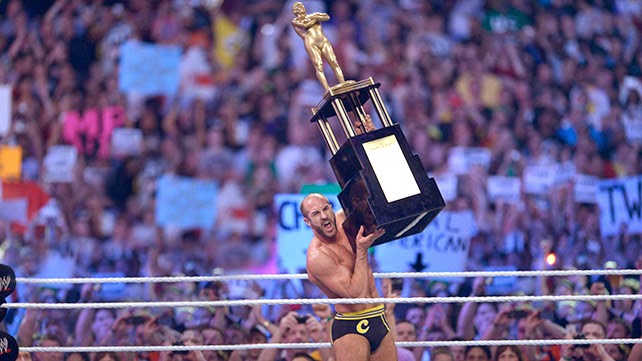 Some good spots here and there leading to Cesaro and Big Show as the last two participants.   I always knew Cesaro was a strong guy but picking up The Big Show and throwing him over the top rope was insane.  Cesaro needed this and I am excited to see what the post-Wrestlemania plans are for him. 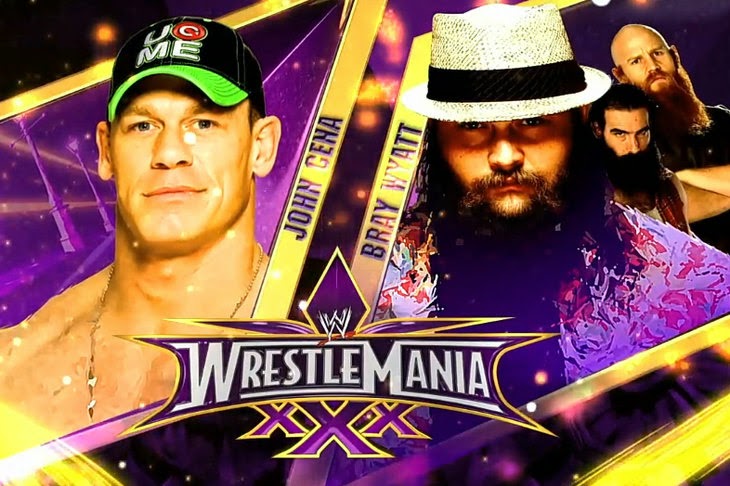 Great entrance by The Wyatt Family to kick off this one.  This one had one of the best builds leading into Wrestlemania.  There was some really good story telling during this match.  A lot of back and forth action until  Super Cena makes an appearance and wins cleanly.   Bray Wyatt needed this one more than Cena did.  I hope this isn't the end of their program together. 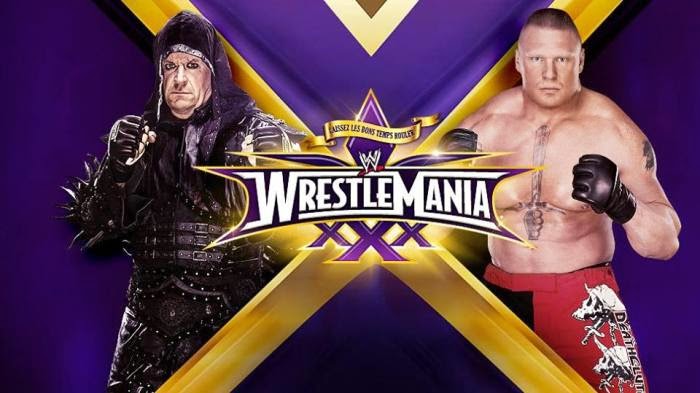 The Undertaker vs Brock Lesnar

You cant say they never throw us curve balls.  Of everything that happened during Wrestlemania this is the only thing anybody is going to remember.   The streak is over.  Not only is the streak over but it happened in Undertaker's worst Wrestlemania match since he faced Mark Henry.  And the worst buildup for an Undertaker match since then as well.  After the referee hit the mat they third time I was in a state of shock and denial.   For some reason I kept thinking the match was going to be restarted but it never did.  My reaction at home was comparable to the crowd in New Orleans.  Then that denial turned to anger as I realized that part-timer Brock Lesnar ended the streak.  Not CM Punk.  Not Triple H.  Brock Lesnar ended the streak.  I don't know if The Undertaker can't go anymore or what but why Brock Lesnar.   John Cena, for all his flaws, would have been my choice to end the streak before anyone else.  Lost in this whole thing is the John Cena/The Undertaker match that we will never get to see. 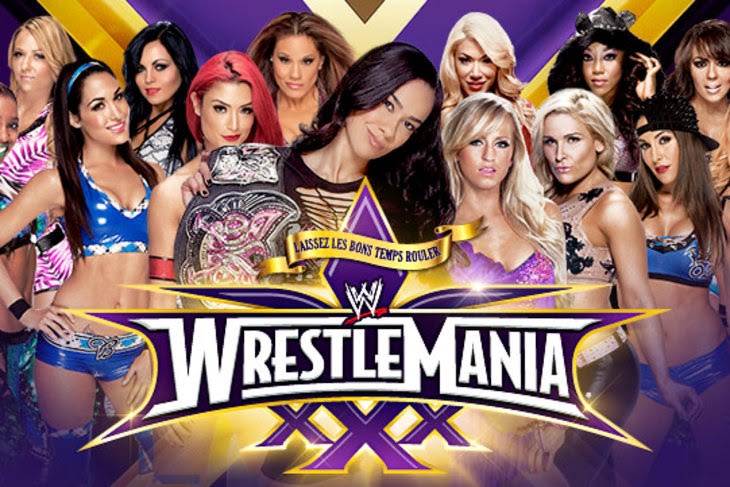 I was too upset to pay attention to this. 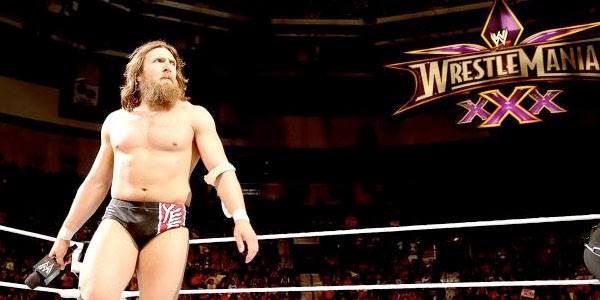 My depression ran over into this match as well.  The first 10-15 minutes of this match are a blur to me because I was still having trouble processing what I had seen earlier.  Some really good spots during this one especially the Batista Bomb/RKO through the table on Daniel Bryan.  Eventually Bryan makes Batista tap out and YES YES YES!  This was great to see.  80,000 people doing the yes chant.  Daniel Bryan deserves this moment. 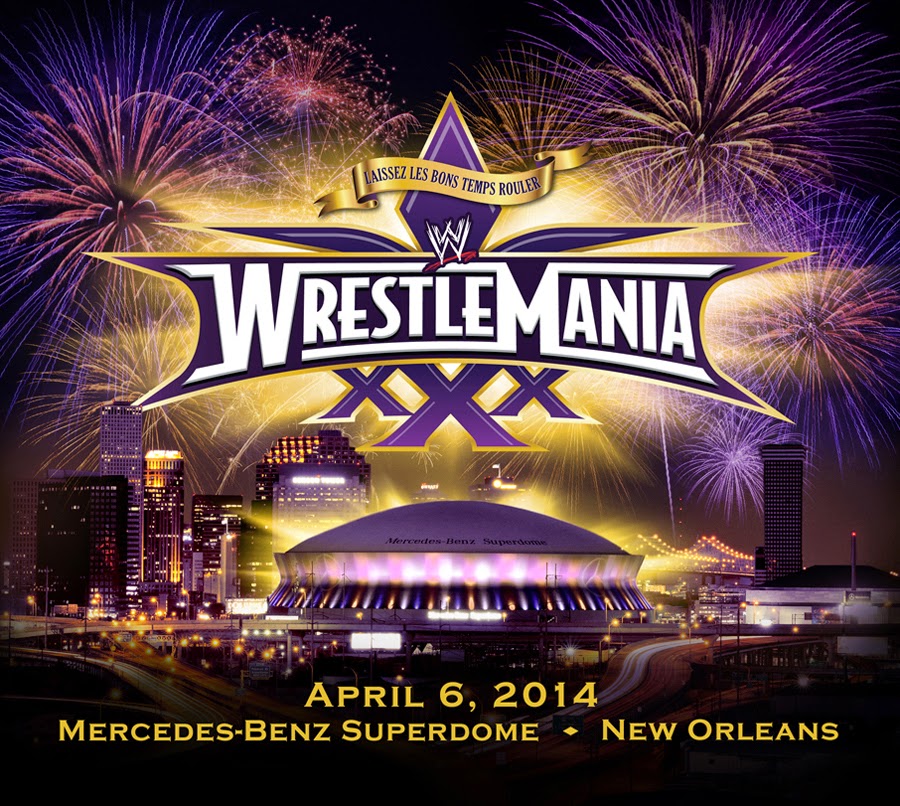 The end of an era and the beginning of a new one.   Overall, this was the best Wrestlemania of at least the last five years.  It was always be remembered for one thing though.  I think on Raw tonight we see The Undertaker break character and Mark Calaway calls it a career.  Even if Sting debuts and they set a match for Wrestlemania 31, it will feel a little less than what you wanted it to be.  Daniel Bryan finally reached the top of the mountain but his coronation at Wrestlemania will forever be overshadowed by The Undertaker's loss.