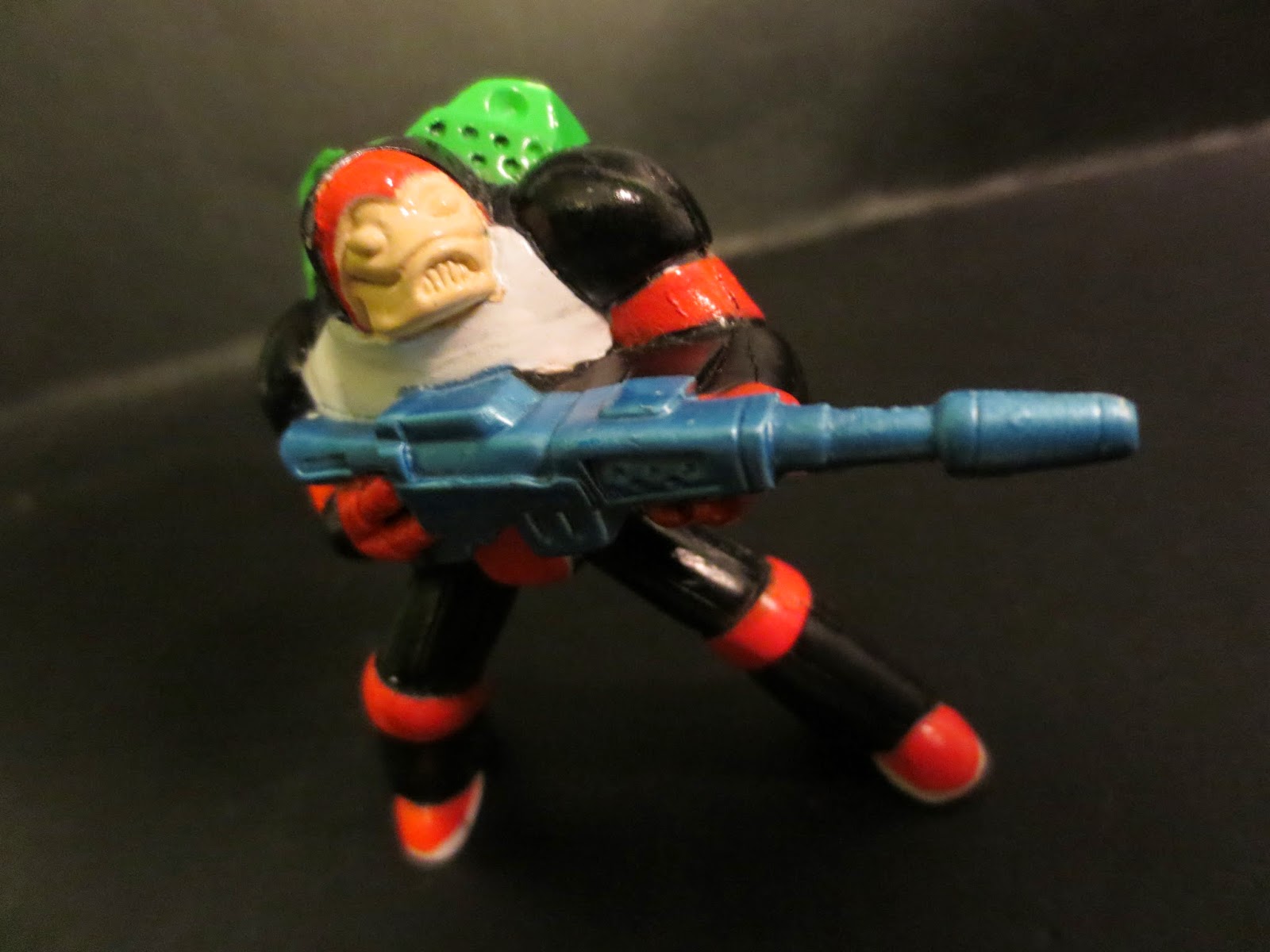 One of the best things about the internet is having the chance to connect with fellow collectors who also have a love for toylines that you're pretty confident no one else remembers or cares about. For me, one of those toylines is the Trash Bag Bunch. Created by Mel Birnkrant (of Outer Space Men and Colorforms fame) and released by Galoob in 1991, the Trash Bag Bunch had two things going for it: An environmental theme and a cool gimmick. Like many other toys from the early 1990's such as Captain Planet, G.I. Joe ECO Force, and the Toxic Crusaders, the Trash Bag Bunch had an eco friendly message that trumpeted values such as reducing, reusing, and recycling and denounced such nasty things as littering, toxic waste, and smog. Interestingly, the Trash Bag Bunch was inspired by a real life battle Birnkrant had with the State of New York centering around their desire to put a landfill right next to his home. The second cool thing about the toyline was that they were sold in little biodegradable trash bags. When you dropped the bag in water (I remember my parents filling up the sink for me) the green trash bag dissolved and an effervescent tablet inside fizzed, revealing your plastic minifigure. Would you get an evil Trashor or a heroic Disposer? Who would it be? Today's figure is Bio-Degrador, one of the Disposers. He isn't from my original collection; I obtained him secondhand recently as I'm working to complete my collection of the original 36 figures. Ready for a closer look at this crazy cool minifigure? Then join me after the break... 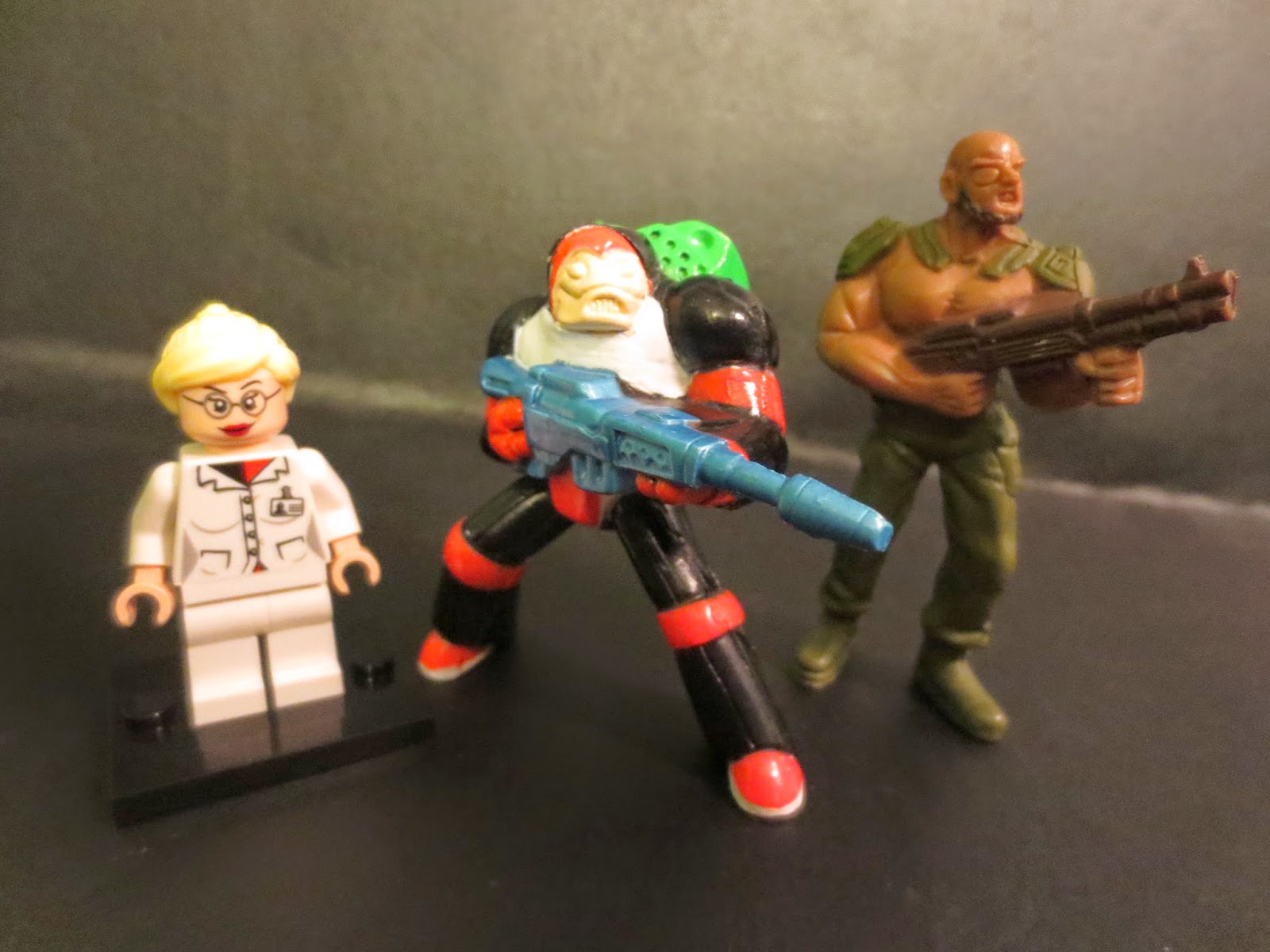 As mentioned above each Trash Bag Bunch figure came packaged in a bio-degradable garbage bag which was packaged on a blister card. One of the neat things that Galoob did as to give each figure a number. While you wouldn't know what figure you were getting until you dissolved the bag, you would know that you weren't getting the same figure twice. In my original childhood collection of 17 figures, I only had one duplicate which I bought at a yard sale. The figures vary in height a little bit but hover between two and 2 1/2 inches. Bio-Degrador here stands about 2 1/4 inches tall. These guys are really bright with lots of neon colors and a very simple, animated appearance. 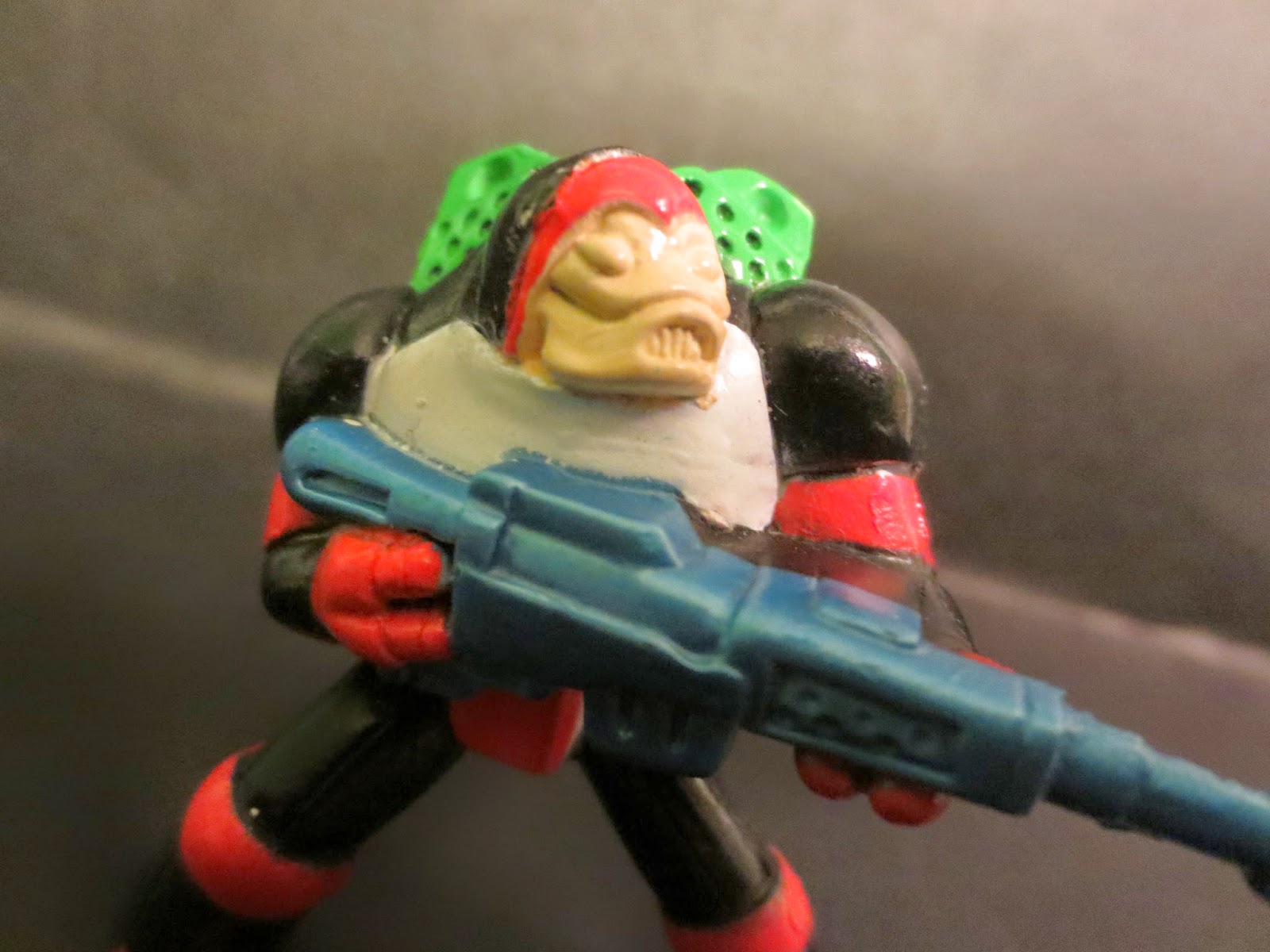 None of the Trash Bag Bunch were articulated. They are solid plastic figures that really remind me of Mattel's G.U.T.S. line (another one of my favorites). Most of the figures stood quite well on their own and Bio-Degrador is no exception. He has a wide legged firing pose that makes him look like he's stepping forward with a very cool rifle at the ready. Like many of the figures (even some of the heroic Disposers) Bio-Degrador doesn't look quite human. While he's wearing a cool, heavily armored suit that covers most of his body, his face looks almost mechanical (perhaps it's a gas mask?) and his hands only appear to have three fingers. He's also wearing a massive backpack that has a few cool little details on it. What's it for? Who knows? 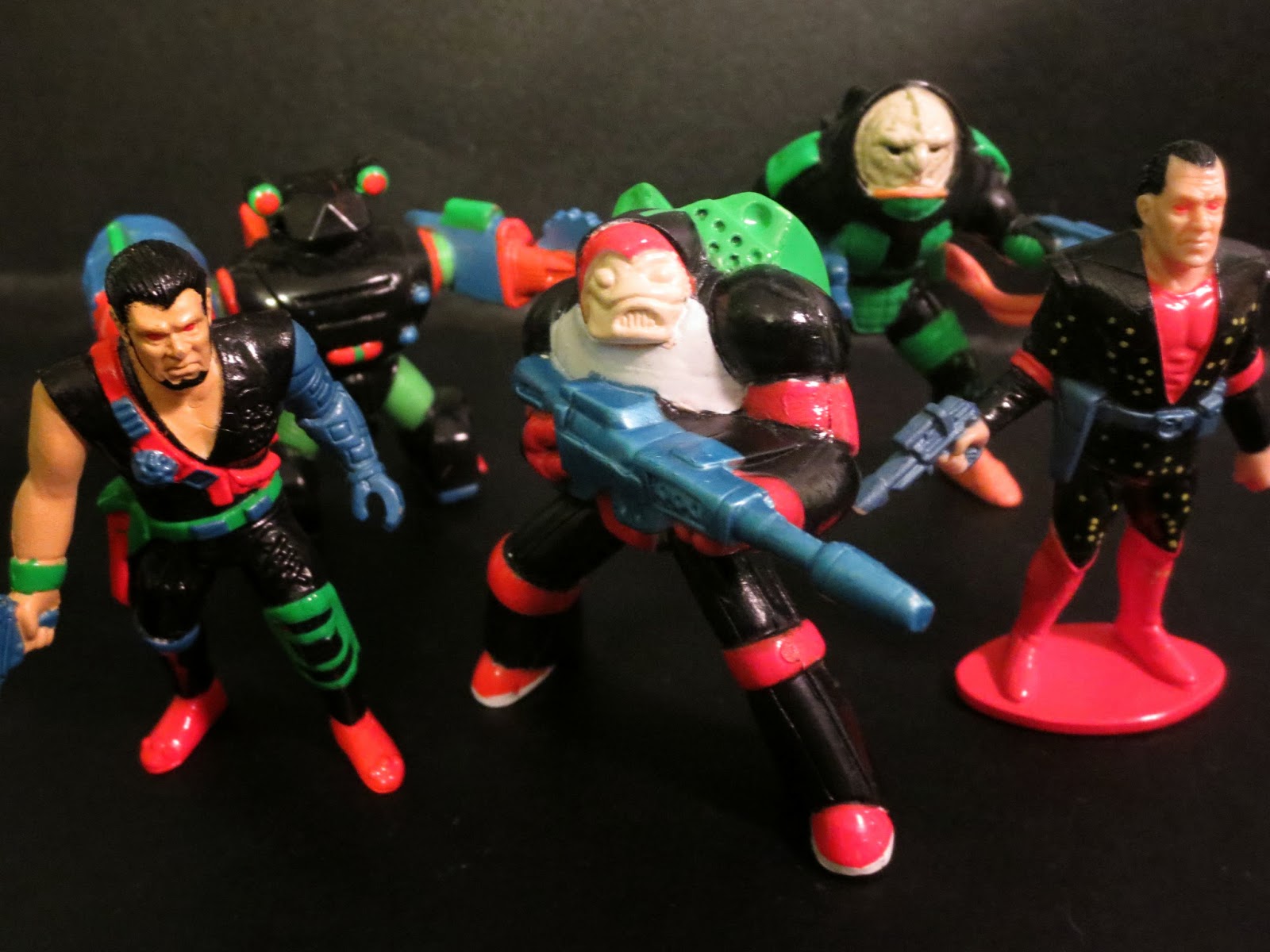 Unlike many minifigures, the Trash Bag Bunch were filly painted (or a least molded in various colors of plastic) in a variety of wacky neon colors. Actually, I'll go on record as saying that Bio-Degrador might be one of the least garish figures in the line. His suit is a glossy black with reddish-orange highlights and a white chest plate. The backpack is a fairly bright green and the rifle is a nice metallic blue. The paintwork is a bit uneven at times, but honestly it does kind of fit the weird, gloppy aesthetic of these figures. Bio-Degrador is not a bad Trash Bag Bunch minifigure at all. He's not the best, as his sculpting and paintwork are not as detailed as many others, but he does have a cool pose and a neat weapon.  I really like these guys, though, and I'd have a hard time giving any of them a very negative rating. I'd give Bio-Degrador a Great. He's just a fantastic little minifigure and a cool, slightly obscure artifact of a very specific element of 90's pop culture.

To learn more about these guys, check out Mel Birnkrant's website where he has concept art, stories, and other neat details about the Trash Bag Bunch!