Minifigure Review: Glow in the Dark Minigwin from Gwins by October Toys 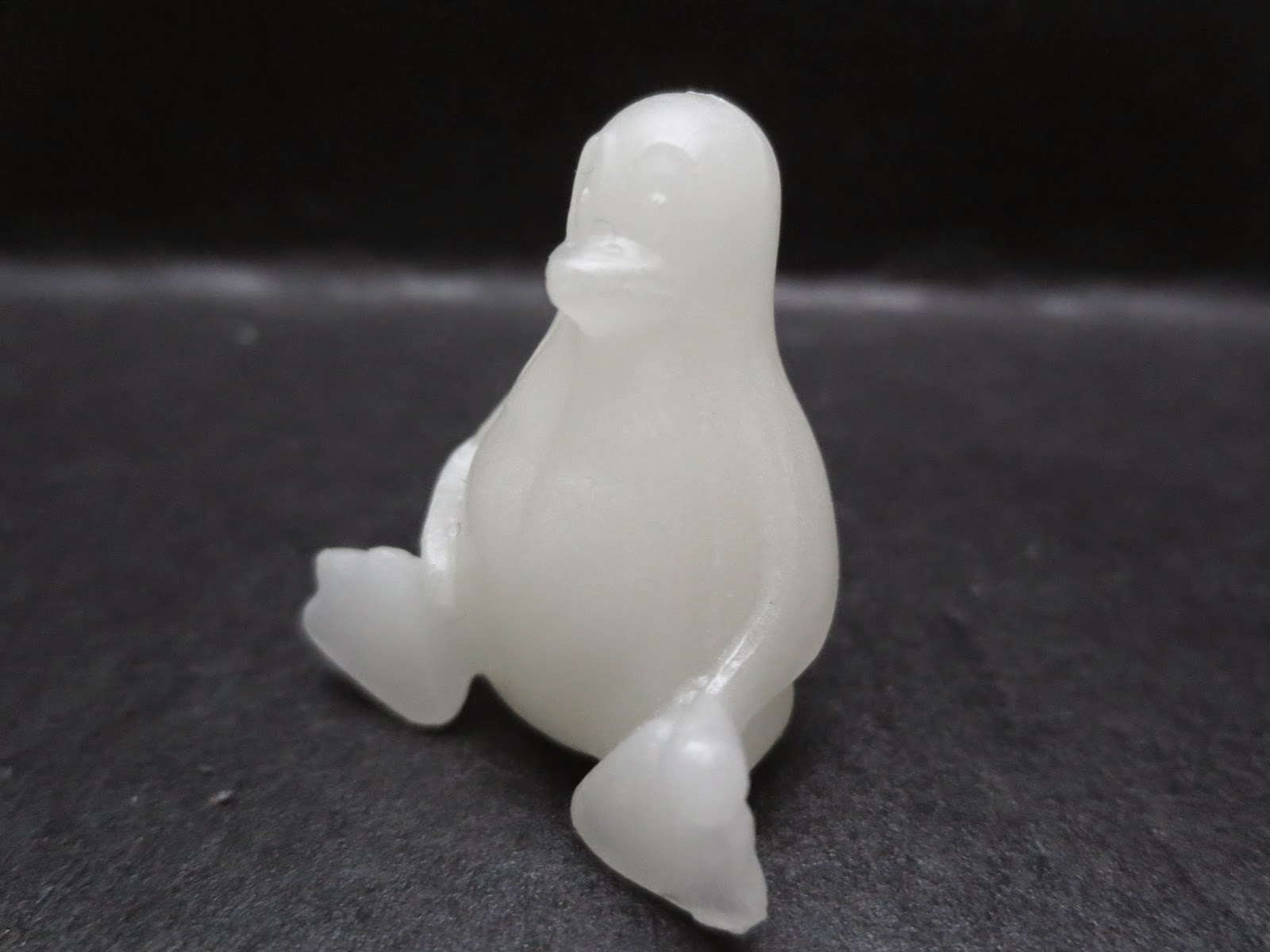 When I ordered a few minifigures from October Toys a couple of weeks ago, I ended up finding a cool little surprise in my order: A glow in the dark Minigwin. According to the October Toys website:

"The Gwin is a curious creature based on Tux, created by Larry Ewing & The GIMP. Gwins spend most of their time eating, sleeping, and hoarding treasure. They often form “armies” to protect their amassed riches. Now is your chance to build your own Gwin Army to guard your prized possessions!"

I think most of us who collect minifigures (and probably action figures and toys in general) love glow in the dark stuff. There's something fun about walking in my toy room at night and seeing the various stuff that's glowing with that familiar, comforting glow. Minigwin is a tiny little mini, so this is going to be a tiny little review. More after the break.... 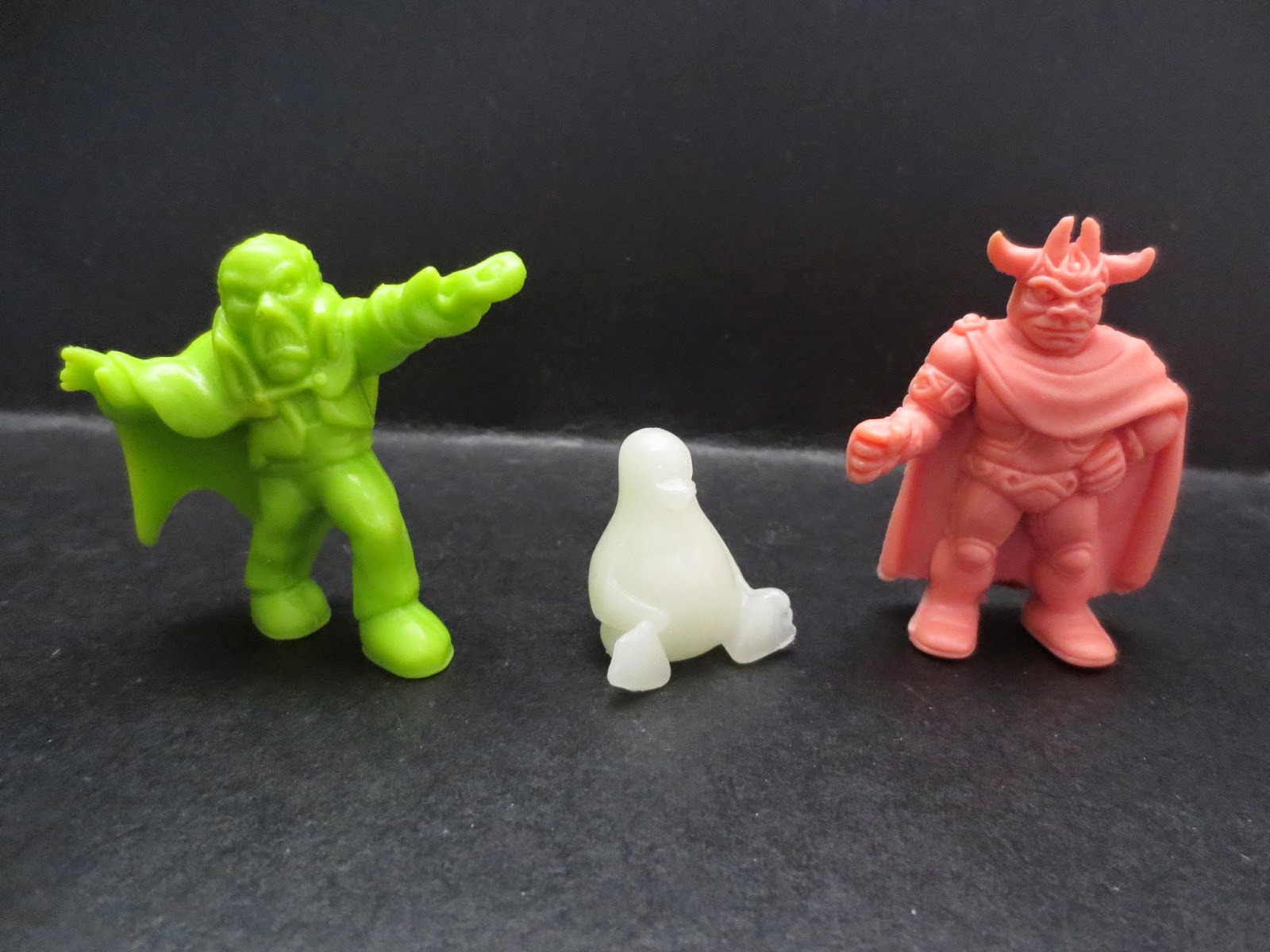 While the standard Gwins are 2 1/2 inches tall, Minigwin is only about an inch tall. It's posed in a sitting pose so that it can sit and guard whatever valuables you place it near. Then again, maybe it's really hoarding your stuff to satisfy its own inner greed. Anyways, Minigwin is a solid PVC figure with no articulation. 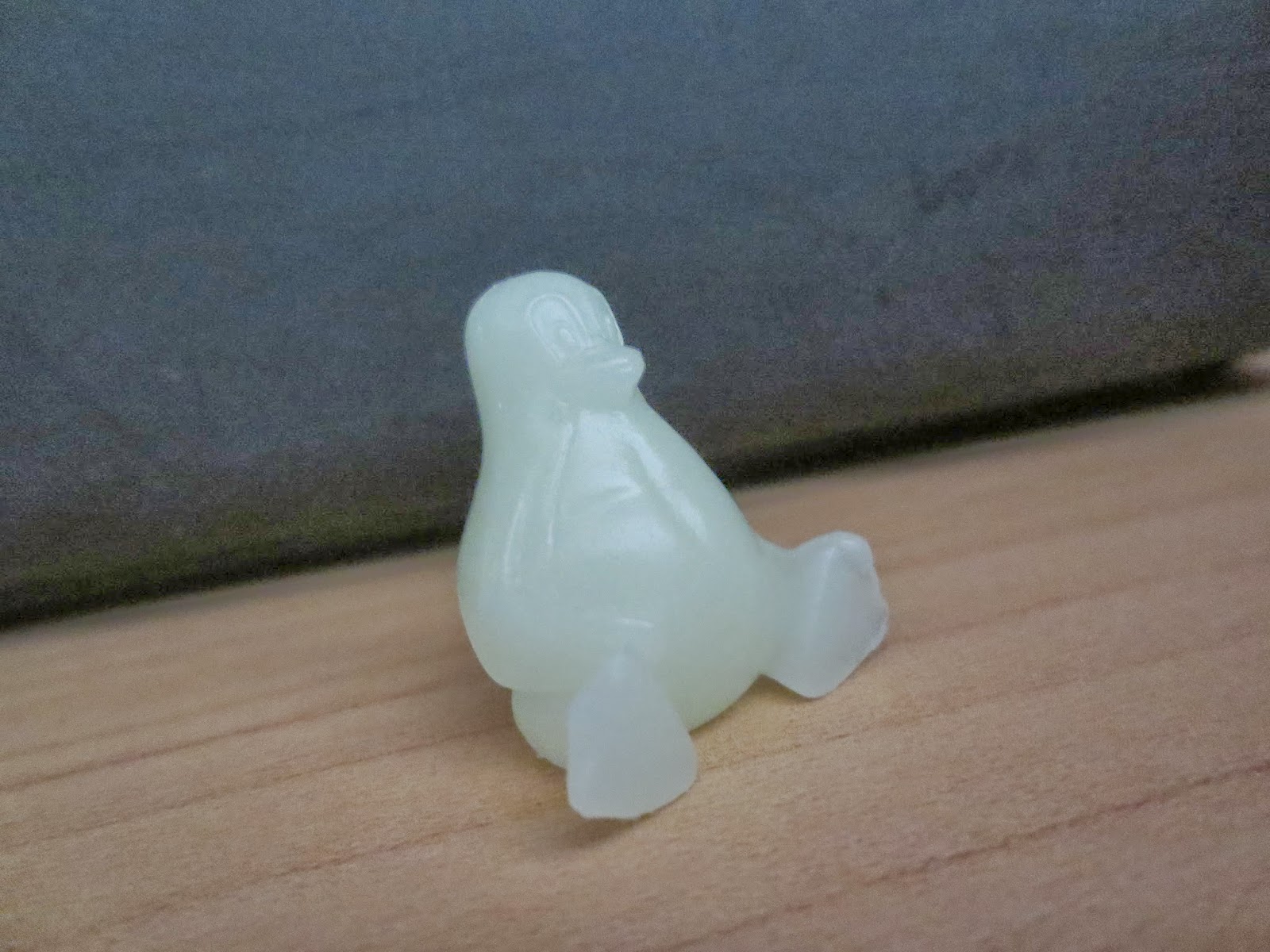 It's sometimes tough to spot detail on a glow in the dark figure, but Minigwin does have some little eyes, a beak, and two flippers. He's nicely balanced and has a very cartoonish vibe about him. People who love penguins would probably go nuts over this little guy. 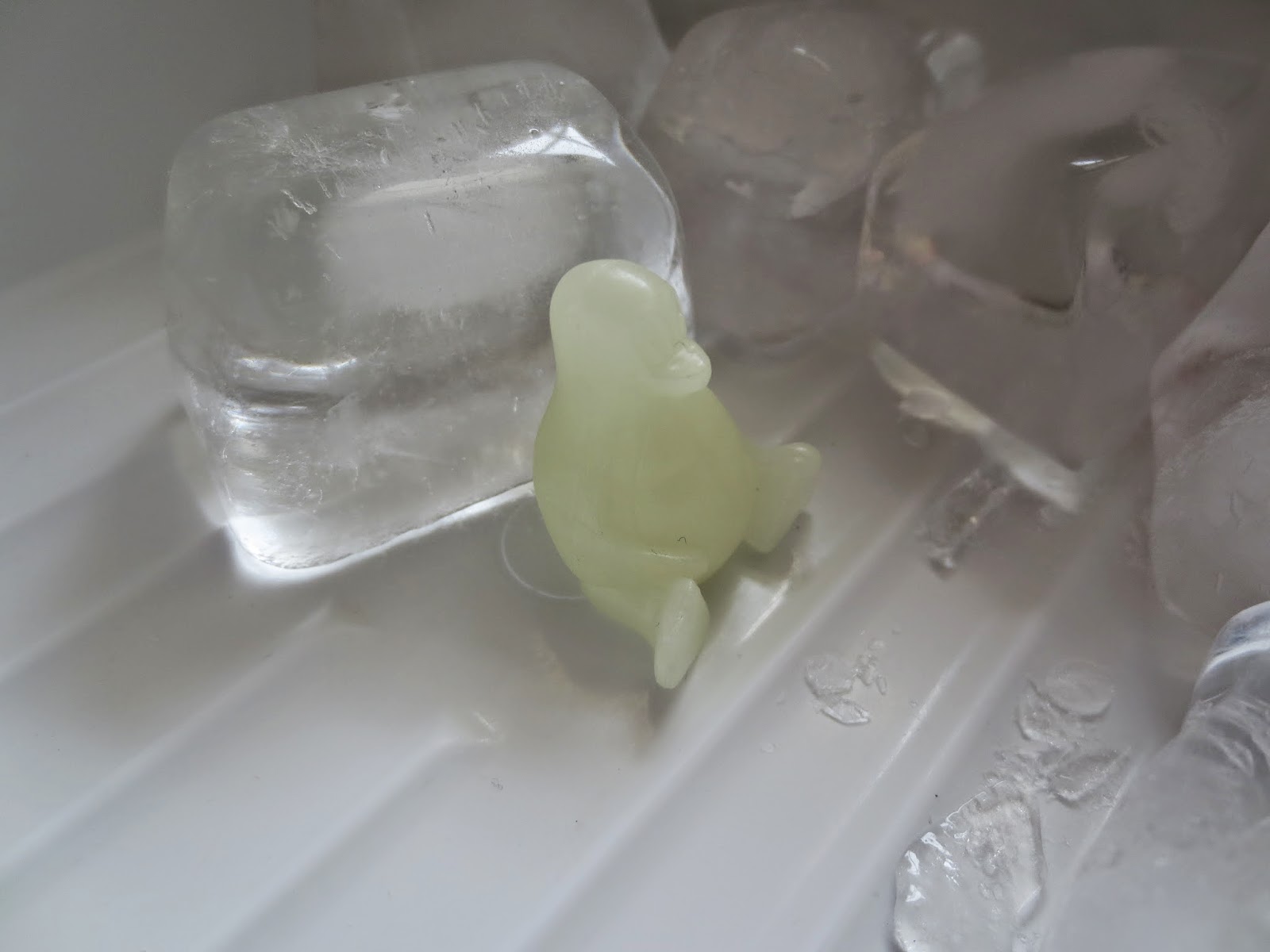 There's no paint here; Minigwin is simply molded in glow in the dark. He actually has one of the brightest glows I've seen in a minifigure. I love it! He'll be a great companion on your bedside table or dresser, particularly if you don't like the dark. He's a fun little figure and I wanted to review him and take a few pictures simply to thank October Toys for sending him along. I'm giving him a Good and a 1/2. Nothing wrong here! While  prefer my minifigures to be zombies, wrestlers, and soldiers, I can definitely still appreciate a cute little penguin Especially if he glows in the dark.

For more cool stuff from October Toys, visit there store here! Check out my other reviews of great October Toys minifigures: