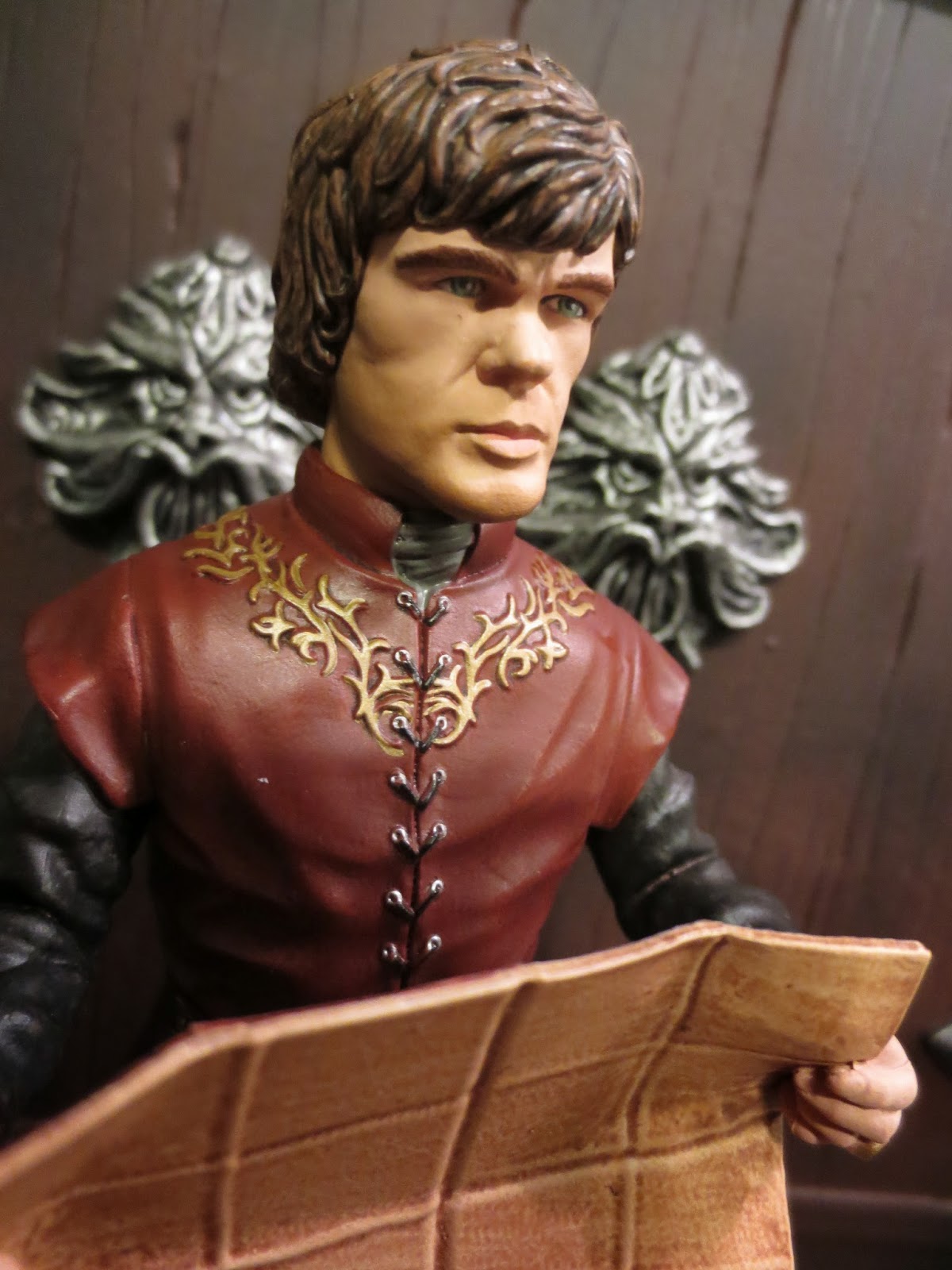 You could definitely say I'm a bit behind, as I've only recently got into A Song of Ice and Fire. I just finished the book A Game of Thrones last week and watched the first two episodes of HBO's TV series Game of Thrones this morning. I'm enjoying the TV series so far, but the book won me over quite quickly and I so actually ordered this action figure before even seeing the show due to how much I loved the character of Tyrion Lannister. Tyrion is incredibly compelling: In a world that seems to only value sheer strength and brute force, Tyrion manages to thrive by honing his cunning, intellect, and his silver tongue. Dark Horse Deluxe has released Tyrion as part of their second series of figures in their Game of Thrones line and he seems to be an incredibly popular release. Ready for a look at "The Imp" of the Lannister household? Then join me after the break... 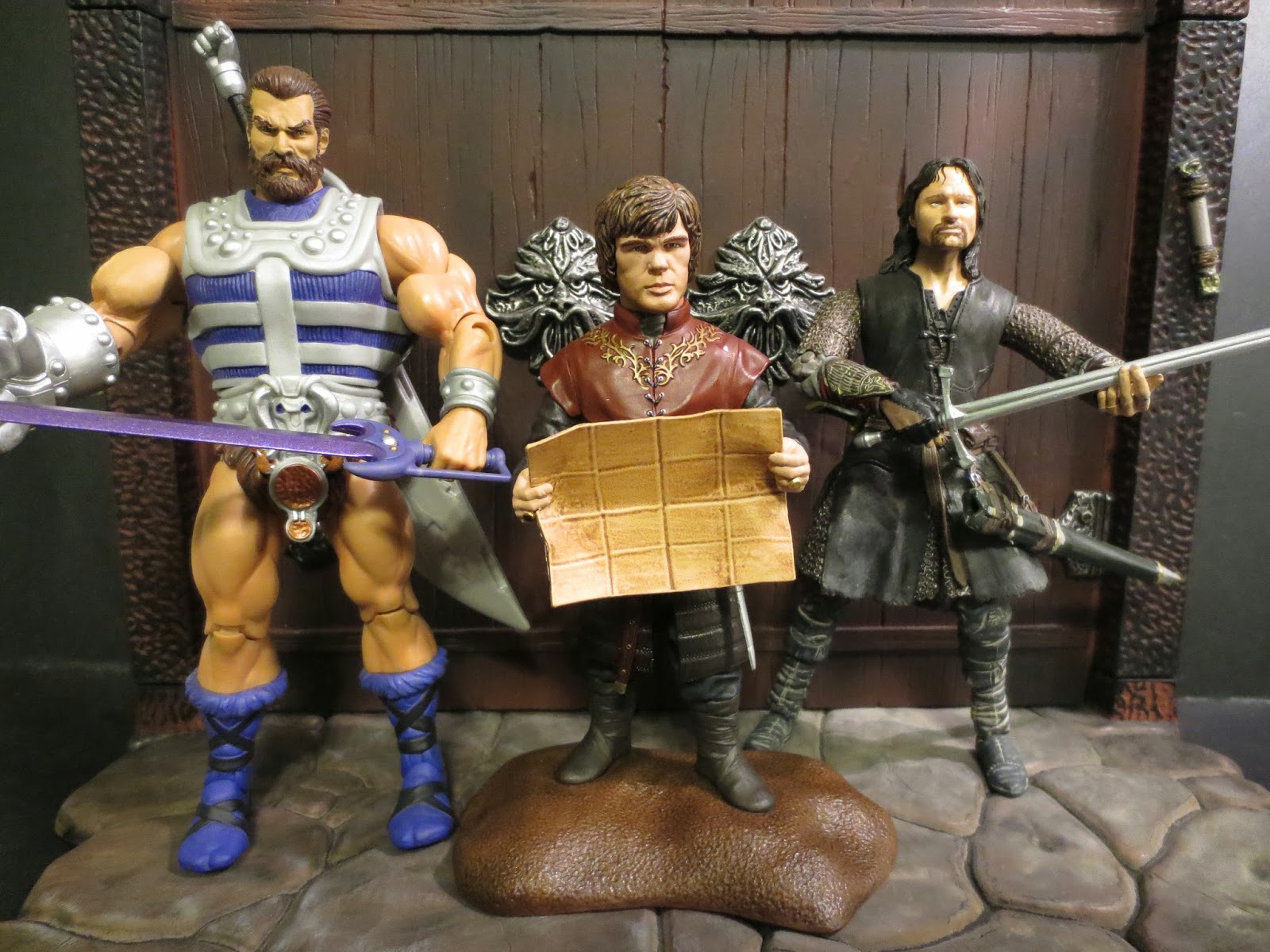 OK, so first things first: These are not articulated action figures like the ones FunKo offers. These are more akin to mini statues or "action figures" such as McFarlane's Lost toyline or the Masters of the Universe Stactions from NECA. They are permanently attached to their bases and are in a much larger scale than your average action figures. Tyrion himself stands just a little under 5 1/2 inches tall so, factoring in his base, he's closer to 6 inches tall. Since actor Peter Dinklage is 4 ft. 5 inches tall in real life (although some fans seem to portray Tyrion as even shorter- maybe 4 ft or less), you can get an idea that these are some fairly large figures. They have a very nice appearance to them that captures the bleak, rugged appearance of the show. I'm not sure there are many other toylines these could display alongside due to the size; they're definitely not compatible with FunKo's Game of Thrones line as those figures are in a 6 inch scale. 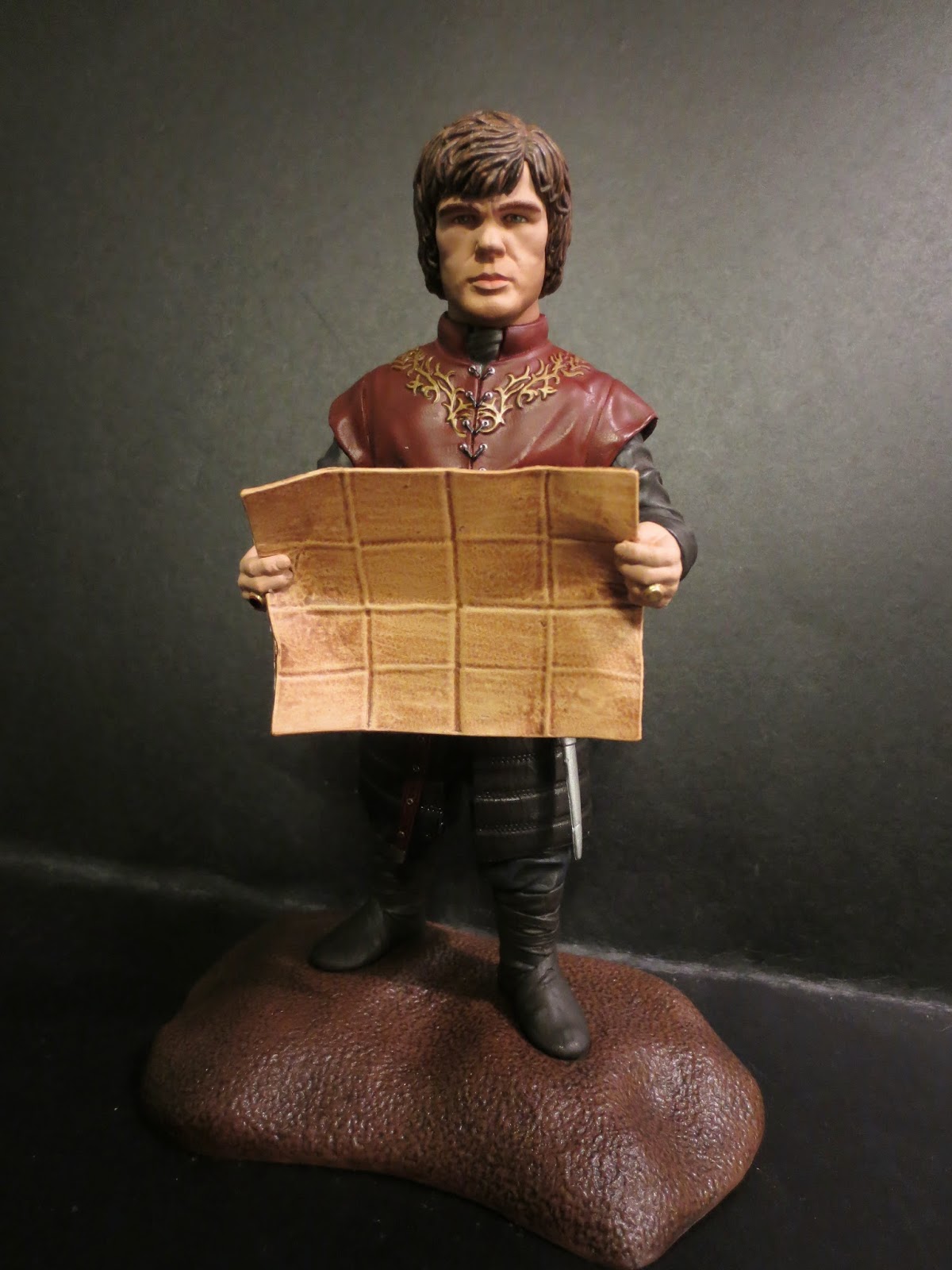 Since they have no articulation, how these figures look on display is of the utmost importance. For this rendition of Tyrion Lannister, Dark Horse Deluxe depicted Tyrion thoughtfully holding a map of what appears to be King's Landing. This isn't the most exciting pose for Tyrion, but it does seem to nicely depict him thoughtfully using his well honed mind to serve as the King's Hand for Joffrey and defend the city from attack. The figure stands solidly and won't easily tip over, which is really what you want in a statuesque figure, no? The base is a bit generic but it works. Due to the texture, it looks like perhaps the top of a rock that Tyrion might be standing atop. 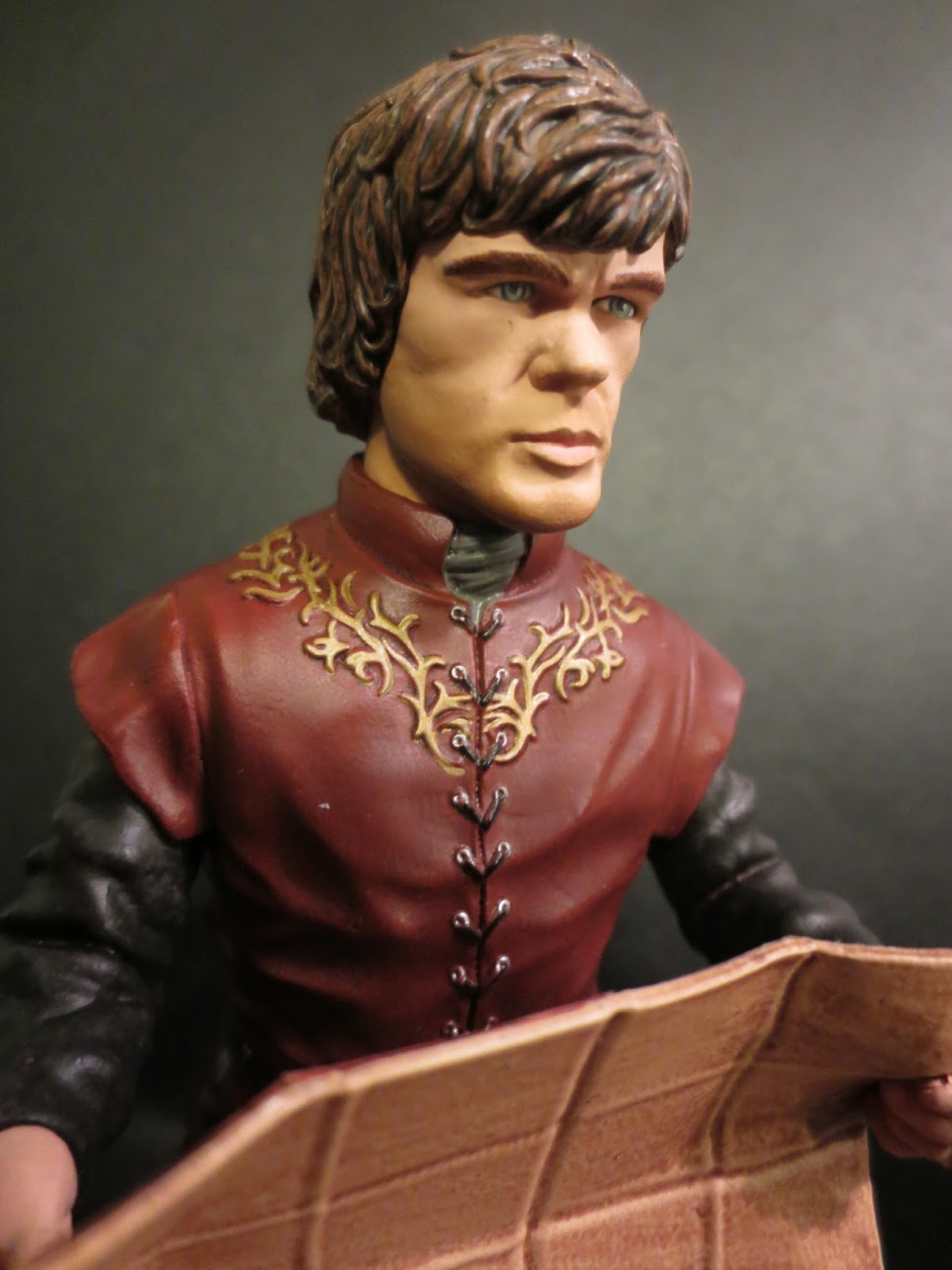 The sculpt is quite good and I don't think anyone who was familiar with the actor would not recognize the face as Peter Dinklage. That being said, there are a few elements of the head that are off. I'm just not sure the hair is right. Sculpted hair is always tough, though. The face also looks a bit too wide to me. Dinklage has a rather thin face that definitely isn't captured here as well as it ought to be. His body sculpt and costume, however, looks great. The laces in his outfit and the raised details on the material are excellent. Smaller details such as the rings on his fingers, the dagger on his belt, and the loops on the excess of his belt that are hanging down are all present and very clear and crisp. 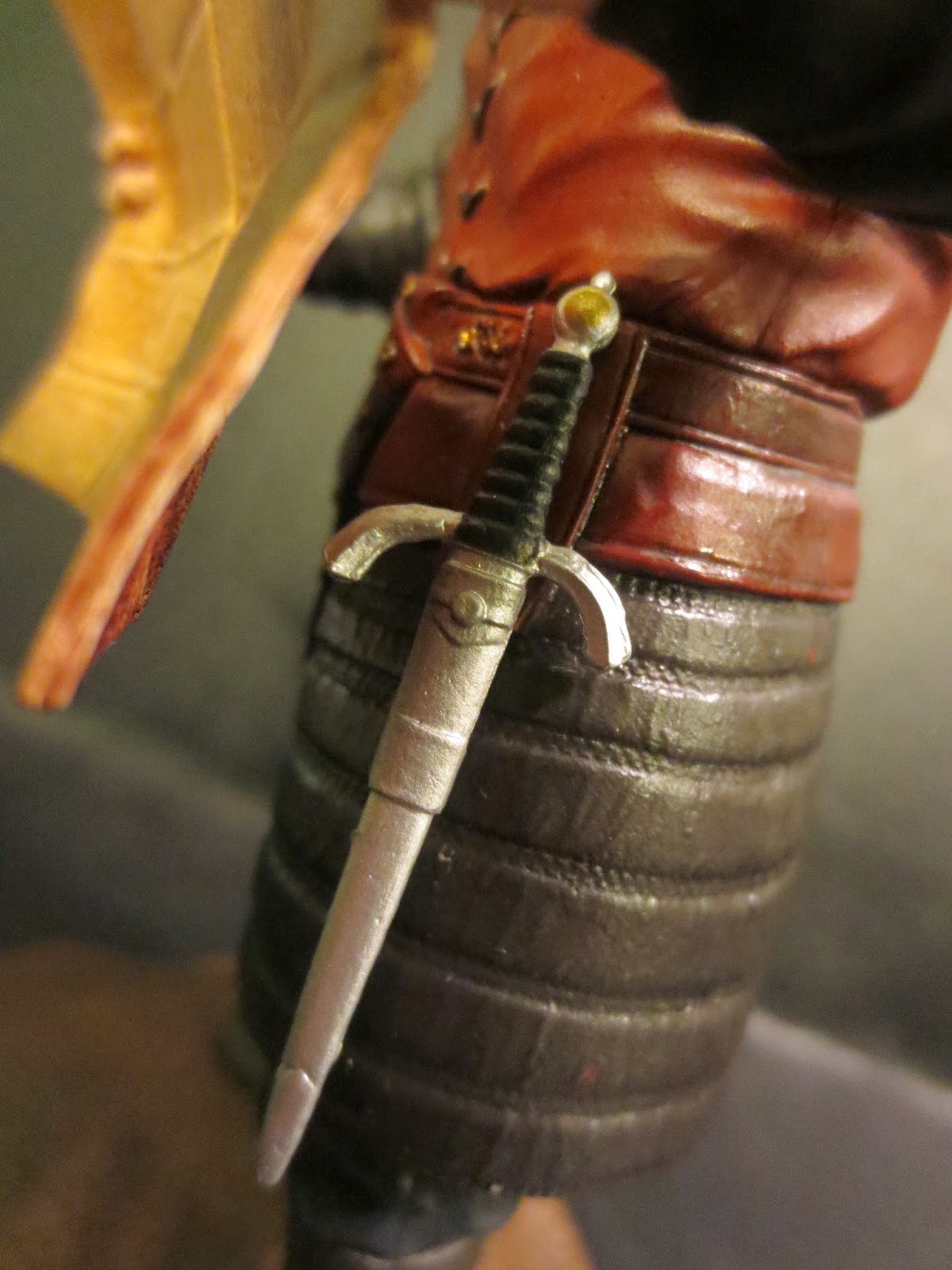 The paint work is quite good and definitely helps to overcome some of the flaws in the sculpt. It's rather clean and definitely enhances things. The face has a fair amount of shading on it that captures Tyrion's complexion and the hint of a beard that he usually has while the hair has a bit of dry brushing that fairly successfully captures his dirty blonde hair. The detail work is excellent, as the gold trim and eye holes on his tunic are applied very neatly. 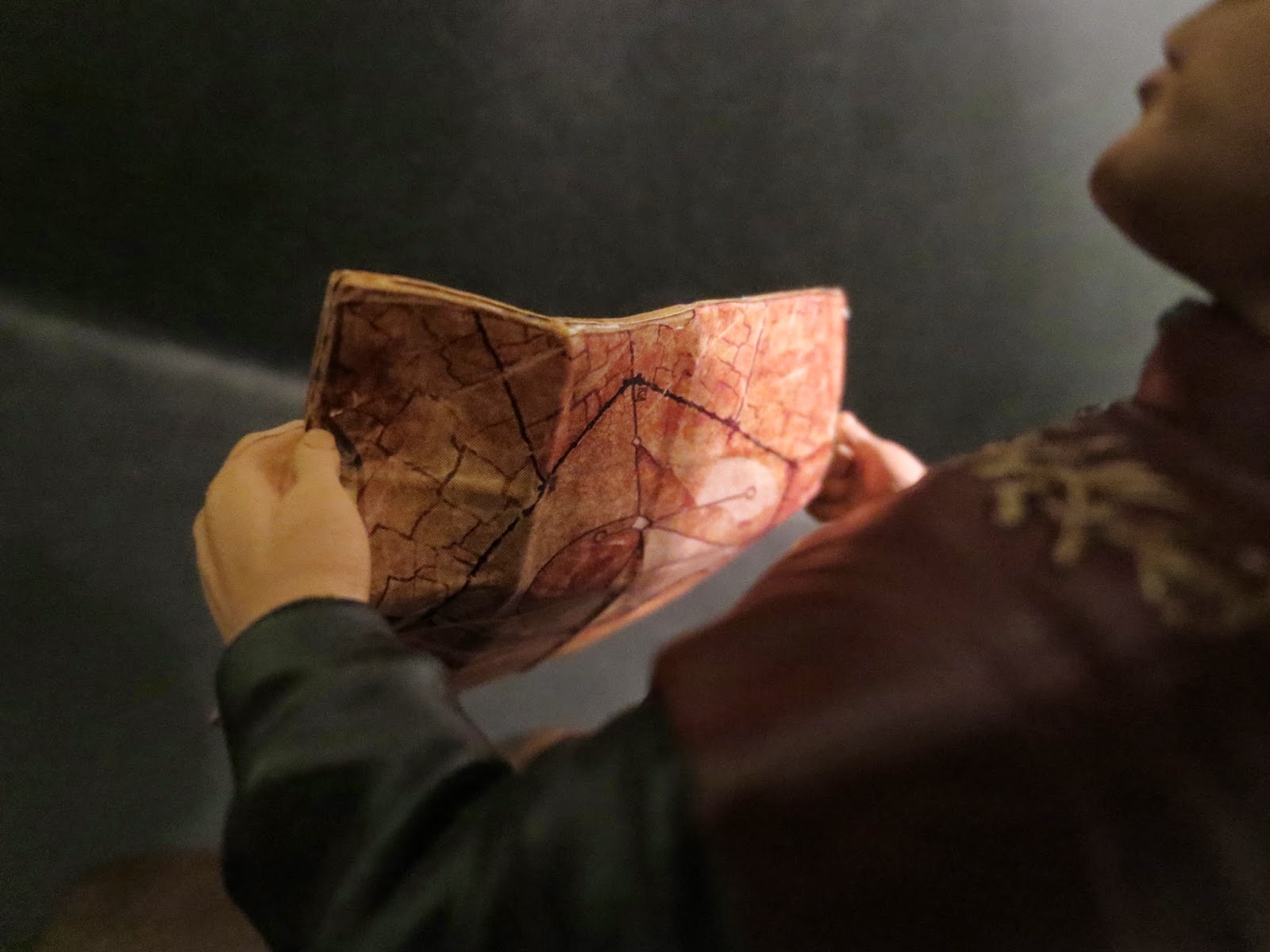 Tyrion doesn't come with any accessories, although he is holding a map of what looks to be King's Landing (I'm only just cracking into A Clash of Kings and have finished the second episode as of this writing, so I might be very wrong). The weathering of the map is rather impressive and the detail on the image portrayed on the map itself looks quite good. It appears to be a tampographic stamp of some kind and it looks great. 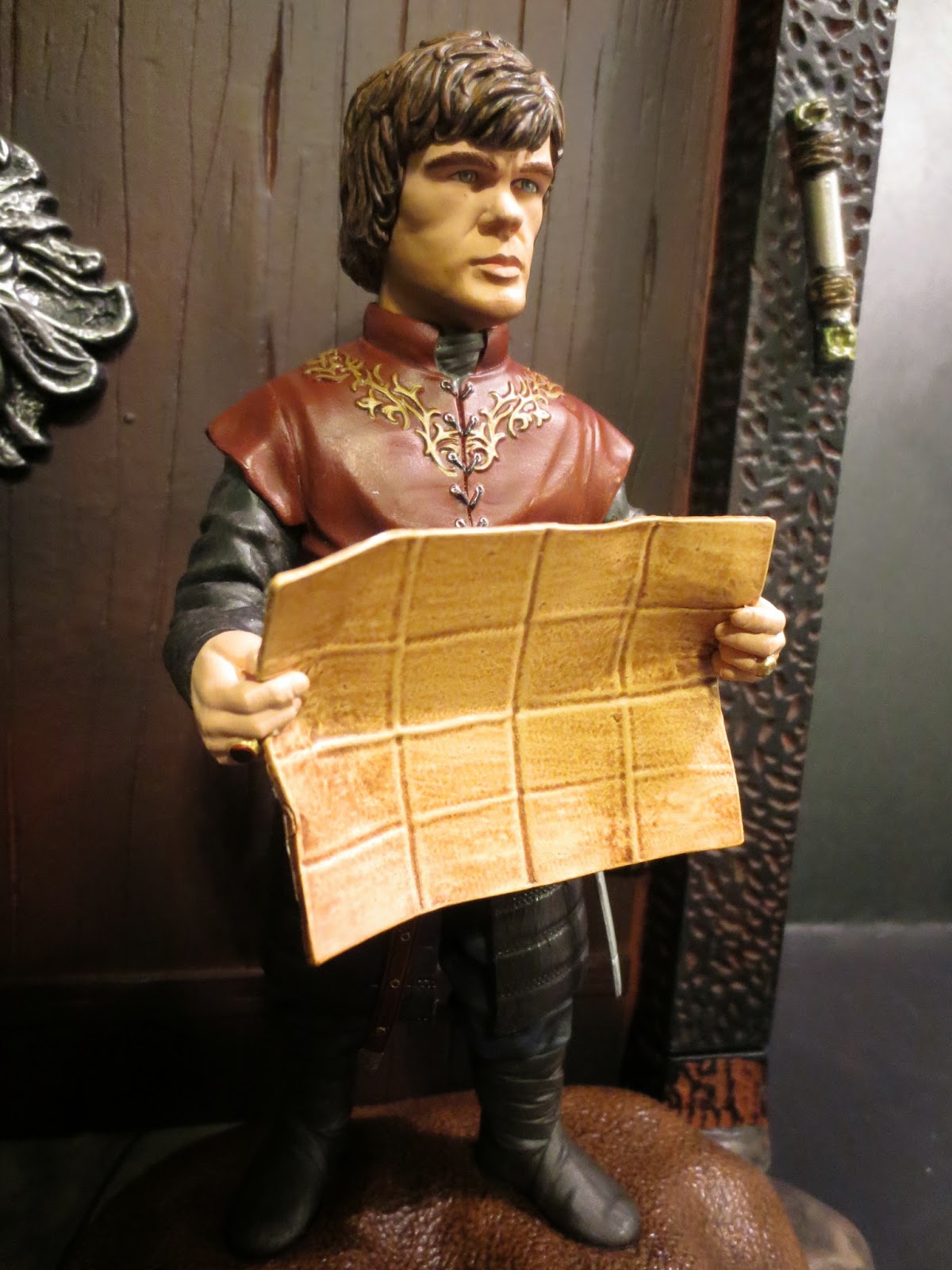 Overall, I'm quite happy with this figure. While the FunKo Game of Thrones figures definitely seem to be the more popular option, I was impressed by the quality, detail, and character selection of Dark Horse Deluxe's offerings. While I typically prefer my figures to be articulated with cool accessories, I'm not immune to the charms of well posed mini-statues. I like the poses of these figures and the fact that they can display so easily. Since the Dark Horse Deluxe and FunKo cannot be mixed and matched together, I opted to go with Dark Horse. If you're OK with mini-statues, you should be happy with these. They really do look nice and display well whether you own just one or the entire series released so far (currently five with five more coming out this summer). Peter Dinklage's likeness isn't captured perfectly here, but it is most certainly recognizable with solid sculpting and excellent paint. I'm happy to have this representation of "The Imp" in my collection, and feel confident giving this figure a Good and a 1/2. Honestly, a little bit more detail on the base would have really won me over; maybe a little something extra like Tyrion's axe or some other object sculpted on. If you know what to expect from these going in, you should be quite satisfied with these "stactions." 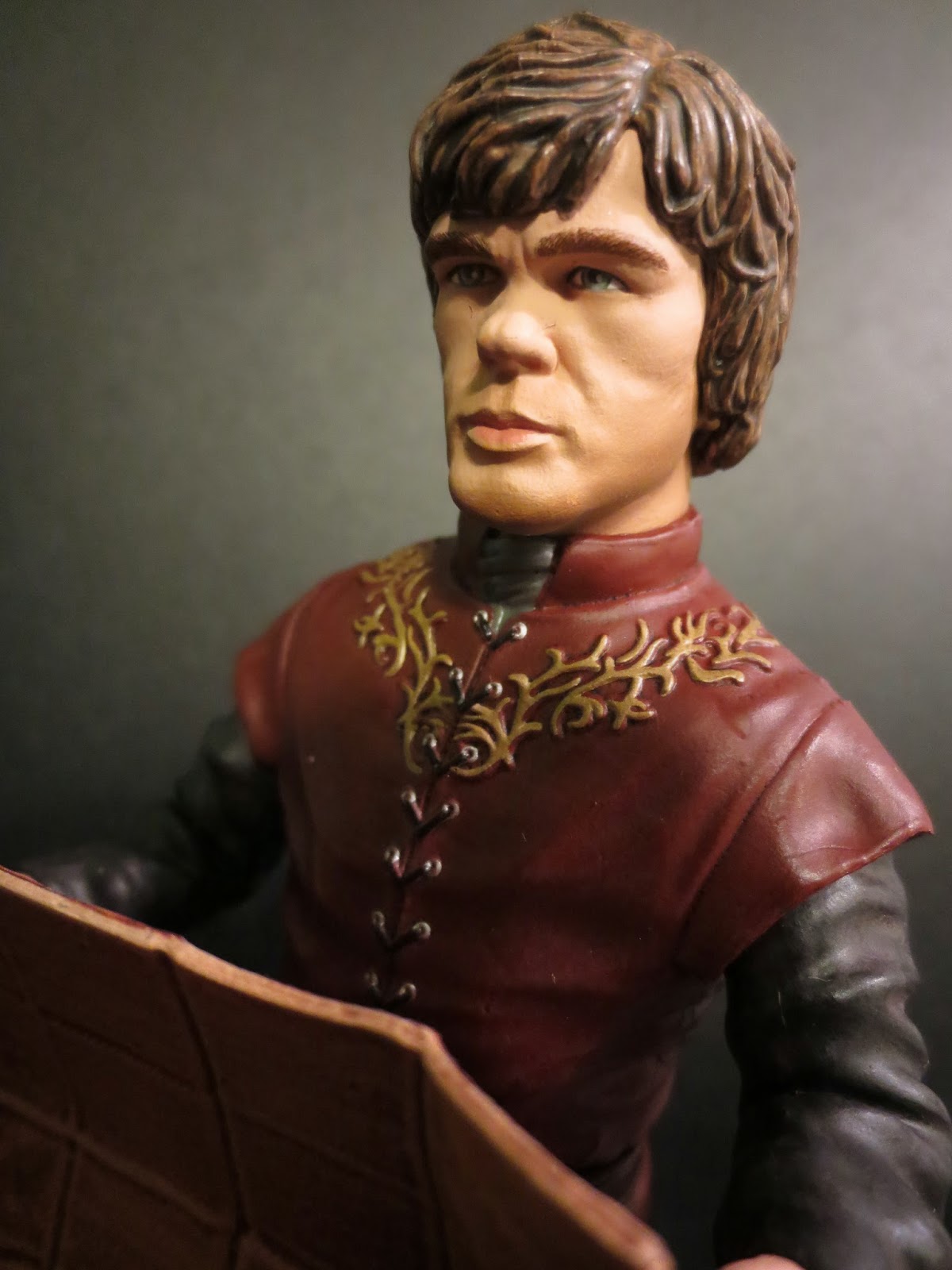 Interested in picking up a Tyrion of your own? Both Big Bad Toy Store and Entertainment Earth have Tyrion available along with plenty of other figures in the series such as Daenerys Targaryen, Khal Drogo, Eddard "Ned" Stark, and Jon Snow. Check them out!