Check it out: Mondo Her Poster 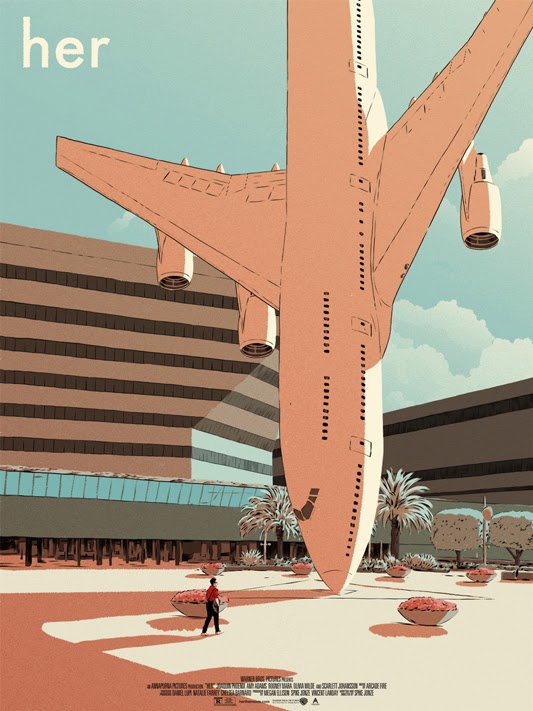 Earlier today Mondo revealed their poster for the 2013 Academy Award Nominee Her Directed by Spike Jonze and starring Joaquin Phoenix.  The poster by Mondo newcomer Matthew Woodson does an excellent job of capturing the melancholy feel of one of the best film's of 2013.  The poster will be on sale at  MondoTees Tuesday May 13th at a random time to coincide with film's DVD and Blu-ray release.  Many fans have felt Mondo has been hit or miss with some of their 2014 releases, so this one has to be in contention for best Mondo poster of 2014 at least based on capturing the feel of the film.  How many people actually want a poster of Her will determine this piece's value on the after market.