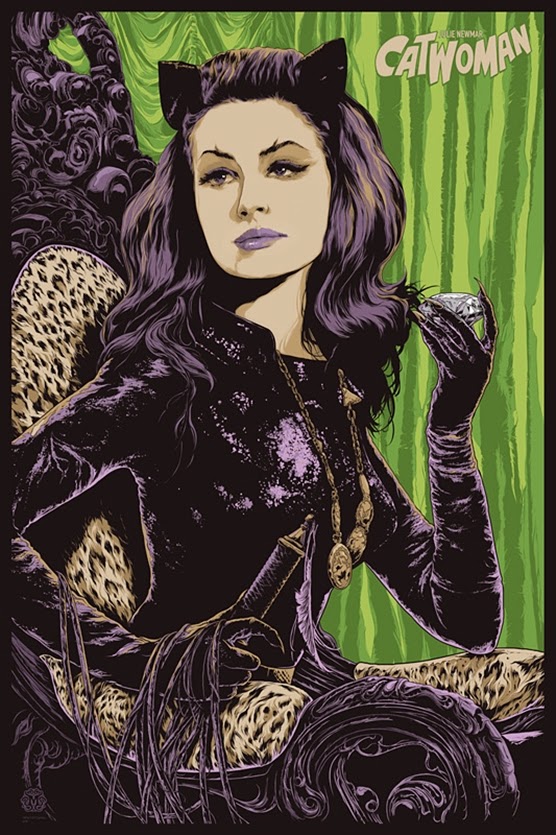 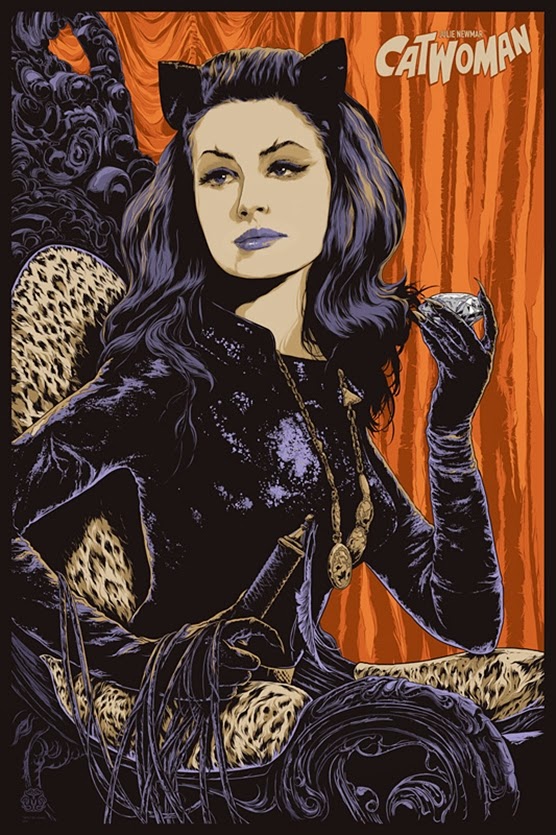 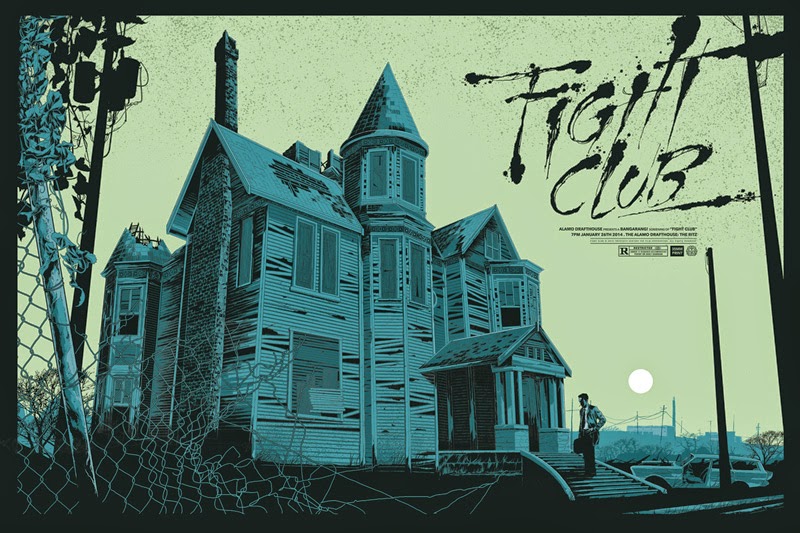 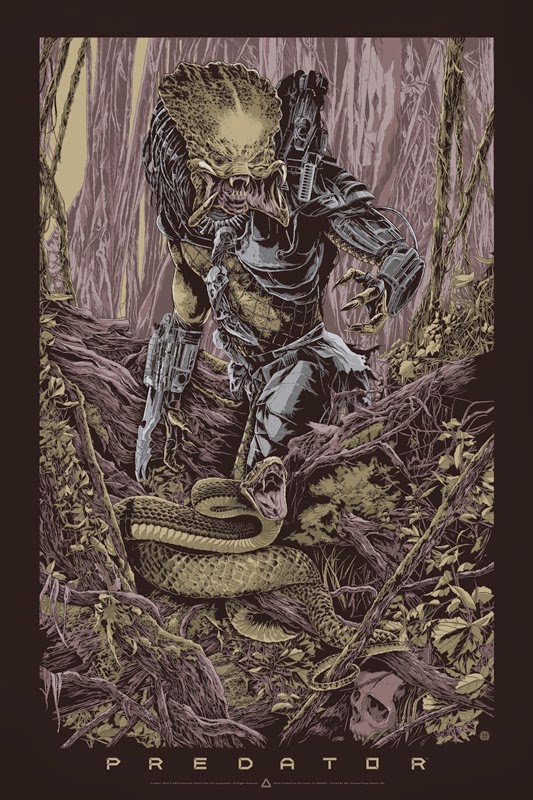 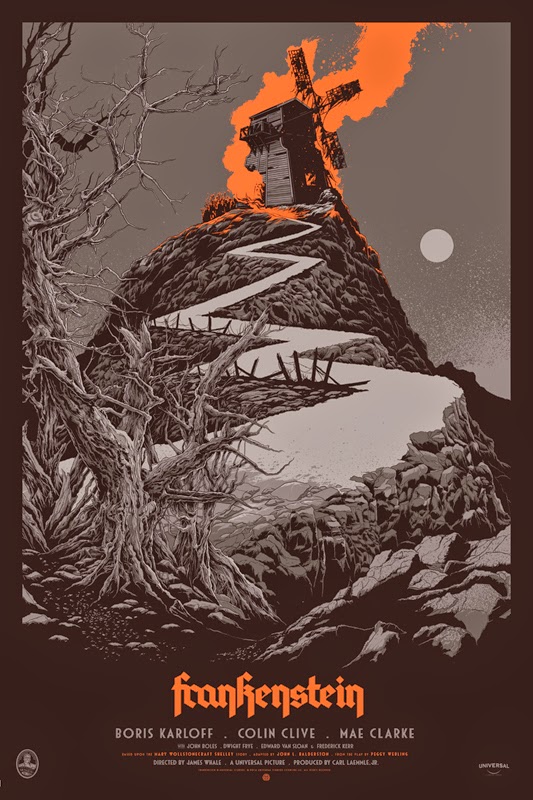 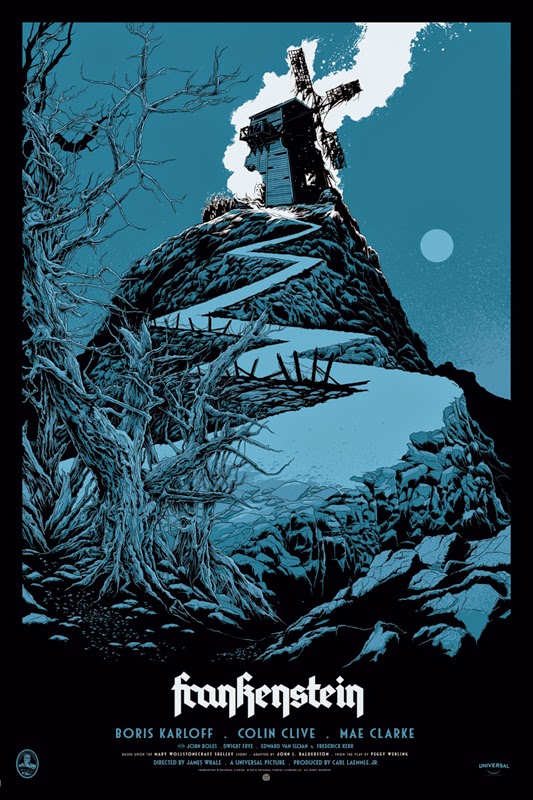 Frankenstein, it is unknown at this time which is the Reg. and which is the variant.  Both will measure24x36 with the variant having an edition size of 175 and the reg. having one of 375.

These posters represent legendary Mondo Artist Ken Taylor at the top of his game.  Ken has always thrived at capturing the most beautiful environments of each film he does a poster for.  The Fight Club piece in particular looks like it will become a grail among Mondo collectors, such a subtle way to capture such an Epic film.  While Taylor doesn't always do character work he really captured the classiness of the 1966 Julie Newmar Catwoman with that piece.  As of now all of these Epic Mondo Poster's are only available at the Ken Taylor Art Show at the Mondo Gallery in Austin Texas.  However look for these to be on sale soon at the Mondo Store.

Thanks to Germain Lussier and /FILM for this beautiful scoop!