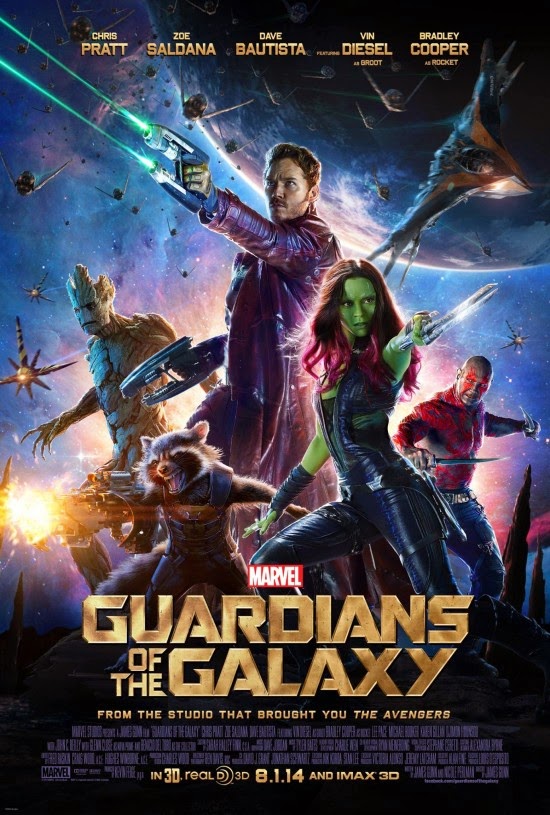 Marvel Studios has released the second poster of Guardian's of the Galaxy out August 1st.  While I am really excited for the film not much I can really say about this poster other than it's new and it's a representation of everything wrong with modern studio posters.  In other words it is a terrible photoshopped piece of crap and the reason why companies such as Mondo, Gallery 1988, Phantom City, and Odd City Entertainment are so popular amongst true film fans today!