Check it out: X-men Days of Future Past Blu-Ray Collectors Set 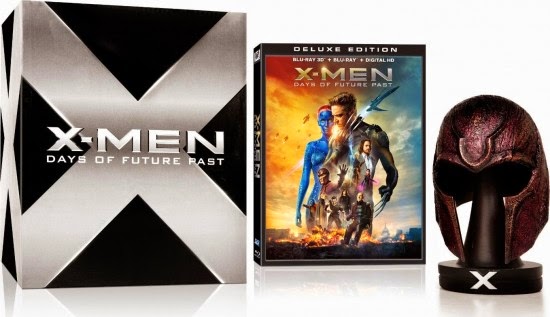 Fox has released the first image for their Epic X-men Days of Future Past Blu-Ray Collectors Set.  The Set will include the Blu-Ray 3D, Blu-Ray, and Digital Edition of the film.  However that is not the reason to pick it up, as seen above the set will include a replica of Michael Fassbender's 1973 Magneto helmet as seen in the film.  Odds are the helmet is plastic and not quite 1:1 scale, but still!  This is probably the best blu-ray collectors set since the broken Batman cowl from the Dark Knight Rises blu-ray release.  Odds are just like the broken cowl version of that movie, the Magneto helmet edition of Days of Future Past will be a  limited edition and pretty hard to find in stores.  While we have no release date for this epic set yet you can pre-order it at Amazon now for $75 that's $55 off the MSRP of $130 you will pay if you are lucky enough to find one of these in stores.

Props to Comicbook.com for the Reveal!