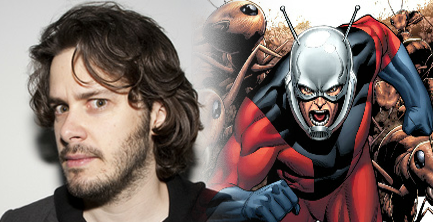 In some stunningly bad epic news Director Edgar Wright has dropped out of Marvel Studios Ant-Man film.  The man who brought us Shaun of the Dead, Hot Fuzz, and The World's End will no longer direct Ant-Man's big screen debut.  This comes as a big shocker considering that this has been a passion project that Wright has been working on since 2006.  Marvel Studio's says they already have a replacement Director working on the film, but the studio won't say who yet.  This very bad news for the evolution of the Superhero film genre considering that Wright's version of Ant-Man sounded like it would be a very unique entry into the Marvel Cinematic Universe they way it looks like James Gunn's Guardians of the Galaxy will be later this Summer.  At multiple points Wright said that Ant-Man would be a heist film the way that Guardians of the Galaxy is going to be a space adventure film, now unfortunately the only thing we have had heisted is the chance to see an Epic Edgar Wright Ant-Man film!