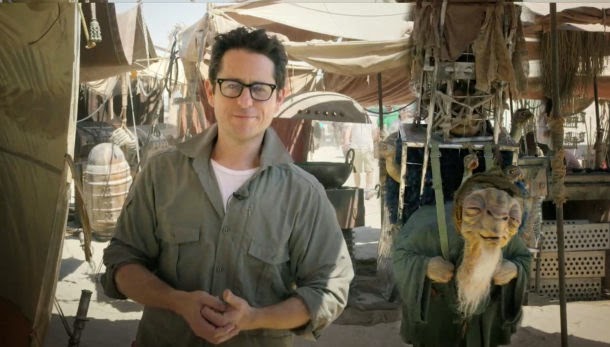 Disney has released the first official set video and photo from Star Wars Episode 7 both featuring Director J.J. Abrams on location in Abu Dhabi.  The photo you can see above, and to see it come to life checkout the video below.  While the gist of the video is make Star Wars fans aware of a chance to win a trip to the primary Episode 7 set in Pinewood Studios in London if they donate to the Omaze charity to help out the less fortunate how excited Abrams is to be making this film still shines through.  Even if the film isn't the primary focus of this video it's pretty epic to see the first Star Wars set since Revenge of the Sith, especially since it's on location.  Even more Epic is the fact that JJ is talking the time to use Star Wars for a great cause!

Donate to the Omaze Charity and enter for a chance to win a trip to the set of Episode 7 by clicking here!

Props to IGN for the scoop!