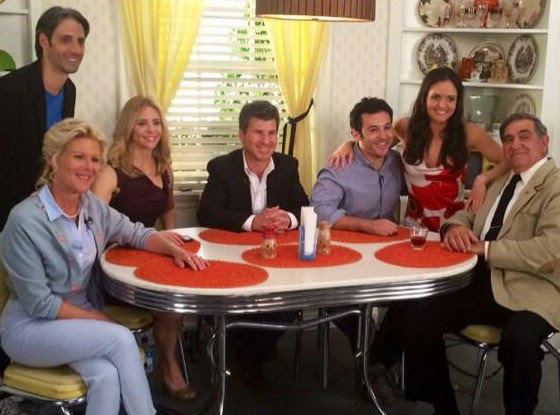 For the first time in over 20 years the cast of The Wonder Years got together on the show's original ABC set to record a reunion documentary for the upcoming complete series DVD release expected this holiday season.  The Wonder Years aired 115 Episodes over six seasons on ABC from 1988 to 1993.  The show follows Kevin Arnold  (Fred Savage) as he comes of age in the late 1960's and 1970's.  The Wonder Years has been one of the most requested shows ever on DVD, but due to the amazing songs from the 60's and 70's the show featured, a release was impossible until now.  I have gone on record several times saying that if I had to pick one show as my all-time favorite Drama or Comedy, Modern or Classic, The Wonder Years would be it as it appeals to my love for heartfelt shows and history.  For me this set was a no brainier; now you can imagine how excited fans of this show are due to the DVD exclusive cast reunion.  Is anyone else as excited to revisit the adventures of Kevin Arnold (Savage) as I am?

Props to E Online for the Photo!