Epic Rumor: Adam Driver to be a Solo in Episode 7 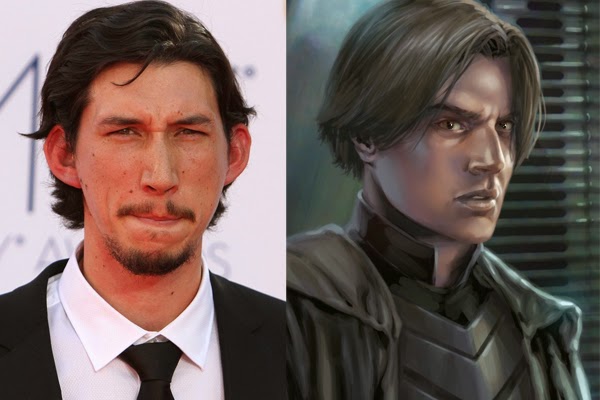 When the star of HBO's Girls Adam Driver was cast in Star Wars Episode 7 everyone assumed he would be a villain.  Well according to a new rumor from Jedi News he may be, but not at first.  Rumor is Adam Driver will play the Son of Han and Leia Solo.  Fans of the Star Wars expanded universe are hoping and reading into this rumor that Driver may play Jacen Solo who eventually turns to the dark side of the force in the Star Wars novels.  I'll be honest the thought of having the Jacen Solo story in a Star Wars film sounds pretty epic, and the thought of Driver playing that role seems like a perfect fit.  Again this is all a rumor, but what do you think fellow epic reviewers do you want to see Jacen Solo in Episode 7? If so what do you think about Driver in the role?