Check it out: Hot Toys teases their Guardians of the Galaxy line 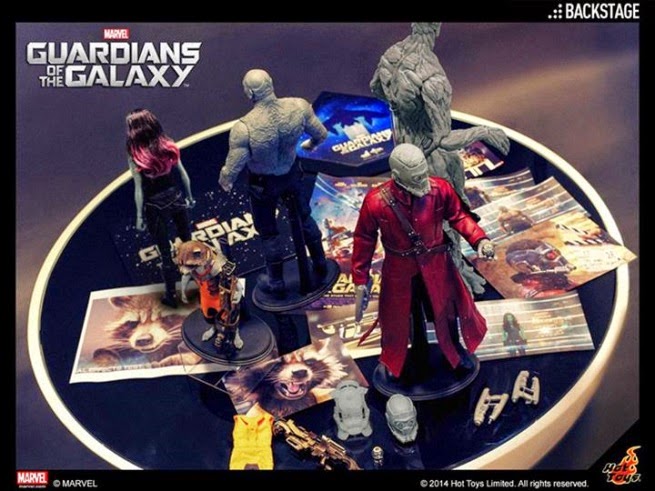 Hot Toys have released the first images from one their most anticipated lines from one of the most anticipated film's of the Summer James Gunn's: Guardians of the Galaxy.  With all the hype surrounding Guardian's and Hot Toys tendency to milk Marvel Studios for all they can it's no surprise that they are making all 5 Guardian's.   Don't expect to see these outlaws in all of their glory until after the film hit's August 1st.  The big discussion on these will be the price points for the giant size Groot and the smaller Rocket Raccoon hopefully they will be packaged as a two-pack.

Thanks to ComicBook.com for the pic and scoop!