Epic News: Ghostbusters heading back to theaters and New Blu-ray's on the way 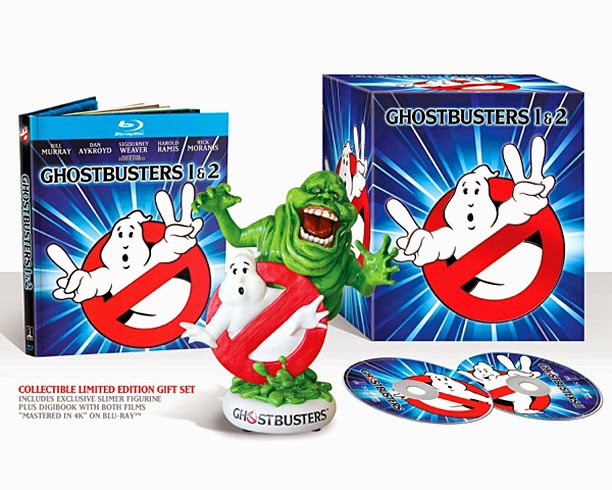 To celebrate the 30th Anniversary of the beloved all-time classic Ghostbusters, Sony is not only releasing new Ghostbusters blu-rays they are re-releasing a restored theatrical cut of the film in theaters.  What an epic opportunity for anyone who has never seen the original on the big screen!  The restored theatrical cut will released to theaters August 29th, and the new blu-ray's will be out September 16th.  If you own Ghostbusters on blu-ray time to slime up some more cash because this is a brand new restored cut of the original film, and it's the only way you can get the sequel on blu-ray for the first time as part of the set which comes complete with an Epic Slimer diorama.  Seeing Sony do things like this has to make one hold out hope for a Ghostbusters 3 in the near future.  So what do you think fellow Epic Reviewers will you be picking up this set even if you own the first one on blu-ray already?  Are you excited to see a restored cut of Ghostbusters in theaters?

Thanks to EW for the scoop!