Epic News: The Marvel Cinematic Universe has found it's Kingppin 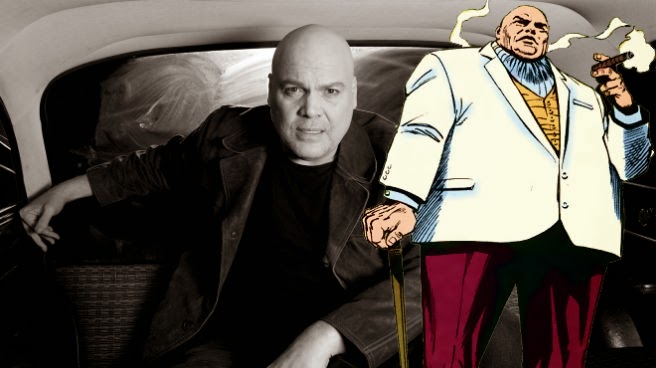 Full Metal Jacket and Law and Order Star: Vincent D' Onofrio will play Wilson Fisk AKA the Kingpin in Netflix's upcoming Daredevil show set to debut in 2015.  Sounds like solid casting, but honestly I am no too familiar with Onofrio's work.  Based on the above pic he does have the look of the original Wilson Fisk, but I honestly enjoyed Michael Clark Duncan's version of the character from the 2002 Daredevil film.  However admittedly growing up on the 90's Spiderman cartoon I have a weird view on the Kingpin.  Although he is seen as more of a Daredevil villain I see him just as much as a Spidey baddie, I just hope that at some point down the road we can see the big man himself in a Spiderman film.  Perhaps in a shared rights situation the way Quicksilver appeared in X-men Days of Future Past this Summer and will be in Avengers 2 next Summer.

Thanks to CBR for the Scoop!