Epic News: Marvel's assault on it's first family continues as the Ultimate FF gets axed 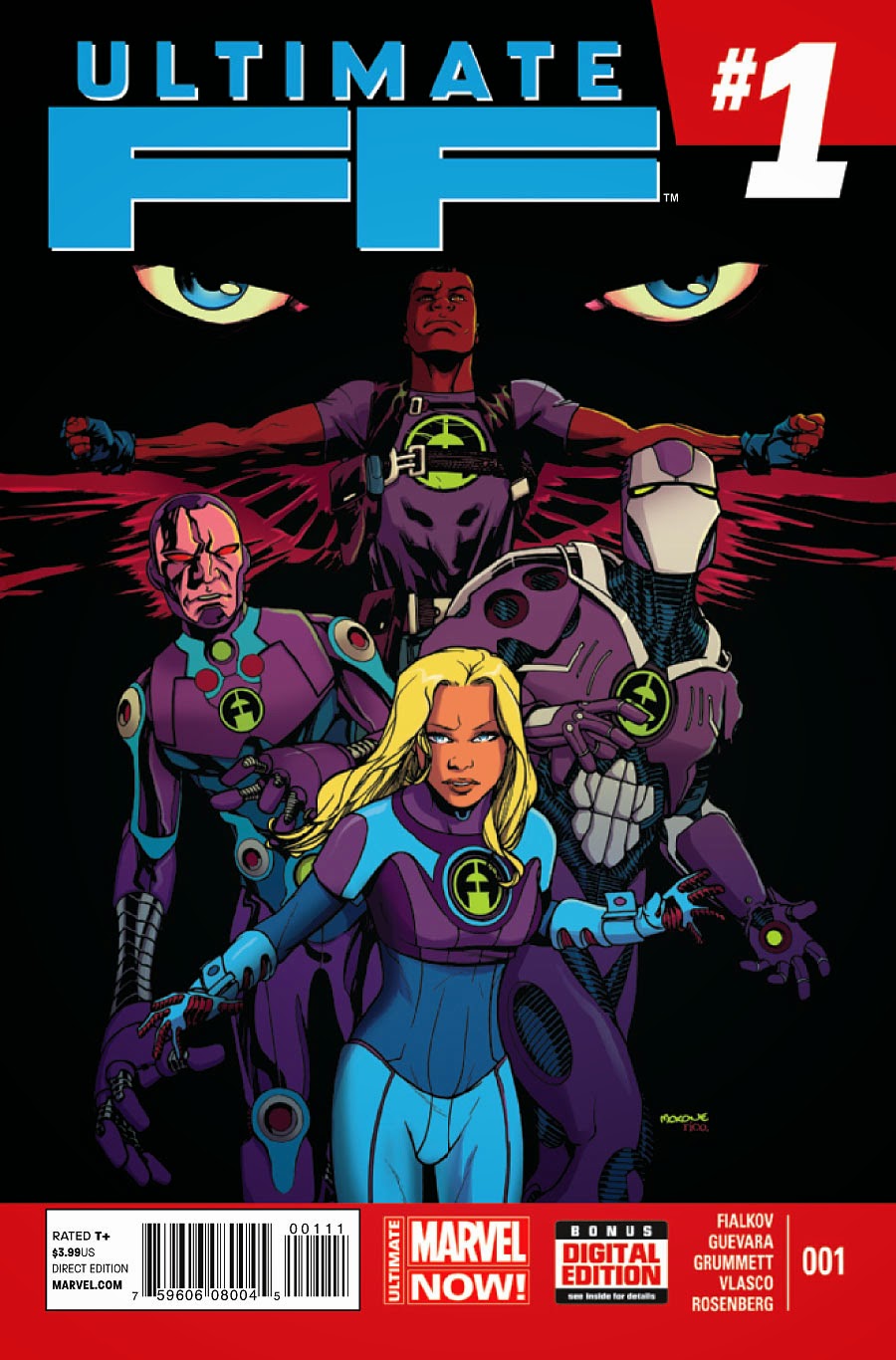 CBR broke the news last night the only six issue old new Ultimate FF series written by Joshua Hale Fiaklov is getting cancelled.  This comes as rumors have swirled in the comic book community of a concerted effort from Marvel Comics to suffocate and destroy the book that Stan Lee used to launch the Marvel Universe.  Sources suggest that Marvel Creators and Artist are not to use or reference the Fan 4, Dr. Doom, Silver , Galactus, or The Watcher as heavily or if at all as they have in the past.  The suspected reason for this axe is Marvel now owned by Disney does not want to publicize a Fox Studios based property.  But what about X-men isn't it a Fox Property? Or Spider-man isn't that a Sony property? Well yes but apparently Marvel Comics see's them as too big from a financial standpoint to ignore.  As a Marvel Zombie for most of my life this downright offends me, I understand that Disney owns these character's now but how can they simply systematically ignore one of the biggest pillars of the Marvel Universe? Studios are free to interpret characters how they want and update them for newer generations, but should they have a right to bury them? I guess so, it just saddens me that a generation of comics readers could miss out on these  Fantastic adventures.  I realize this could be a business decision as after two lackluster movies and few bad comic book runs the Fantastic 4 are dwindling from the American consciousness, but these characters are just as important as ever in the Marvel's Comics Universe!  The glimmer of hope is that with an up an coming Director like Josh Trank and a future A-list star like Michael B. Jordan being involved in the next Fan 4 film due out June 19th 2015 perhaps they ignite some fire into this property for a new generation of fans.

Please let us know in the comments what you think? Should Marvel do this to these beloved characters? Is it right?