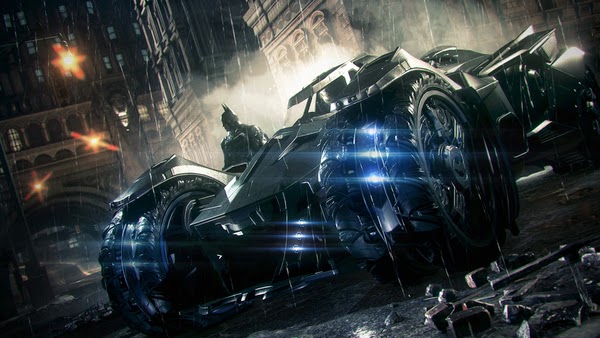 Rocksteady has revealed two new images of the much hyped Batmobile in Arkham Knight, but they have also anounced that the game expected this October has been delayed until sometime in 2015.  The company has not released any information on the cause for the delay.  As sad as I am to see the delay as this is really the only non shooter or sports game I am looking forward to, I would rather The Dark Knight's video game finale be epic rather than rushed.  Arkham Knight is a guaranteed system seller for both the Xbox One and PS4 so Exec's at both companies will be singing Batman Smells instead of Jingle Bells this Holiday season!

Thanks to Metro UK for the scoop!