I know it's been a while since I last posted on here so I felt it was time to ramp up the video game review section of this website. The sad thing is that i've been playing catch up on my video games since college! So I was looking on IGN for the newest games and this title jumped out at me. It was described as a detective game with a supernatural twist and I just couldn't resist! Now truthfully if I were to categorize this game I would put it in the puzzle game genre. Some people may get mad at me for this but this game focuses on the story.  Check out my review after the break..... 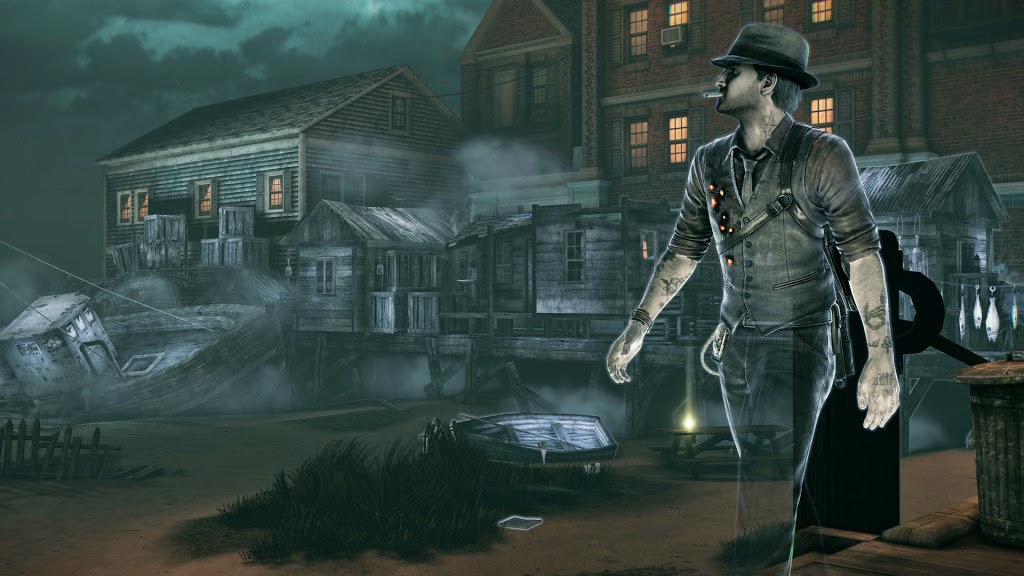 But let's start at the beginning. Guess what? You are Ronan, the hot shot Criminal turned Badge… oh yeah…and you're dead. And that's not a spoiler because you can tell your dead just by looking at the box! A serial killer is on the loose in the history heavy town of Salem, Massachusetts. In fact, you, Ronan the Cop, have just been murdered by this killer dubbed "The Bell Killer" due to a picture of a bell that is drawn on every victim. Young girls have been murdered all over the town and no one knows who this mysterious Bell Killer is. When you wake up as a ghost you figure out that you are stuck in this in-between world until you finish your unresolved business, finding out who killed you.One of the first characters you meet in the game is a feisty teenager named Joy. And she is the only person who can see you. Know why? Well, she's a medium. And so is her mother, who has been missing for a few days. Your goal as Ronan is to figure out who the Bell Killer is, find Joy's mother, save Salem, and finally rest in peace. Think you can handle that?

The cool thing about being dead is the way you get to interact with your environment. Now of course you can't pick things up, because, let's face it, who's ever heard of ghosts moving objects? (rolls eyes) And this can be kinda frustrating to begin with but after an hour or two you get the hang of it. Something else cool you can do? Walk through walls! I've never played a game where the character can literally walk through a wall (unless it was a glitch…) Of course you will spend the first half of the game walking through doors continuously until you figure out, "Hey! I can walk through walls! Why did I just walk through a door???" I've watched some play throughs of this game and everybody does it at least once! And lastly you have just received some pretty cool ghostly super powers. Nothing like flying or anything, but you do get to possess some cats and teleport and other pretty nifty things.

I said I would categorize this game as a puzzle game because there is VERY little combat, and the combat that is in the game must be approached from a puzzle solving aspect. You can not face your enemies head on, you must come at them from behind. So how you gonna to do that? (yes, I purposefully left "are" out of that sentence.)

Speaking of enemies, in this game the only thing you have to watch out for are "demons." These are people's souls who have been trapped in the ghostly world so long they have forgotten what it is they need to resolve in order to move on. Therefore they have basically dissolved in to these creepy wraith looking creatures. Oh yeah, they want to eat your soul so… don't run into them.


So over all this is a great game for gamers who want a sort of walk through experience that focuses on the story telling and less on the gun shooting/sword fighting/spell casting. The feel is just creepy enough to keep you on the edge of your seat while still being engaging. There is a TON of history in this game and I didn't do any fact checking to see if it was accurate so I'll leave that up to the history buffs. Write a comment if you find an incorrect fact about Salem. Also if you are an achievement hunter or a collector this game has a crazy amount of things for you to find a well as several side quests which are fun and diverting.