31 Days of Toy Terror: Brocotal from OTMFG! by October Toys 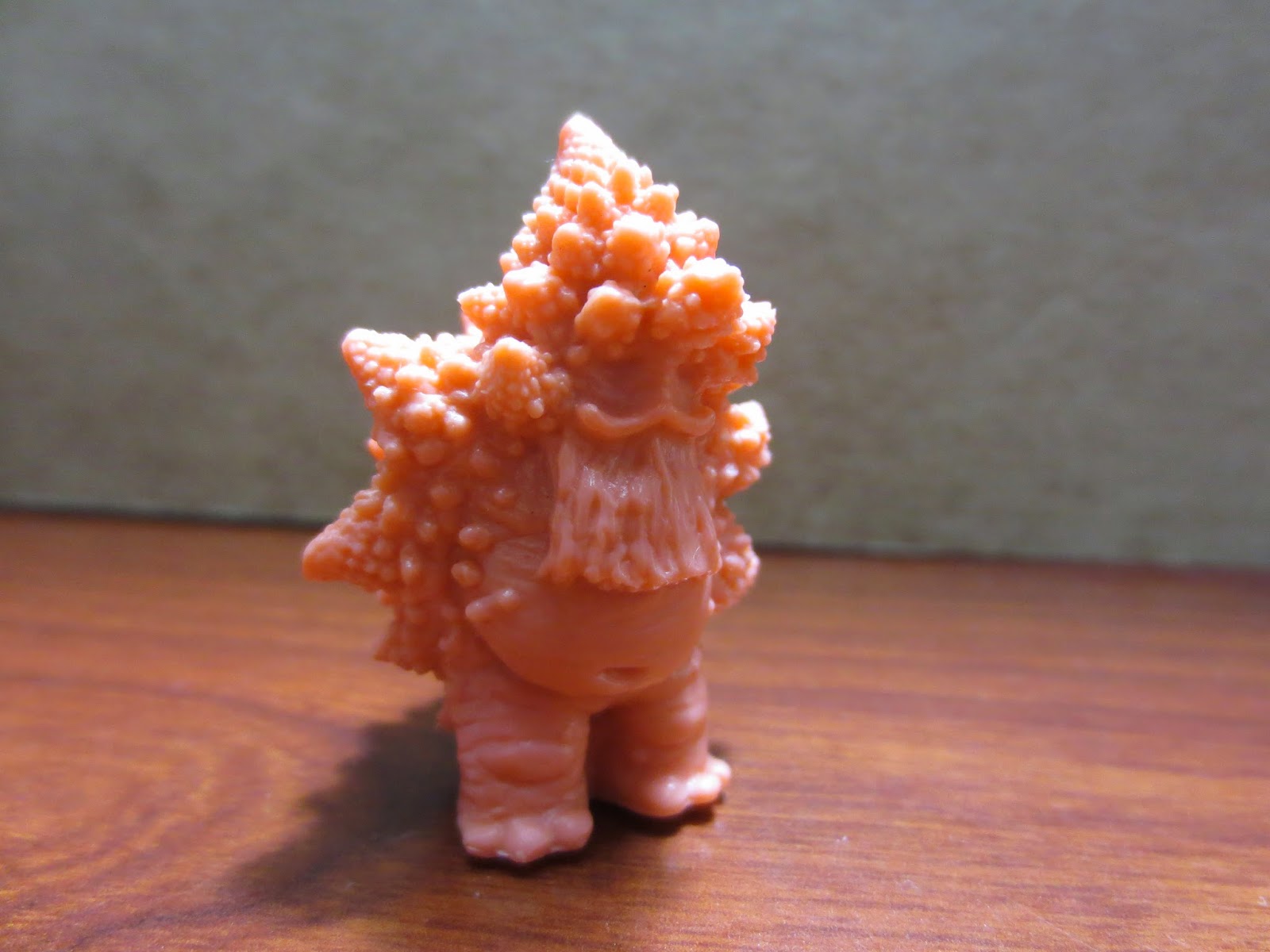 As we move closer to Halloween, the toy terror grows and grows! Today I have two terrors to thrill and chill you, boils and ghouls! First, if you haven't already, make sure to head over to Kickstarter and support the fourth series of OMFG! minifigures. This is a great, crowdfunded and community designed line that just gets more and more awesome. There are only about two days left to fund this, and it'd be a real terror if these guys didn't get made! Secondly, it's time for a minifigure that is the perfect fit for your phobia if you just can't stand leafy, green vegetables! It's Flesh Brocotal from OTMFG! (October Toys Minifigure Guys) from October Toys. If you're only picking up OMFG! and missing out on these guys, you're making a big mistake! Nearly every the good folks at October Toys are treating us to great new sculpts and colorways from this awesome, home brewed line.  Brocotal is a new sculpt for 2014 and was originally released as a Leafy Green colorway. Unfortunately I missed that version, but I've since picked up all the rest. Ready for some veggie inspired horror? Than join me after the break... 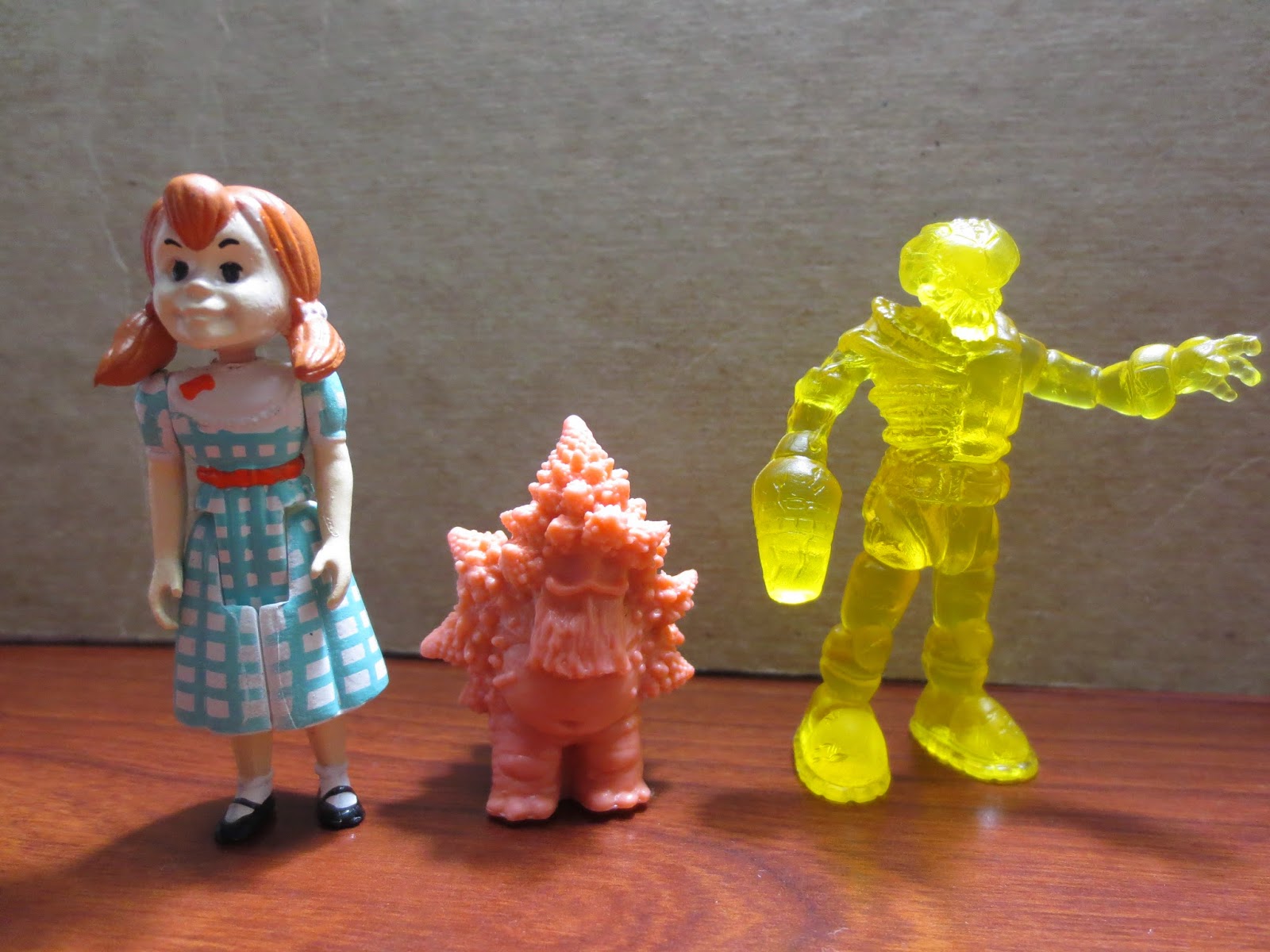 At an inch and a 1/2 tall, Brocotal is a pretty small guy. That doesn't mean he isn't a perfect fit with your other minifigures, though. He looks great with M.U.S.C.L.E., Mystical Warriors of the Ring, OMFG!, S.U.C.K.L.E., or any other rubbery minifigure line. He's on the short side but that it part of his charm. He maintains the lovable wackiness of the best rubber minifigures of the 1980s in his small, non-articulated frame. 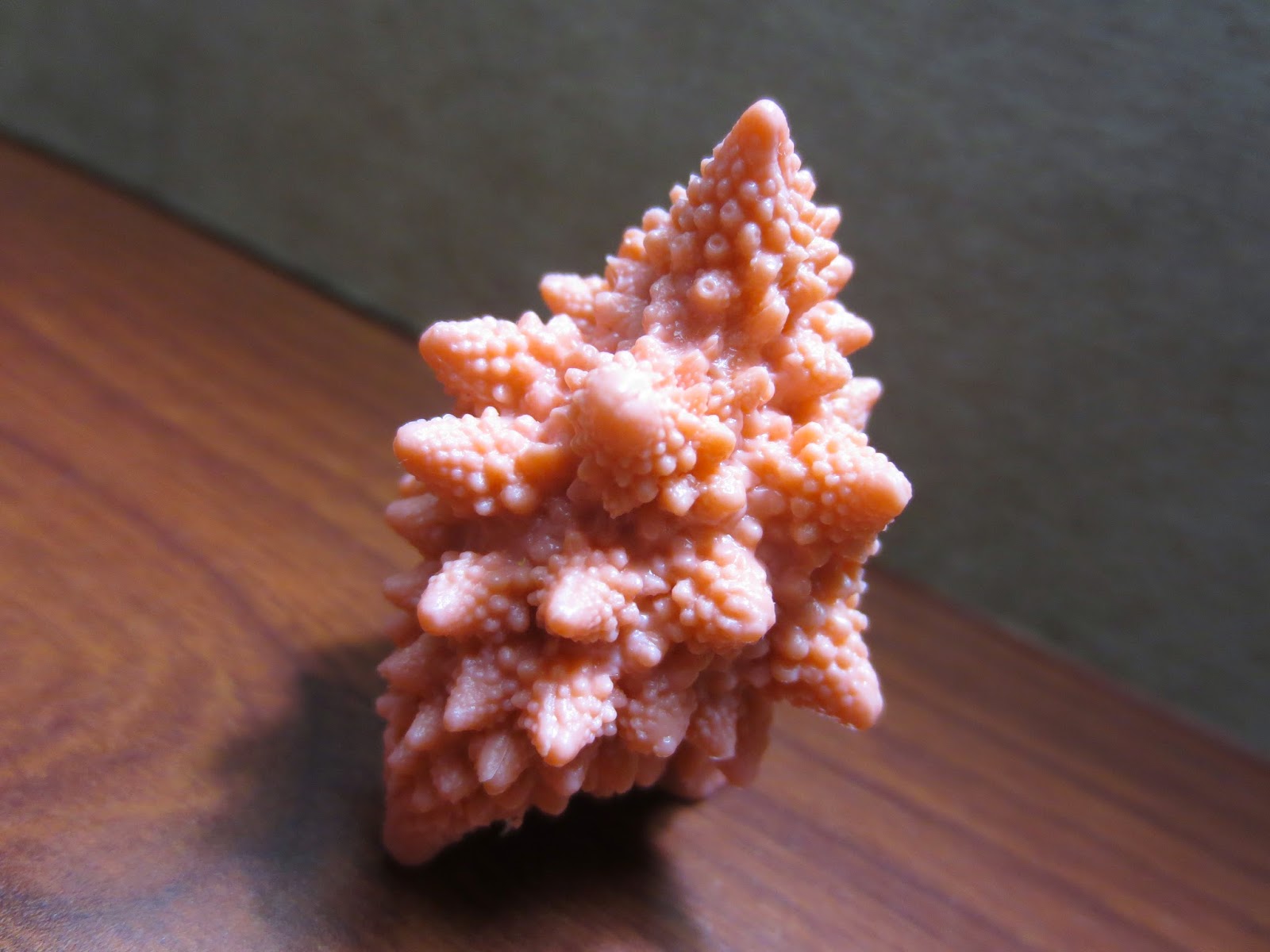 Brocotal was sculpted by master toymaker George Gaspar so you just know he's going to be awesome and well detailed. I'm not sure if there's a story behind Brocotal, but think of a short, armless troll that is covered with some sort of bizarre vegetation. For some reason, I'm getting an Ent-like vibe from this guy. Is it the beard? His eyes are not really visible beneath his leafy growth but he does have a cool beard and a friendly looking mustache. The amount of detail on the broccoli like growths on Brocotal's back is astounding. I particularly like how the foliage kind of looks like a tail as it tapers down near his feet. I can really see this guy being some sort of odd kaiju from a movie that no one ever knew existed. 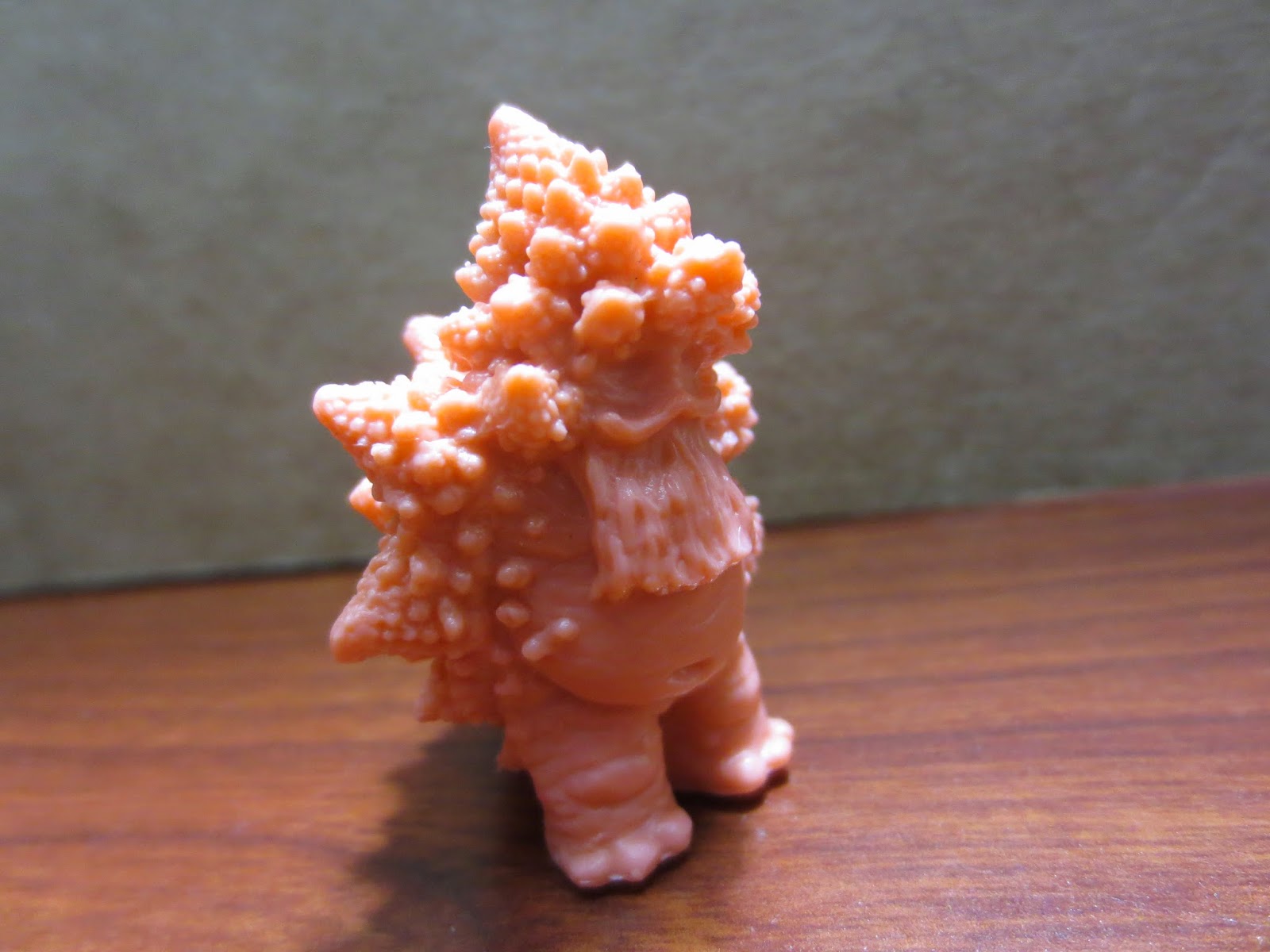 Since he's a little rubber minifigure, Brocotal features no paint work and no accessories. He is what he is. This version of Brocotal was the fourth release of the figure and comes in the standard pink color that so many other minifigures were released in. This is definitely my favorite color for minifigures overall, although I like the colored versions of Brocotal better. 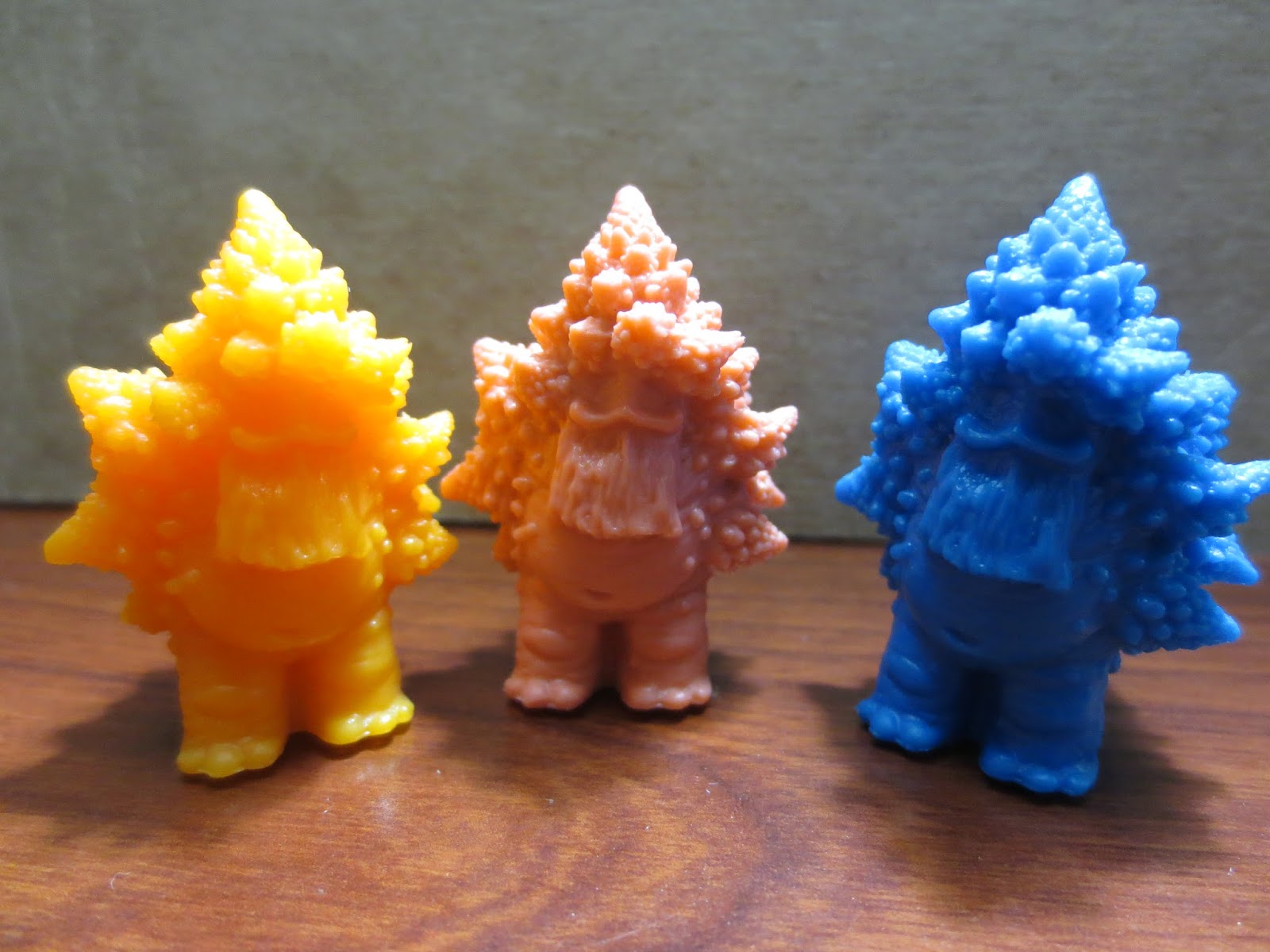 These guys usually sell on October Toys for $2 each and anytime I can get a new mini for $2, I'm happy. While Brocotal isn't as fun or versatile as some minifigures that look more suitable for combat or wrestling, he's still a unique and oddly charming mini that will stand out a bit. I have no problem giving this guy a Good and a 1/2. He's not my favorite vegetable themed minifigure ever (that would be Baby Deadbeet) but he's still a part of a good, balanced minifigure diet. And now I really want to see a series of movies starring Brocotal. Brocotal versus Godzilla! Brocotal versus Baragon! Brocotal versus Anguirus!


If you have a nostalgic itch for more M.U.S.C.L.E. inspired minis, visit October Toys