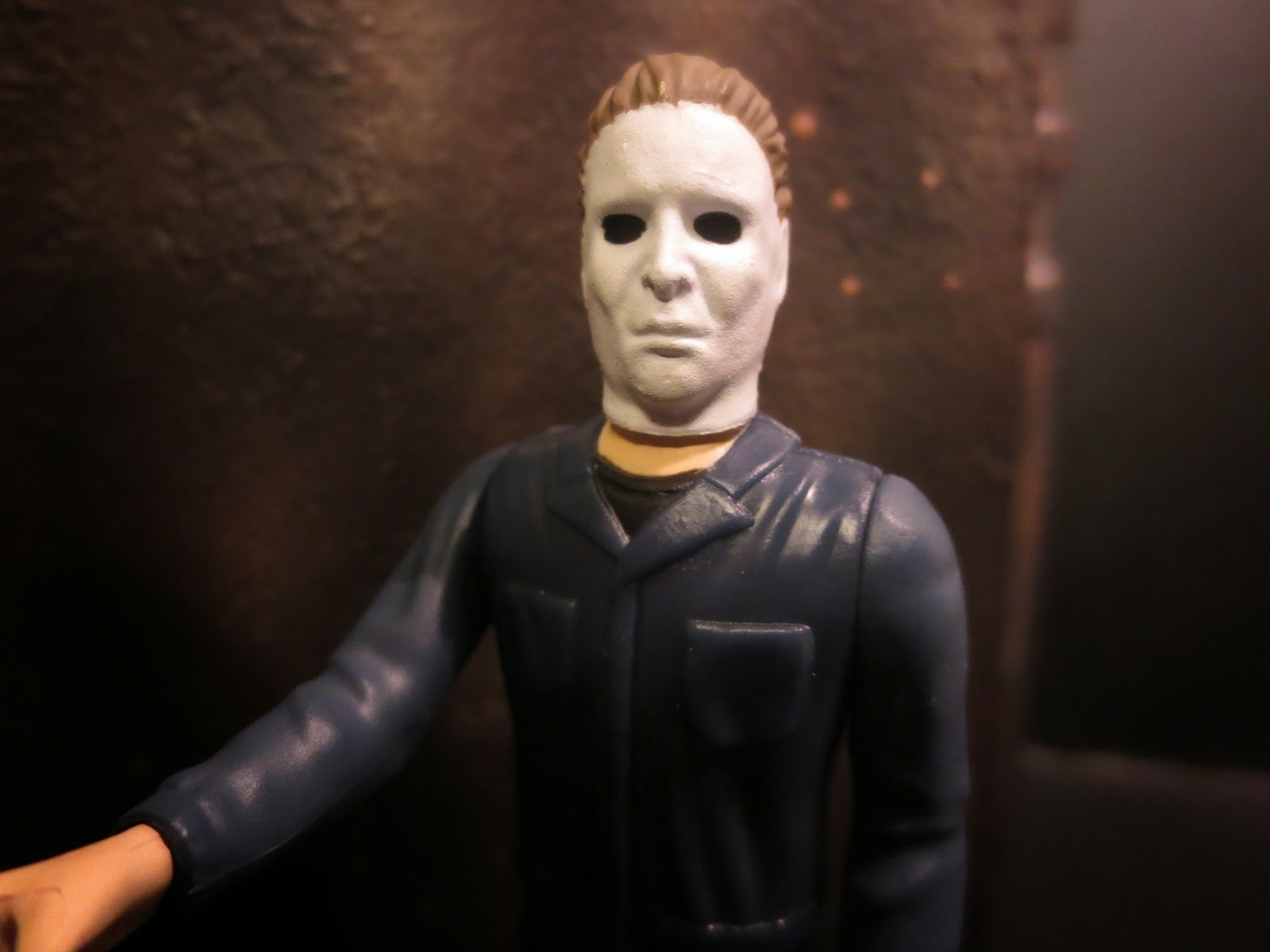 Today's installment of 31 Days of Toy Terror takes place in the little town of Haddonfield, Illinois. As the air begins to chill, the leaves begin to crisp, and the days grow shorter, evil begins to terrorize a small town.

As you can probably guess from last year's tribute to director John Carpenter and my review of the McFarlane's Movie Maniacs Michael Myers last October 31st, I'm a huge fan of the movie Halloween. I watch it at least once every Halloween season (and sometimes multiple times) because it just feels like the truest, purest, most basic example of what Halloween should look and feel like. While I enjoy watching many of the sequels, there's something about the first film that is raw and powerful. While Halloween II is a strong sequel that does make the first film feel more complete (not that it needed it, necessarily) the mysterious nature of Michael Myers, AKA The Shape, in the first film is what sells the movie. I'm really excited to see that Michael Myers made it into the first series of Funko's ReAction Horror Series, which focuses on more modern horror stars, because it allows us to complete the slasher film trio of Michael Myers, Freddy Krueger, and Jason Voorhees. Ready for a visit with Michael? Then join me after the break... 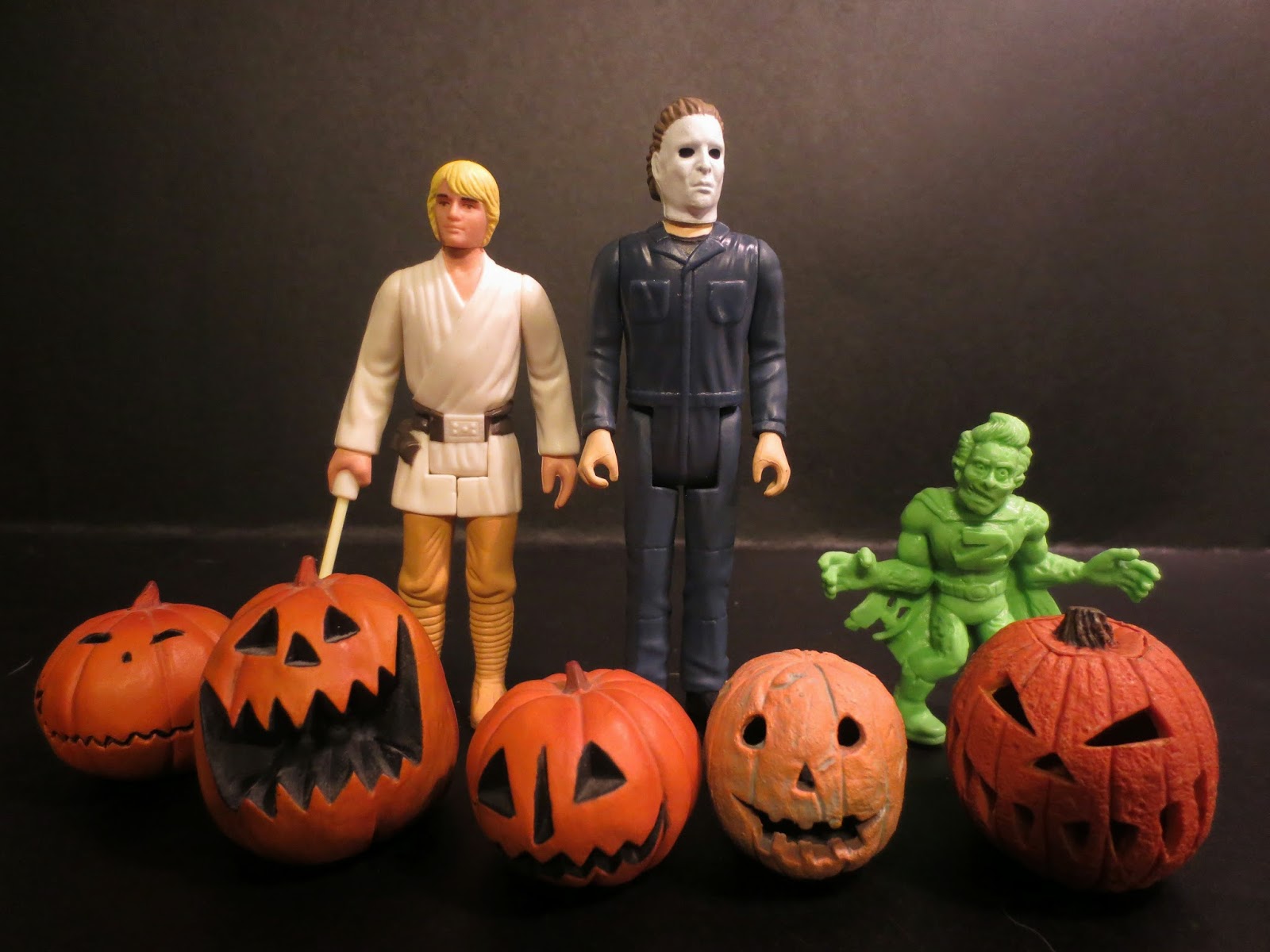 Standing at 4 1/8th inches, Michael Myers is a bit taller than most other Kenner inspired action figures. That makes sense, though, because Michael Myers typically seems like a large, imposing presence. Of all of the ReAction Horror Series figures that I've seen so far, I think Michael looks and feels the most like a figure from the late 1970s or early 1980s. He's simple, but well executed. 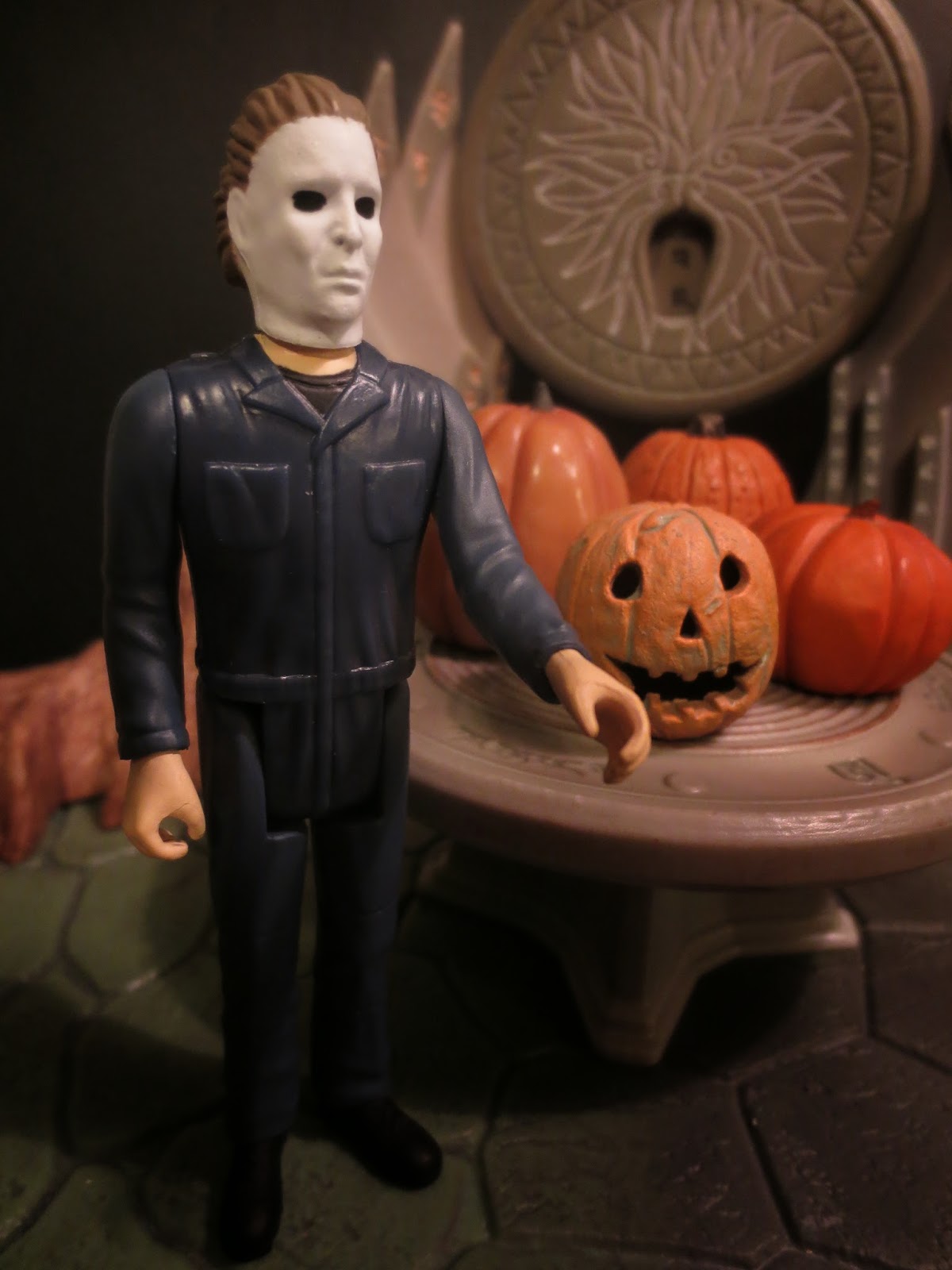 As is par for the course, Michael Myers has five points of articulation: Swivel hips, swivel shoulders, and a swivel neck. He feels nice and sturdy and looks just fine standing stiffly with his hands at his sides; that's kind of what the character usually does. 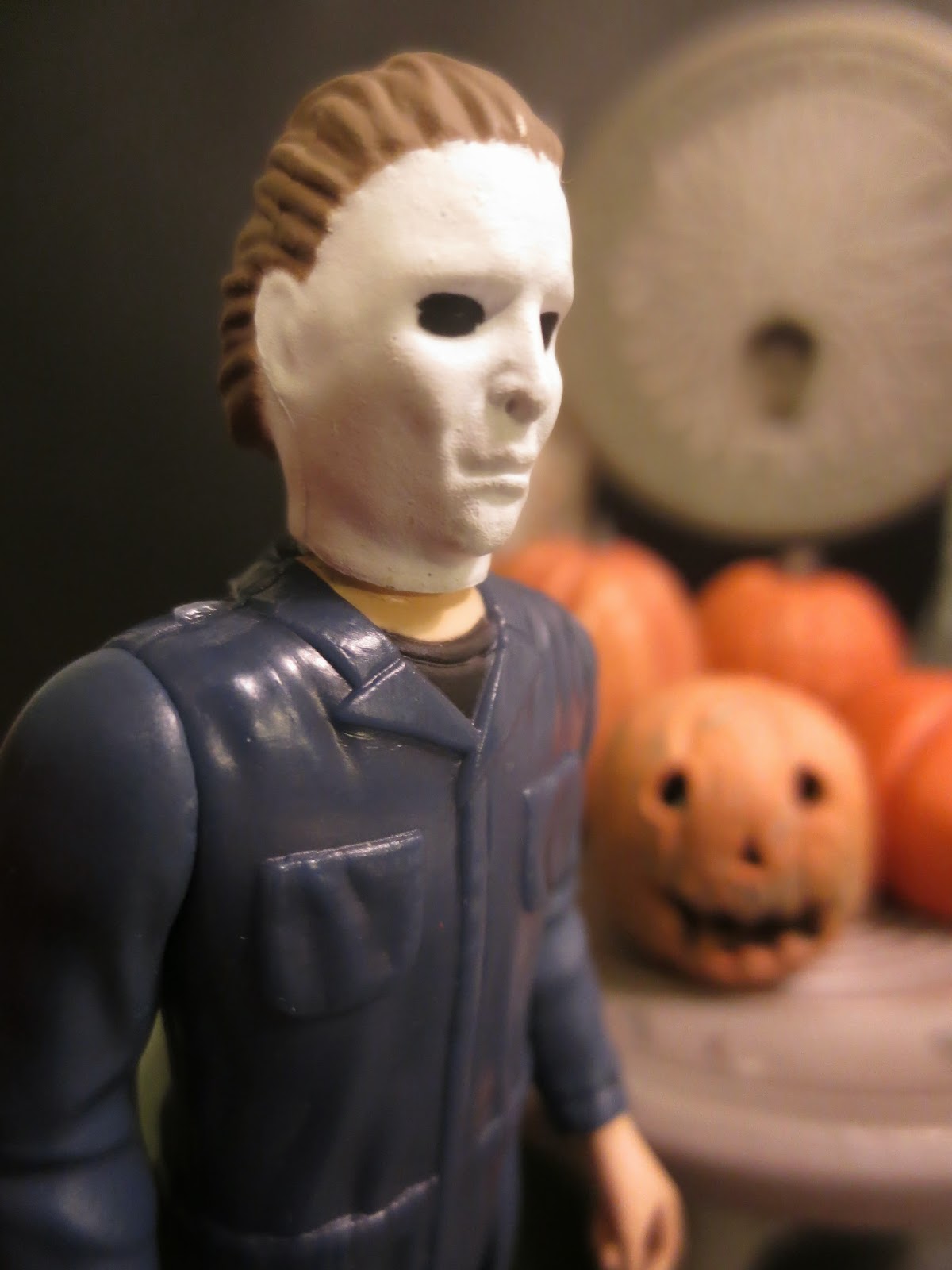 The sculpt here is really impressive in that it captures all of the details necessary to make the figure recognizable while still looking like a 30 year old action figure. Michael Myers' blue boilersuit is a simple sculpt but features all of the expected details like double breasted pockets, an elastic waist, and lapels. His boots are fairly plain with simple sculpted laces and treads on the soles. The head is the real standout, however. While it is very basic, this might be one of the best Michael Myers mask sculpts I've seen. First of all, it is really plain. There is no expression: Just the most basic facial features. Second, the eyes are not sculpted. They're just plain and empty. I think this captures the feel of the character much better than actually trying to sculpt eyes. Everything looks great here and captures the spooky "blank slate" persona of Michael Myers. 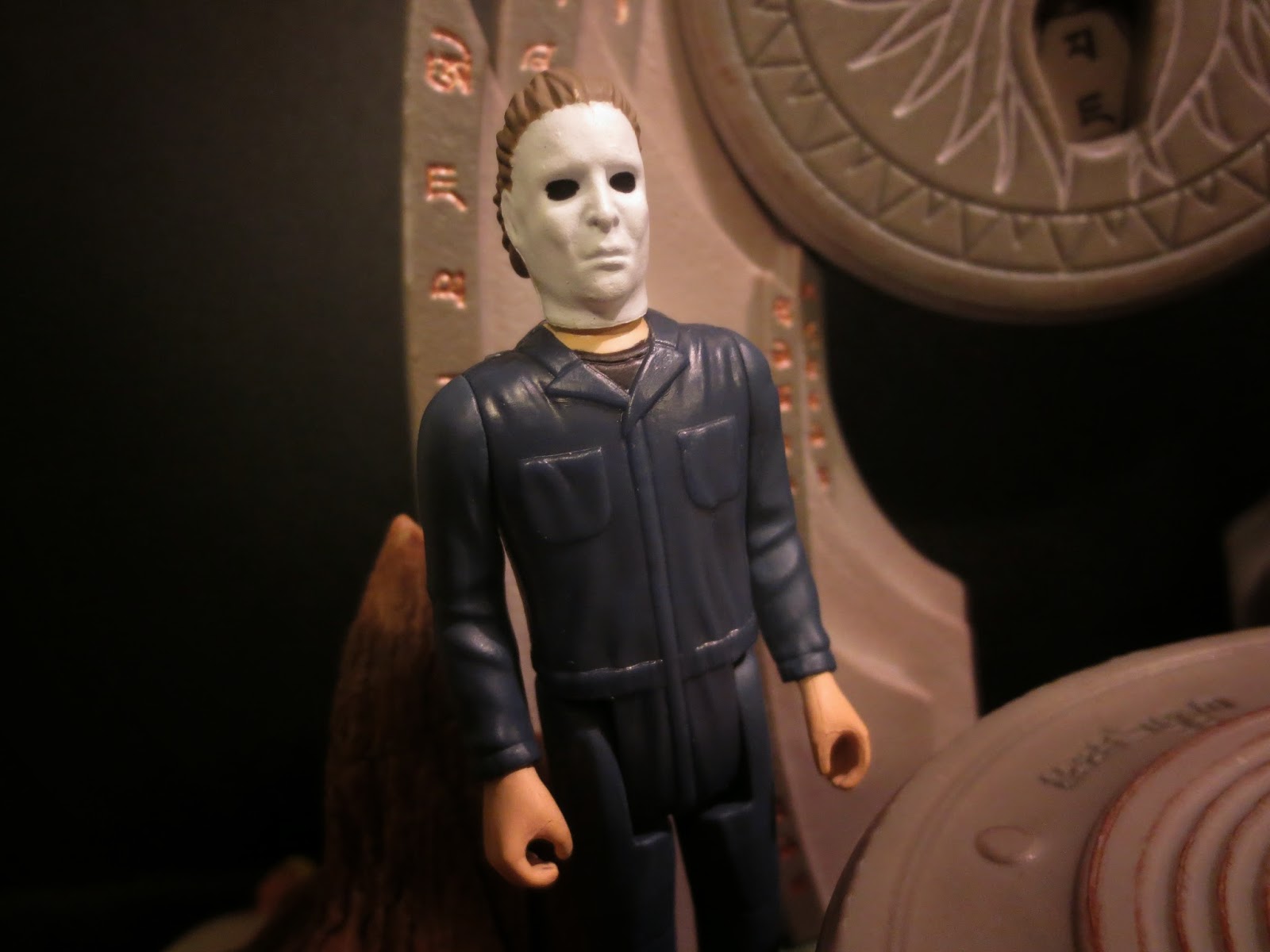 For the paint work, simple but effective again captures the gist of what is offered. My only real complaint is that the torso and the limbs are molded in slightly different shades of blue (the torso is much glossier). Still, the lines of separation between the suit and other details like Michael's hands, boots and t-shirt look great. The mask is handled excellently; it's not a pure white, but a dirtier white that matches the look of a latex mask. The hair has one little error, but otherwise everything is excellent. 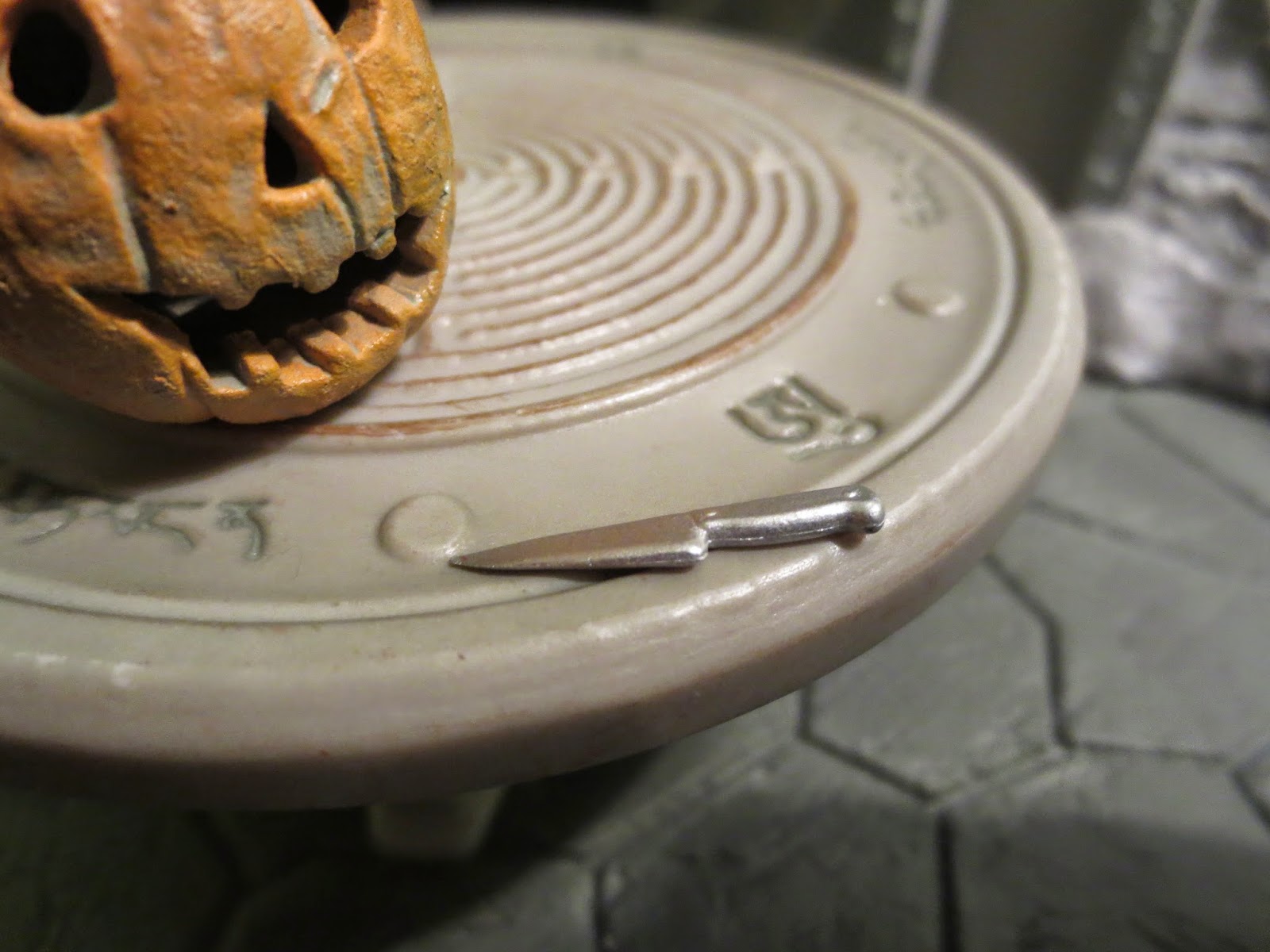 Michael comes with his butcher knife; what more does he need? It is a tiny little accessory, but it really completes the character's look. It's molded in a silver plastic and features the little rivets that hold the handle on the blade. It easily fits in his right hand for some stabbing action. Actually how disturbing would it be to have action figures of these guys based on Kenner figures from the late 80s or early 90s? Michael Myers with real stabbing action? Freddy Krueger with "Sweet Dreams" action slash? Jason Voorhees with firing machete cannon? Dang, that's another line I want someone to make! 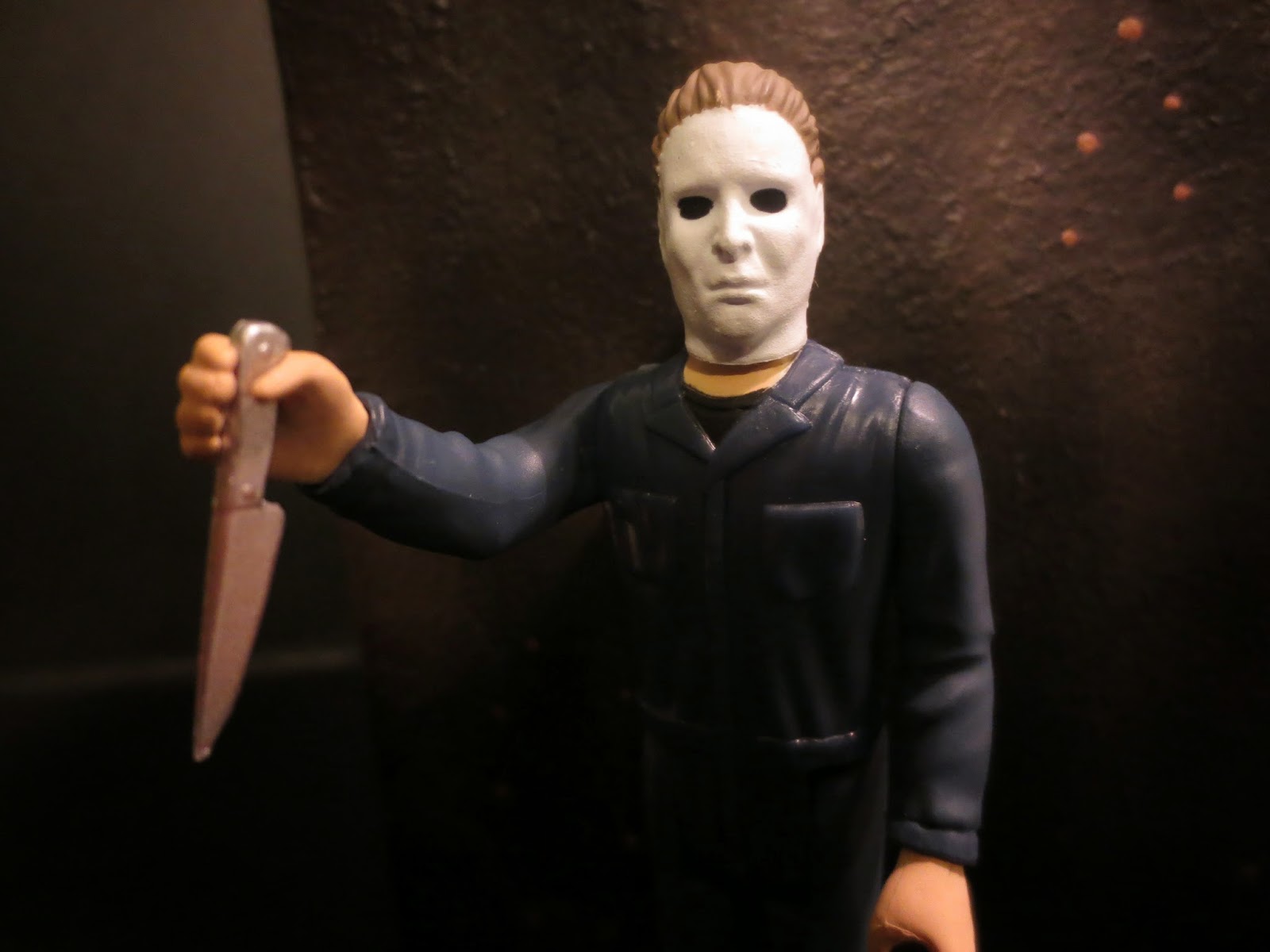 I'm loving these vintage style Funko figures because I can really believe that some company considered making action figures of characters like Michael Myers, Jason Voorhees, and Freddy Krueger back in the day. Halloween was released in 1978, the same year that Kenner released the first Star Wars action figures that the ReAction figures are inspired by. If we'd gotten a Michael Myers that same year, is this what he would have looked like? Probably. While Jason and Freddy have gotten lots of action figures, Michael hasn't been so fortunate. There have been some, but not as many as those guys. Of course, Michael's outfit rarely changes, so that is kind of a drawback. Oh well, at least he got an Atari 2600 game back in the day. I'm giving this figure an Epic because it captures the spirit of the character, the style of the vintage toys it was inspired by, and because it is really a fun, well made toy. That's what matters, right? Pick it up for yourself this Halloween. Everyone deserves one good scare. 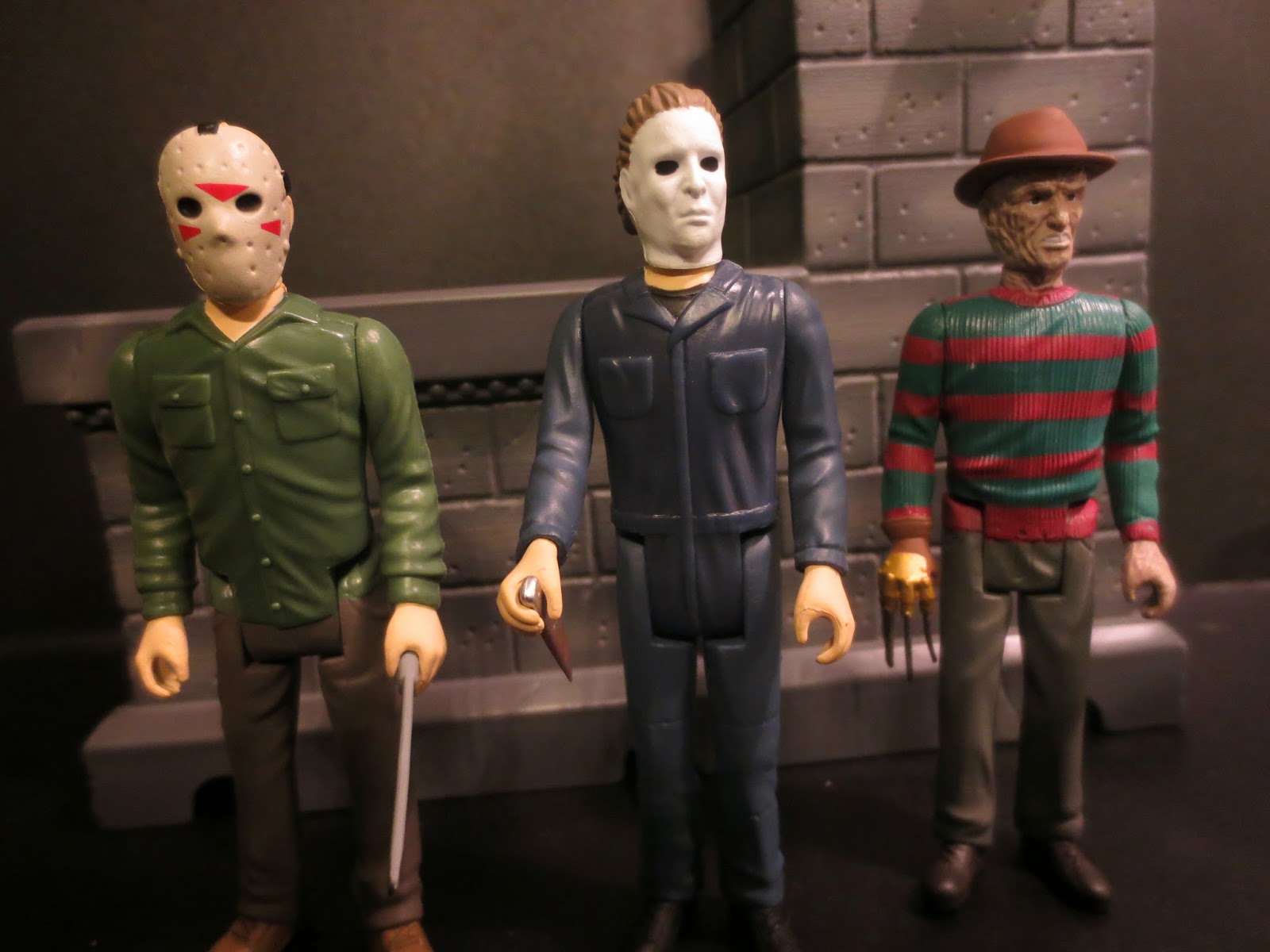