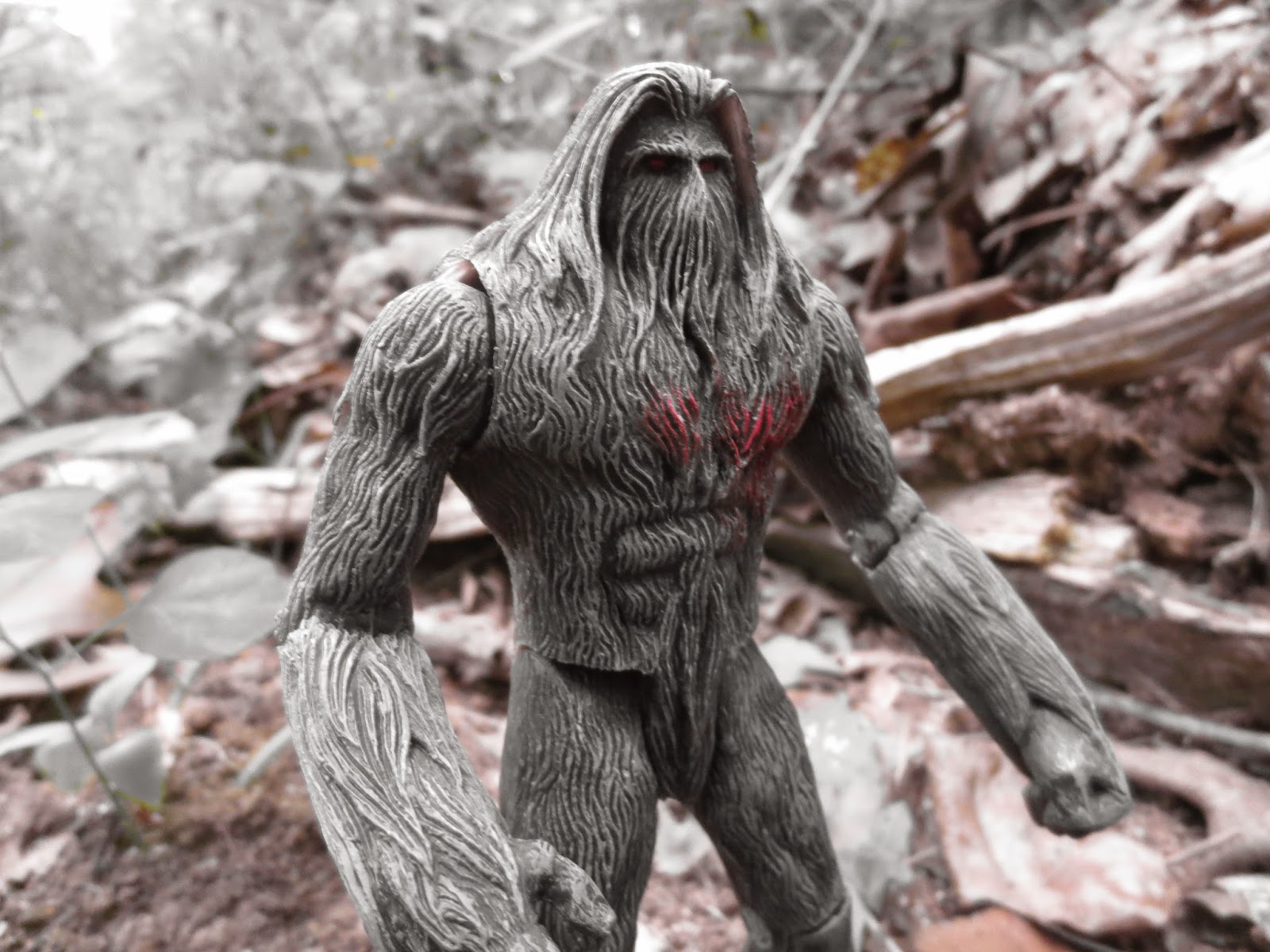 Welcome to Day 3 of 31 Days of Toy Terror! The woods just aren't a very safe place, are they? So far we've had a killer tree monster, a backwoods maniac in a sheep mask, and now we're looking at a cryptid who lives in the forest. If you're faint of hear, you just might want to "leaf" now. Muahahaha!!!

Back in April of 2013 I interviewed R. Todd Broadwater, the founder of Nevermore Toys, about his Kickstarter funded Legendary Monsters line. As a huge fans of cryptids and a devotee of the Mothman of Point Pleasant, WV, I was super excited about this line. The first series is slated to include the aforementioned Mothman, the Chupacabra, the Jersey Devil, and, the subject of today's review, Momo, The Missouri Monster. Spotted a few times back in the early 1970's in Missouri, "Momo" seems to bear a similar to Bigfoot or Sasquatch. Estimated to be around 7 ft tall and emitting a powerful stench, Momo definitely seems to be something you wouldn't want to encounter. Ready for an up close and personal look at Momo? Then join me after the break...


Momo stands around 5 3/4 inches tall. It's tough to judge exactly what scale he should be in, but I'm guessing he'd work best with 1/18th scale figures like G. I. Joe or Star Wars. This guy could be a great random alien just as well as he can be a cryptid. The sculpt is done in a rather realistic and menacing manner rather than a cartoonish or exaggerated style. Some of you might remember that these guys were originally teased way back in 2000 (I think I remember them from Toyfare magazine), but they never saw the light of day until now. Well, at least Momo has; the other three figures are still being finished. There have been some hiccups and potholes along the way, but the latest update seems to indicate that some good things are happening. 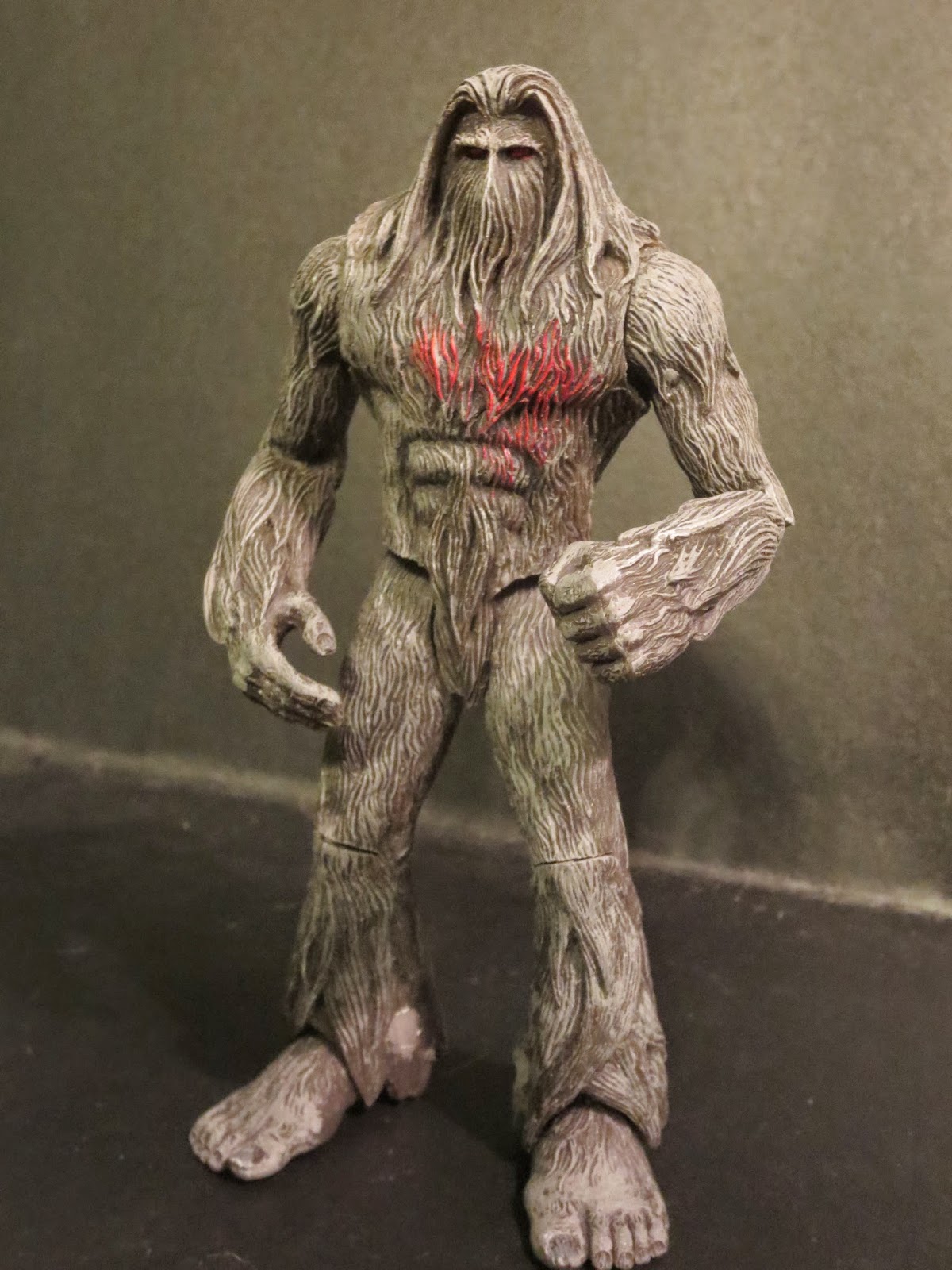 While these figures were designed over 14 years ago, the articulation is actually fairly decent. Sure, it's a bit limited, but my guess is most collectors will be using these for display, gaming, or photography. Momo features: Hinged ankles, hinged knees, swivel hips, swivel/ hinge shoulders, and hinged elbows. The nice thing about the articulation is that it does very little to break up the sculpt. The downside is that it feels a bit loose. Actually, the leg snapped off of my first Momo right out of the package. This could have been just a fluke, though, as my replacement figure is fine. The articulation still feels a bit loose, but the figure still displays well. 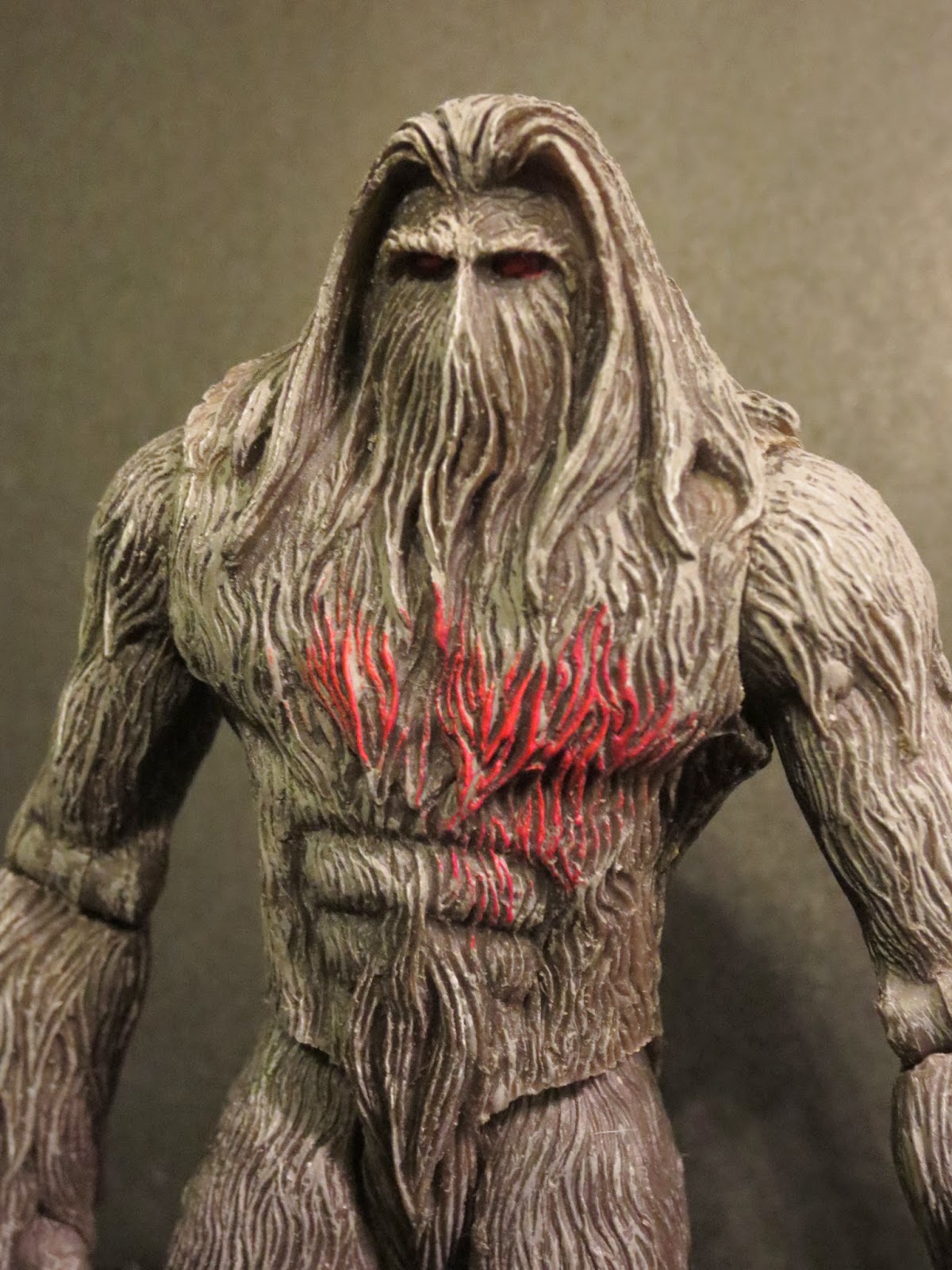 If there is anything to say about this figure, it is that the sculpt is exceptional. While I know that likenesses and details on modern figures are truly exceptional, there is just something about the collector oriented toys that were sculpted in the late 90s and early 2000s that just seem to show so much care, quality, and attention to detail. Momo is covered with thick fur that seems to be extra shaggy around the ankles, forearms, and on top of his head. In fact, Momo's face is almost completely obscured by it. While the hands and feet have a little bit of fur on them, the fleshy bits have some great detail that shows off Momo's skin texture. Little wrinkles on the digits and cracks in the unkempt finger and toenails definitely should give you the creeps. I'm not sure how the figure was crafted but the figure has a very rough, textured feel to it. I like it for the most part. I also like that Momo has an open hand for dragging various animal carcasses and a closed fist for punching stuff. It's always nice to have options. 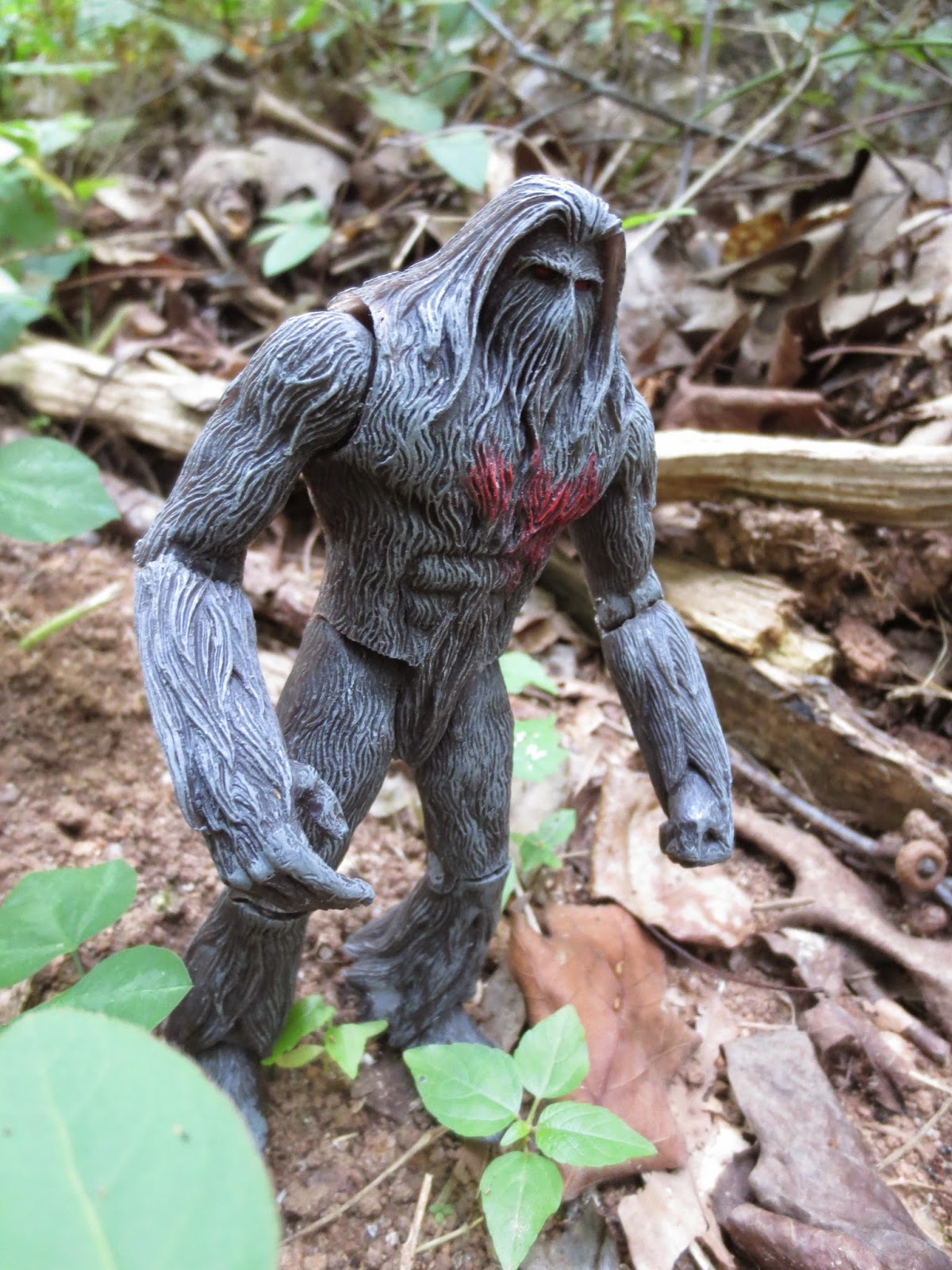 The paintwork is really good. It was actually done by hand by Mr. Broadwater, I believe, and really helps the figure to have a realistic appearance. It's detailed, but in the old school McFarlane-esque kind of way where lots of paint and washes were used. The figure is molded in dark brown and has a gray wash over it to add lots of texture to the mangy fur. There is also a large blood spatter on the chest and two eerie red eyes peeking out from behind Momo's hair. This guy really looks rather eerie and the care shown in painting him shows. 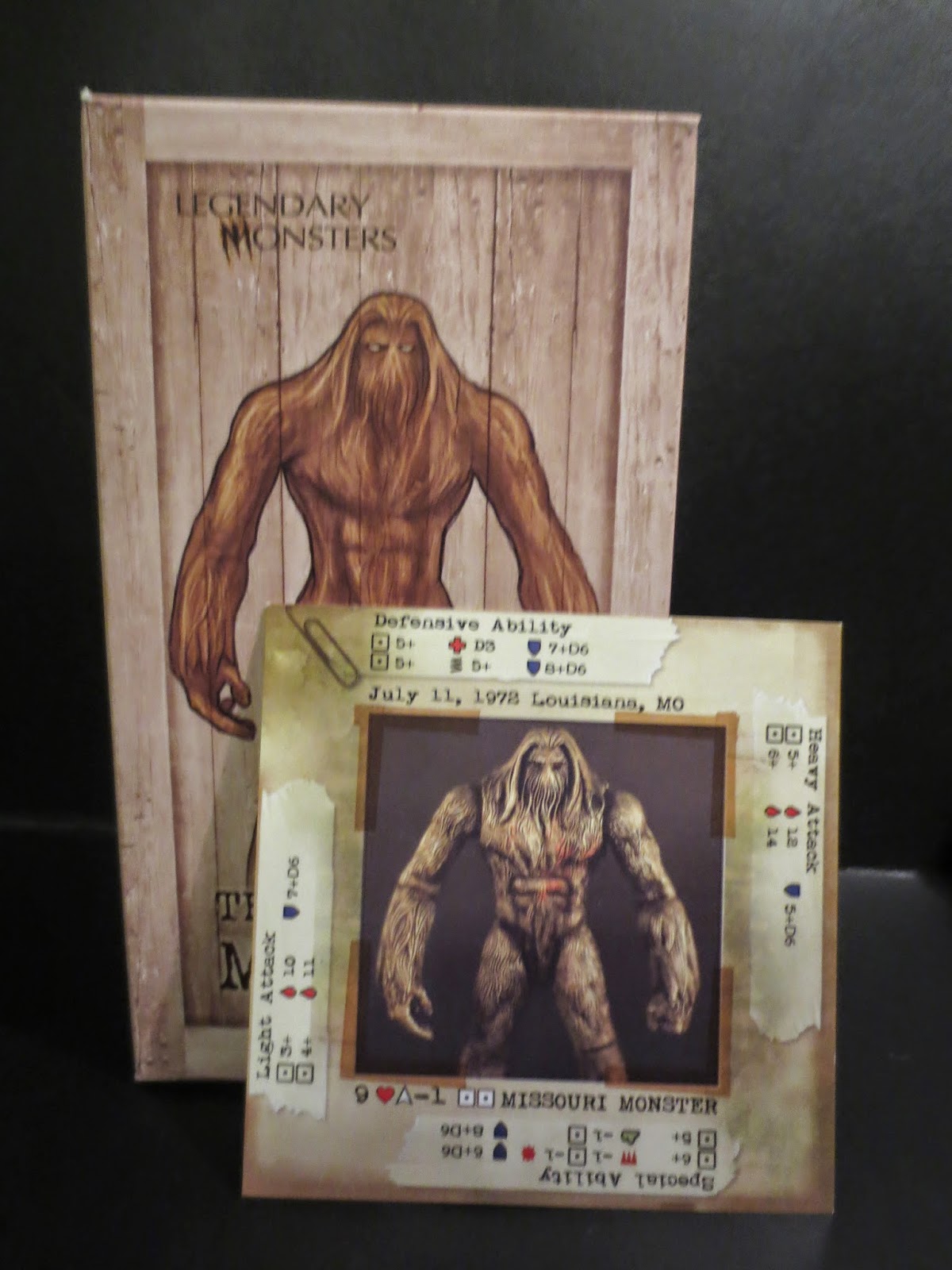 Momo doesn't come with any actual accessories, although the figure does come with a card that is part of a battle game. I haven't spent much time looking at it but the idea is that you can use the cards to help fight battles between other monsters in the Legendary Monsters line once they are released. Apparently including the gaming components really helped to increase the line's appeal on Kickstarter and contributed to getting this figure made. I guess you might count the box the figure arrives in as an accessory, too. It looks like a wooden crate with Momo's info and picture on it and it very collector friendly. 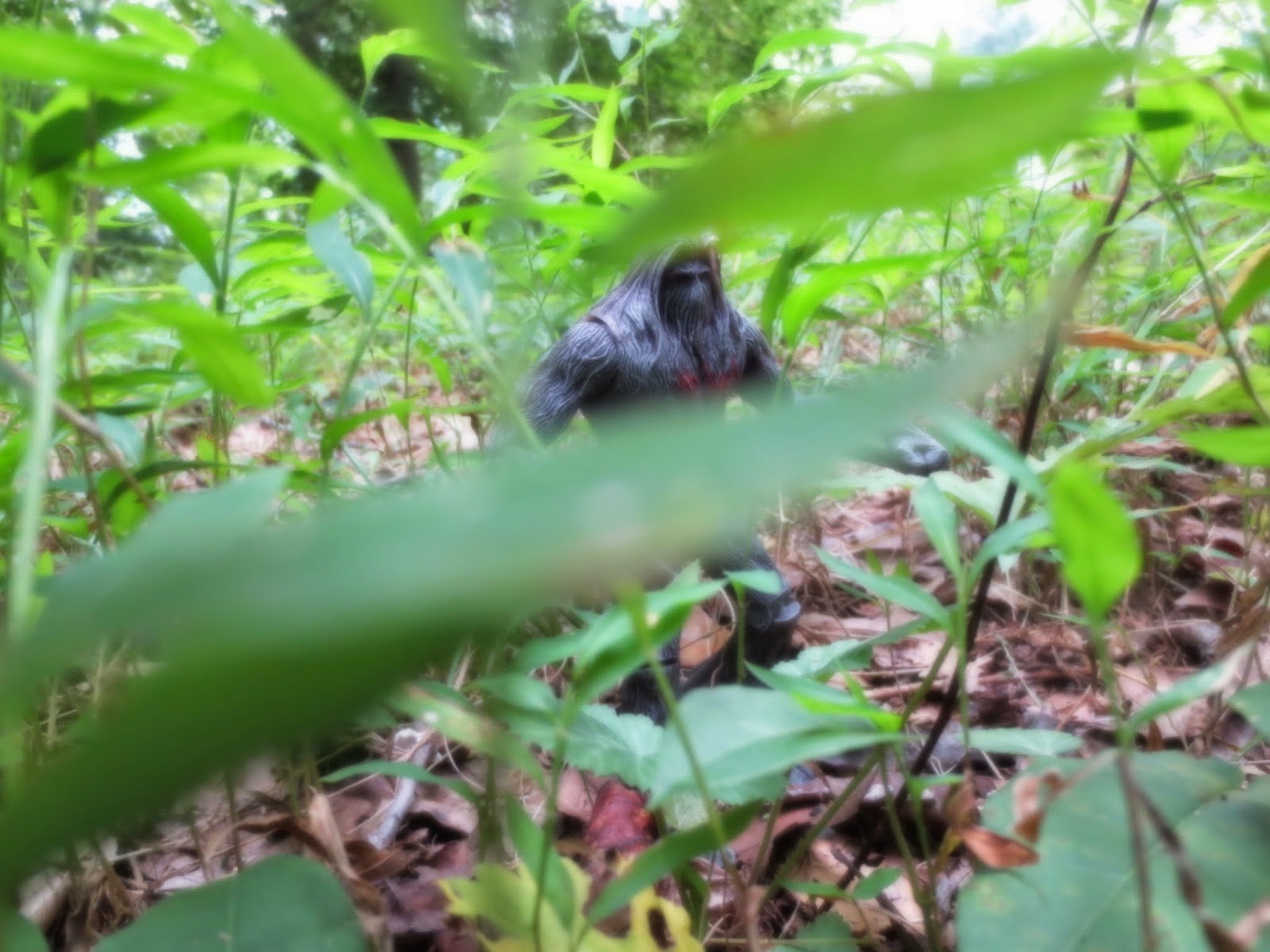 It is great to see dreams (or nightmares) come true, and Momo seems like a dream come true for Nevermore Toys. They've been working for years to get these figures out to collectors and they've finally succeeded. Sure, there have been some snafus, but it seems like they're back on track. While Momo might be a bit delicate (I recommend posing and displaying Momo versus playing with Momo), it also looks just awesome. I can't really comment on the game since I only have the one figure so far but the packaging, concept art, and enthusiasm for this line are really something to behold. I'm hoping my first figure that broke was just a fluke (as my replacement works perfectly), but I'm still taking this into account for the final score. Ultimately, I'm giving Momo the Missouri Monster a Good and a 1/2. I'm hoping that future releases preserve the awesome sculpt and paintwork while improving the sturdiness of the toys. Now, I just have to wait for Mothman to come out... 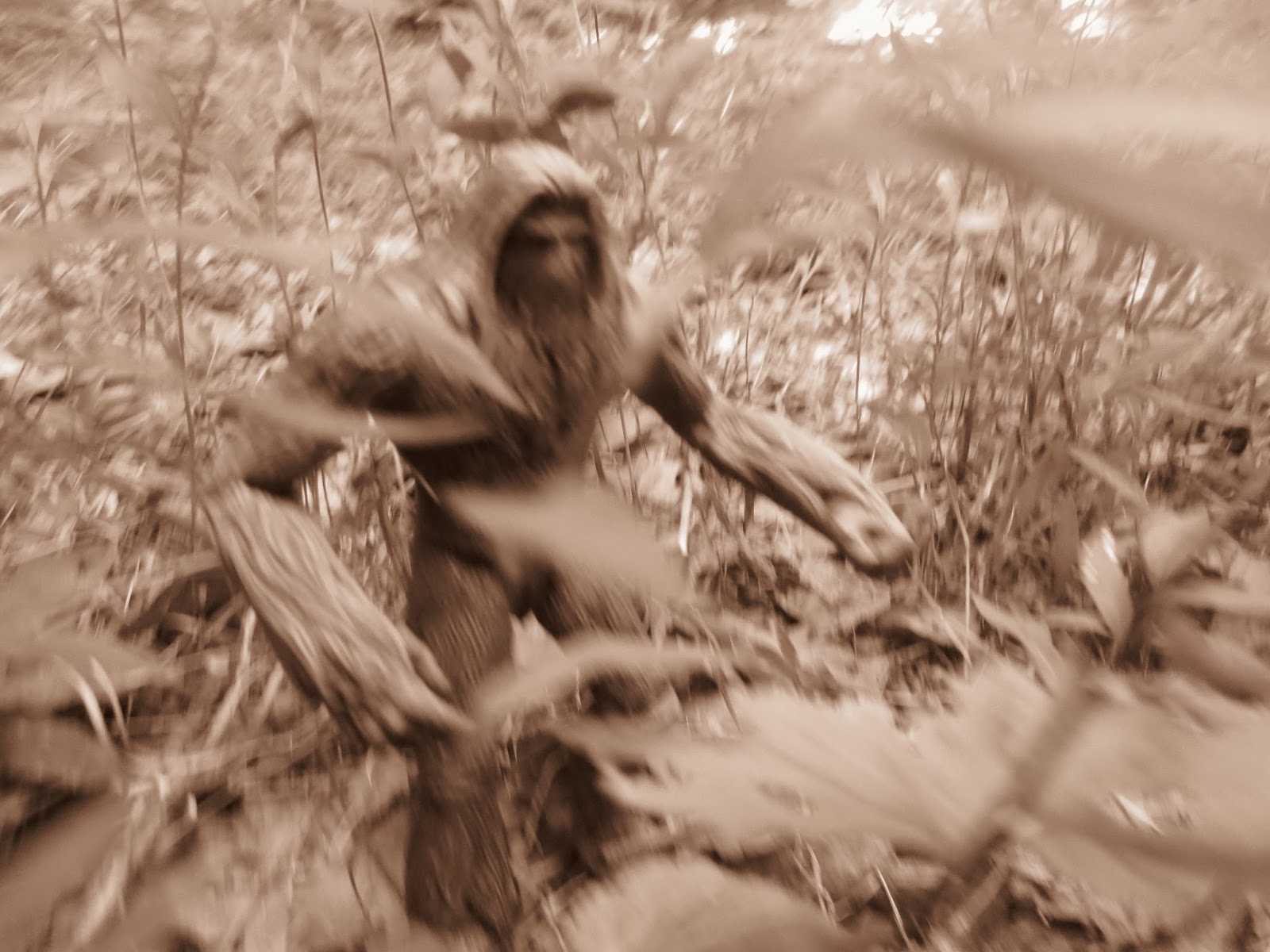