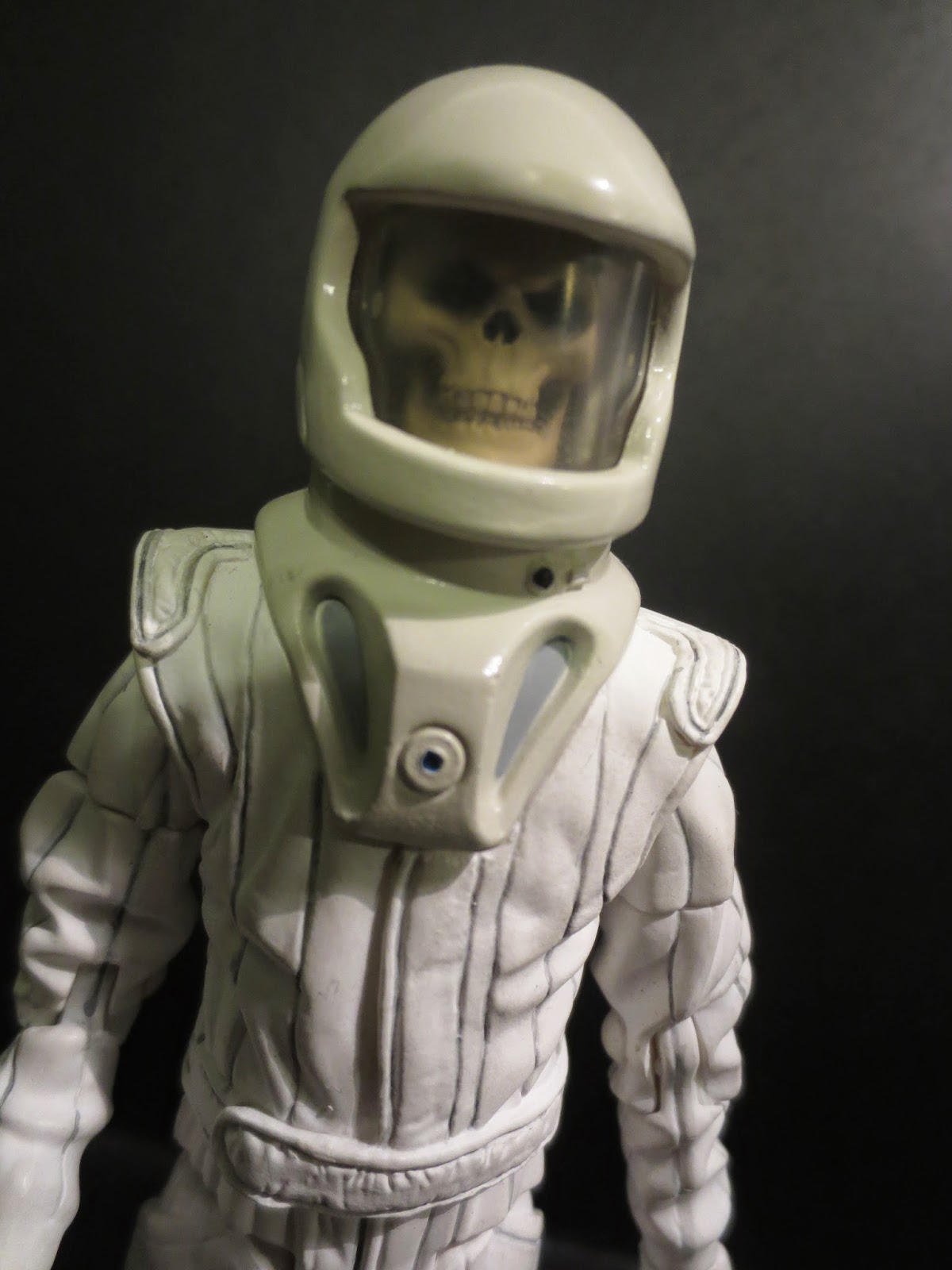 Written by Steven Moffat, "Silence in the Library" stands out as one of the best episodes from David Tennant's run as the Doctor (which is high praise, as Tennant had a lot of really good episodes). A series 4 two part episode, "Silence in the Library" introduced the flesh eating Vashta Nerada:  Tiny creatures that disguise themselves as shadows and can consume a creature in seconds, leaving only the bones. The Doctor Who action figure I'm reviewing today isn't the Vashta Nerada itself, but rather the remains of an archaeologist in a space suit that has been taken over by the creatures. Whether you're a Whovian or not, I'm sure that you can appreciate the coolness of a skeleton in a spacesuit. Character Options often made (and still does make) some weird choices in regards to what characters and creatures got turned into toys, but this one was really a no-brainer. Ready for a look at the Vashta Nerada Suit Creature? Then keep reading and counting the shadows after the break... 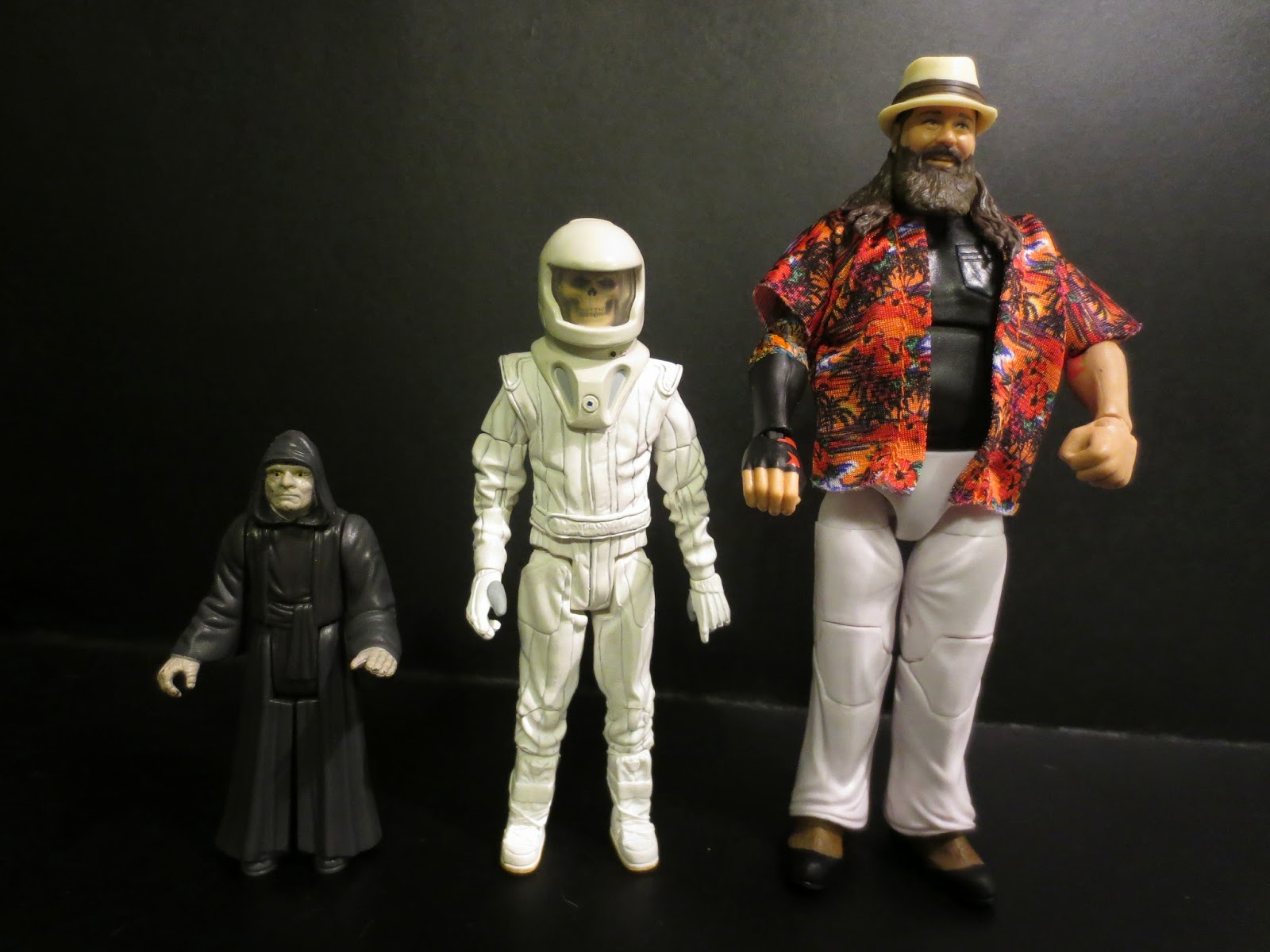 Before they started getting crazy and releasing those terrible 1/18th scale Doctor Who figures, Character Options was releasing all of the Doctor Who toys in a 5 1/2 inch scale. Yeah, there isn't a whole lot else in the scale, but it worked for the toys and they'd been making them that size since the mid 2000s. The Vastha Nerada stands just a little over 5 1/2 inches tall due to the spacesuit's helmet. This is actually the second release of the figure with only minor paint apps differentiating it from the first version. This version was included as part of the 2009 Vespiform Collect & Build wave and came with the clear plastic base that held up the Vespiform creature. 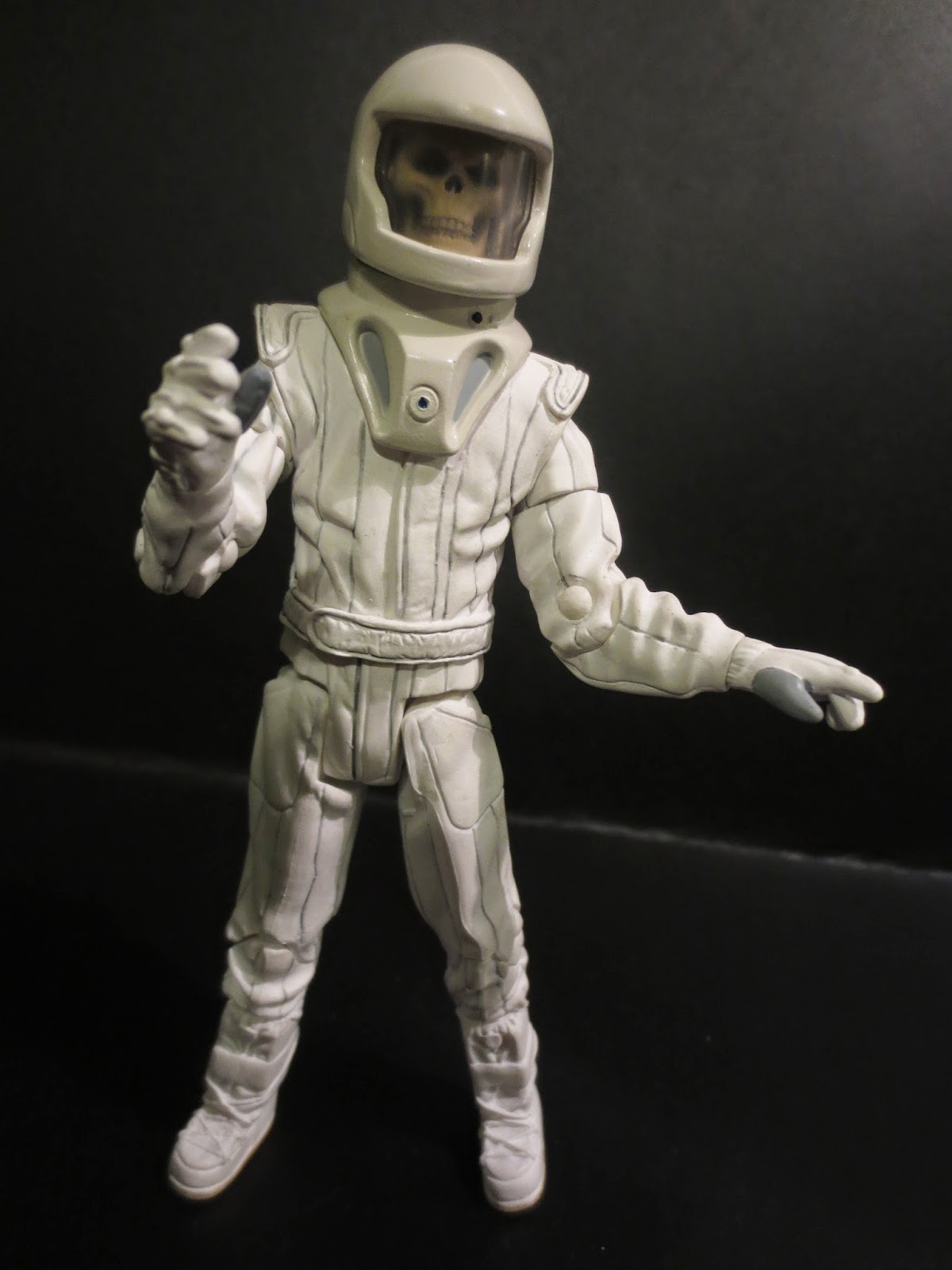 For the most part the Doctor Who action figures had really good articulation, although I always wish that the arms had the same level of articulation as the legs. The Vashta Nerada features: Boot swivels, hinged knees, H-hinged hips, a swivel waist, swivel shoulders, swivel biceps, hinged elbows, and swivel wrists. The bulkiness of the space suit helmet prevents any head movement, but everything else is pretty nice and feels very solid and well made. Well, except for the fact that the shoulders are just swivel joints. I'm not sure the logic of making the hips H-hinges but not giving the same level of motion to the arms. Other than that, this fellow (it could could be a male or female dead astronaut and we know it is filled with swarms of individual Vastha Nerada) excels at standing around looking creepy. 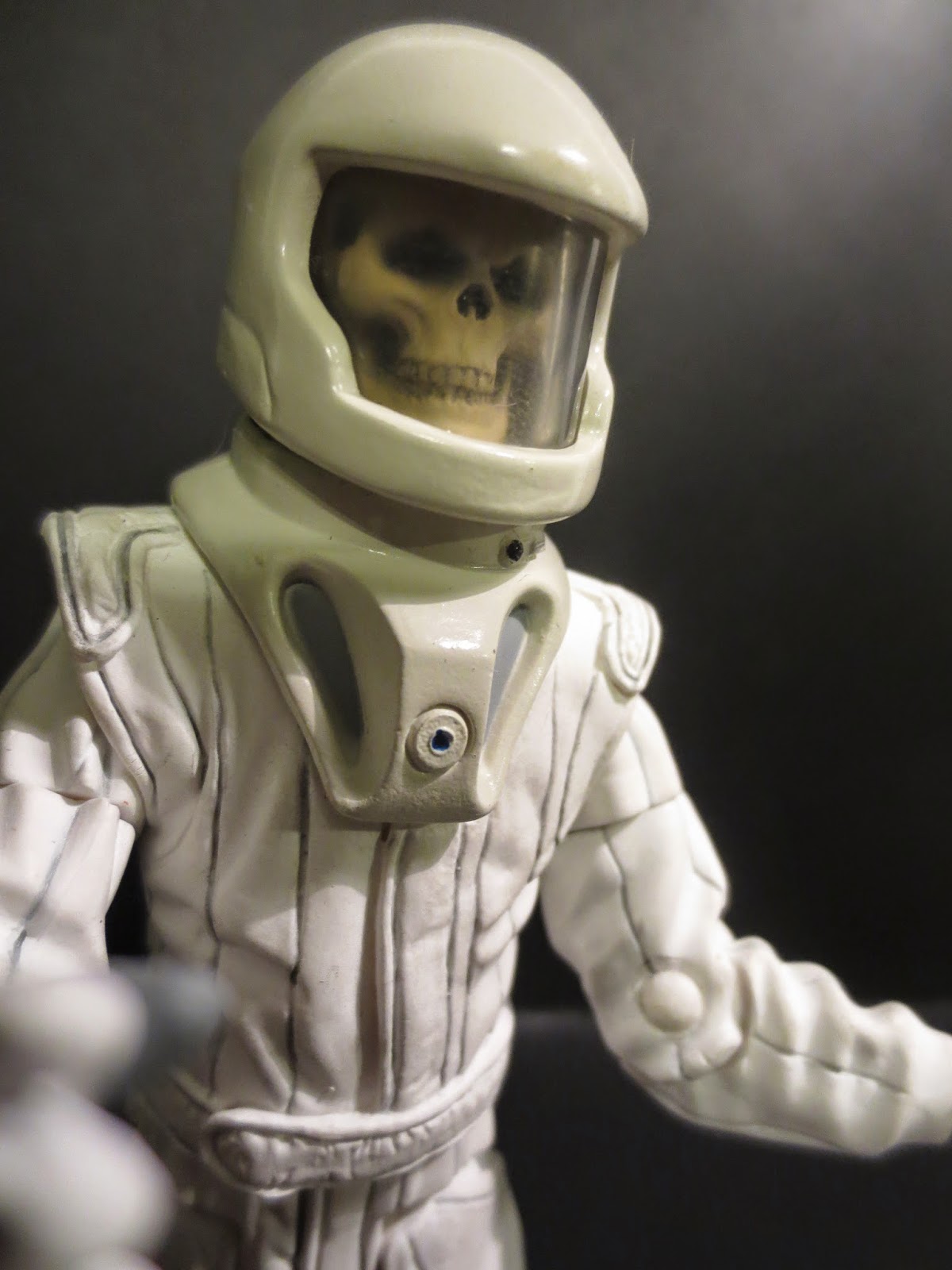 The sculpt is exceptional. Character Options always did some nice work in the 5 1/2 inch scale and the suit creature here is no exception. The suit looks like a perfect match to the television show and is covered with a variety of textures. It looks big and puffy like an actual person in a suit, even though there are only bones in there now. The hands are in some creepy pointing gestures and the skull encased within the helmet is nice and grim. It looks rather menacing. I wish the helmet was removable simply so I could pay more attention to the sculpt of the skull. The effect is excellent! 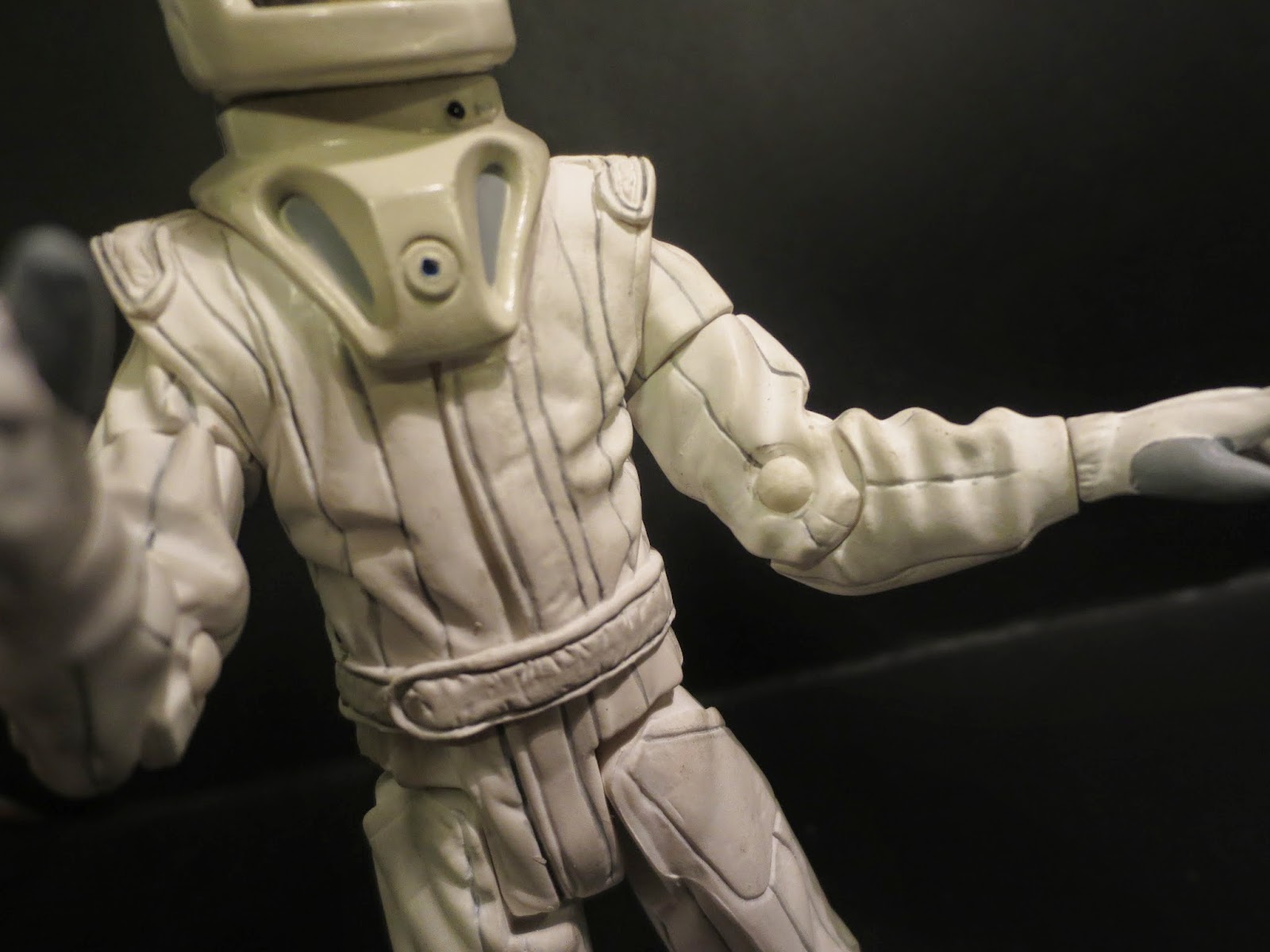 The paint isn't bad, either. The suit is molded in white and is covered in light gray stripes. There are some darker details on the thumbs of the gloves (one of the most noticeable differences between this version and the first release) as well as a light, grimy wash on the spacesuit to give it a worn appearance. Even the soles of the boots look like they're a bit dirty. The skull looks rather perfect inside the helmet with a nice mixture of colors to create a rather striking grim visage. The teeth, eye sockets, and nose look amazing. 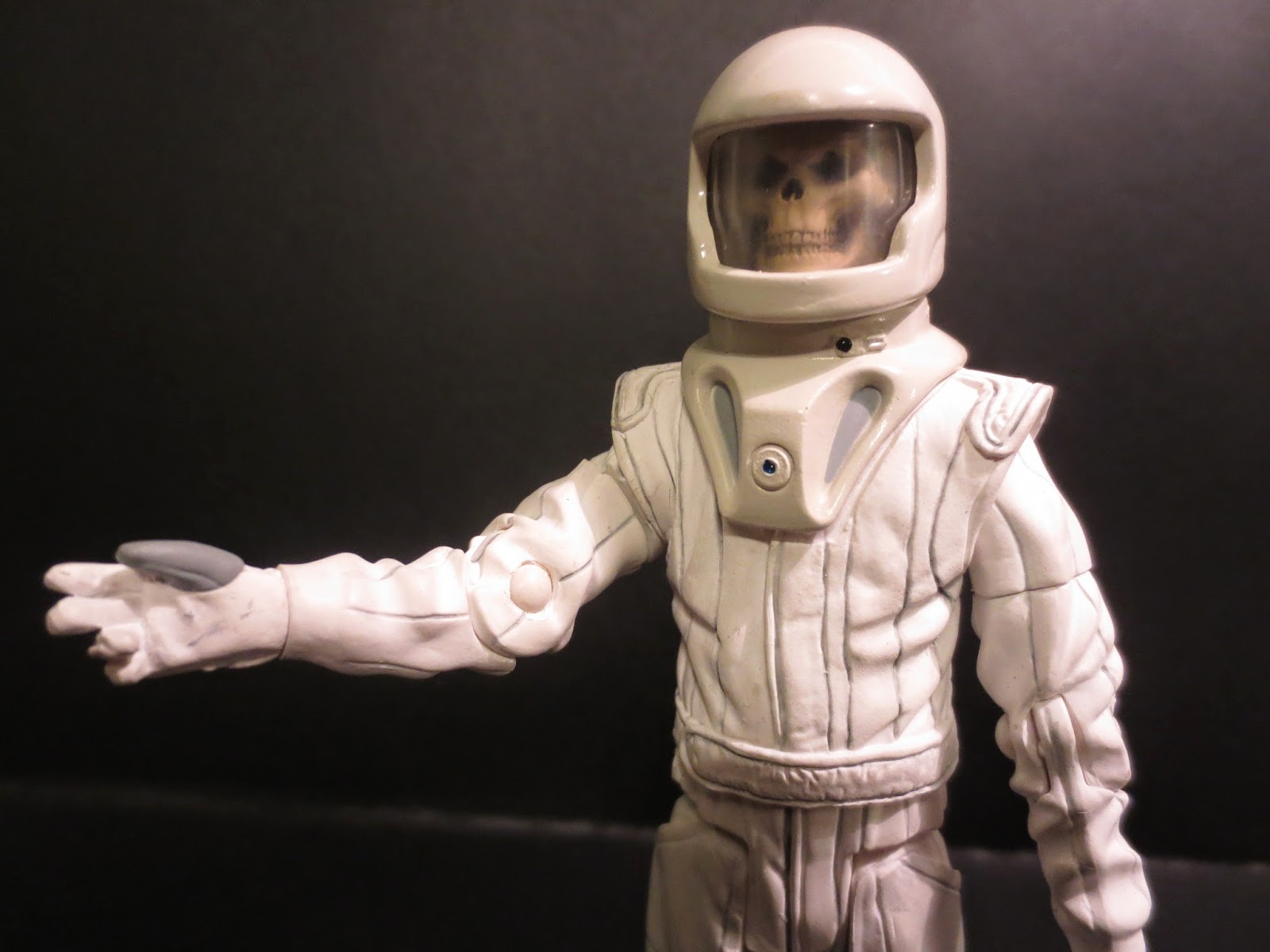 The Vashta Nerada Suit Creature only comes with a piece for the Create and Build Vespiform creature. It's just the clear plastic which is important if you're building this figure, but nothing really exciting to talk about. Honestly, these guys were a real pain to find so I never even came close to building the Vespiform. Also, quite a few of the figures were simply repacks, so you had to buy figures you already owned to get new parts. I like the work that Character Options did on the Doctor Who line up until the scale change, but my word did they make some terrible decisions regarding repaints, repacks, and character selection. 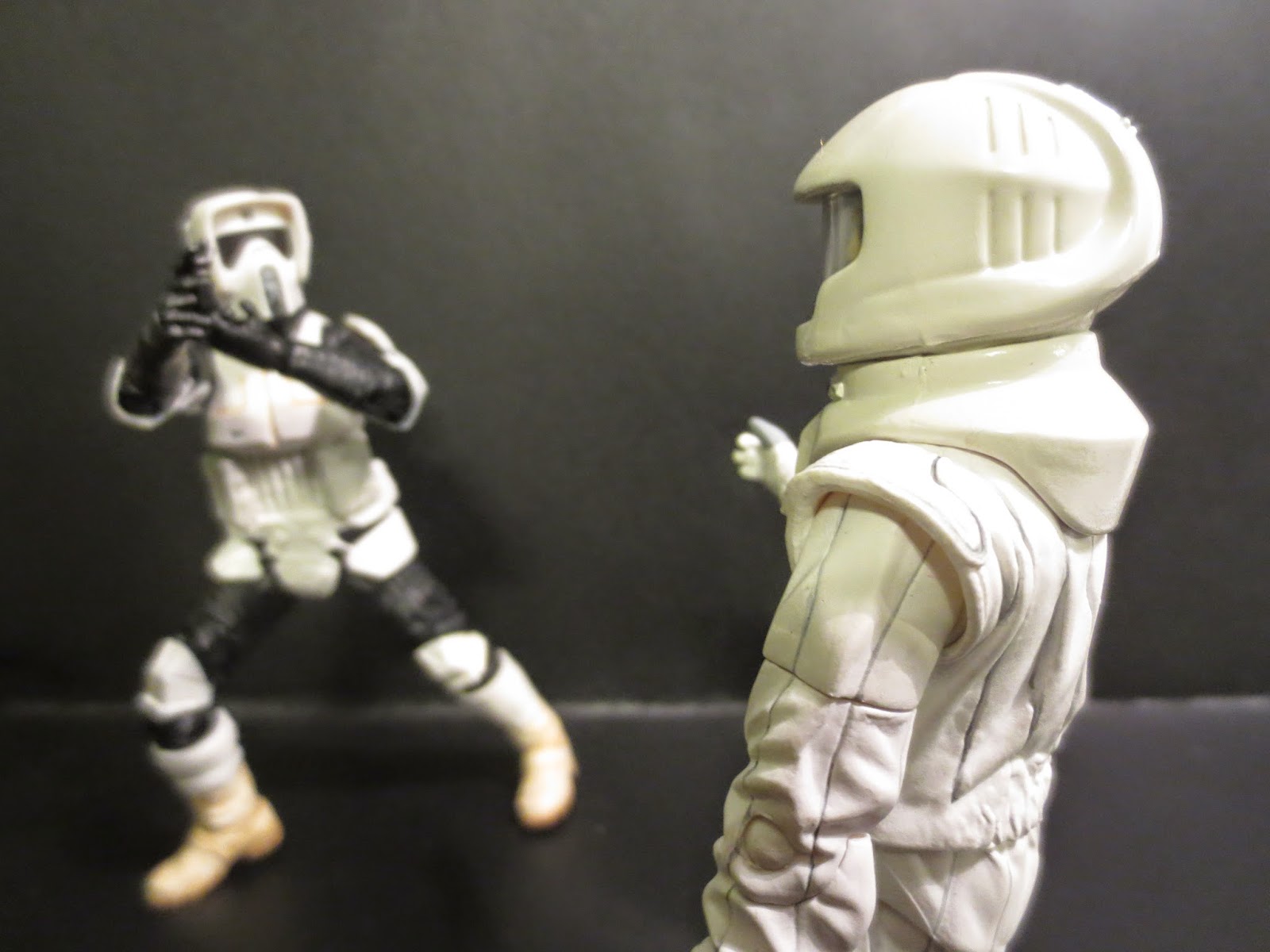 The Vashta Nerada have proven to be quite memorable Doctor Who creatures and it is really cool to have some representation of them on my Doctor Who toy shelf. They're not quite as cool as the Weeping Angels, but they're close. This is a great looking toy that should be appealing to anyone who just finds skeletons in spacesuits cool, even if they can't tell a TARDIS from a Sonic Screwdriver. Character Options did some great work on these figures (Underground Toys handles this Doctor Who scale now) and despite some bizarre decisions, they made some good toys. The Vashta Nerada Suit Creature is a great toy and deserves the Great rating I'm bestowing on it. Just bewae if it tells you that someone turned out the lights.