Check it out: Just how did Howard the Duck get Collected? 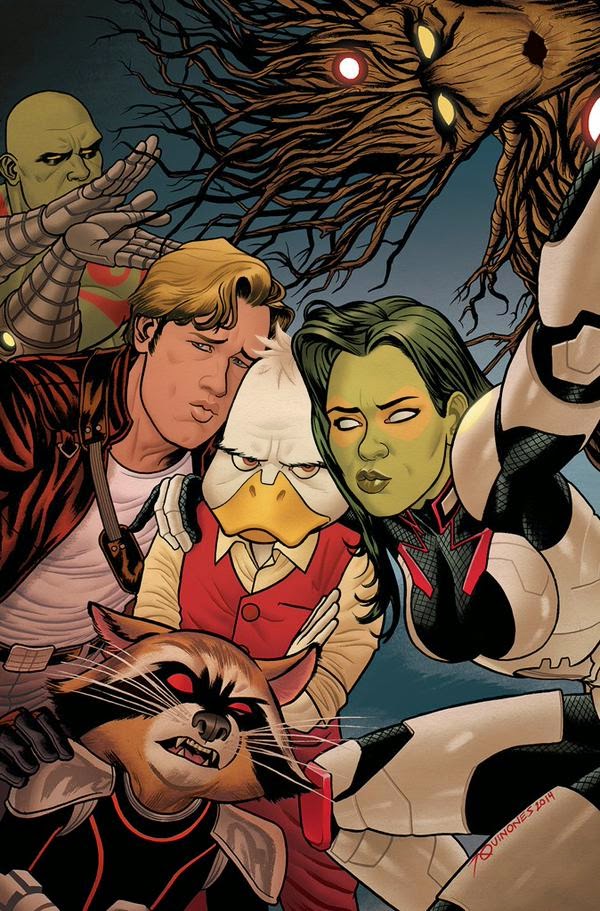 Ever wonder how Howard the Duck ended up collected at the end of a certain Marvel Studios film last Summer.  Well this April in Chip Zdarsky's and Joe Quinone's Howard the Duck #2 you can find out.  While I love the idea of the Guardian's making Howard the Duck relevant, I am a person who likes his comics separate from his films.  Hopefully this will be revealed in an extra, and not the focus of the entire issue.  Because if we are beginning to dabble in an era where Marvel Comics becomes intertwined with main stream Marvel 616 comics, look out! Can you imagine how convoluted that could be? Let the comics breathe Marvel and be the intimate portrait of these characters they were before the Superhero bubble, and what they hopefully will be when that bubble bursts, they do not need to be symbiotic.

Thanks to the Hollywood Reporter for the scoop!

How do you guys feel about comics crossing over with films? Is this a good move? Let us know in the comments?