Check it out: Mondo Foxcather Poster 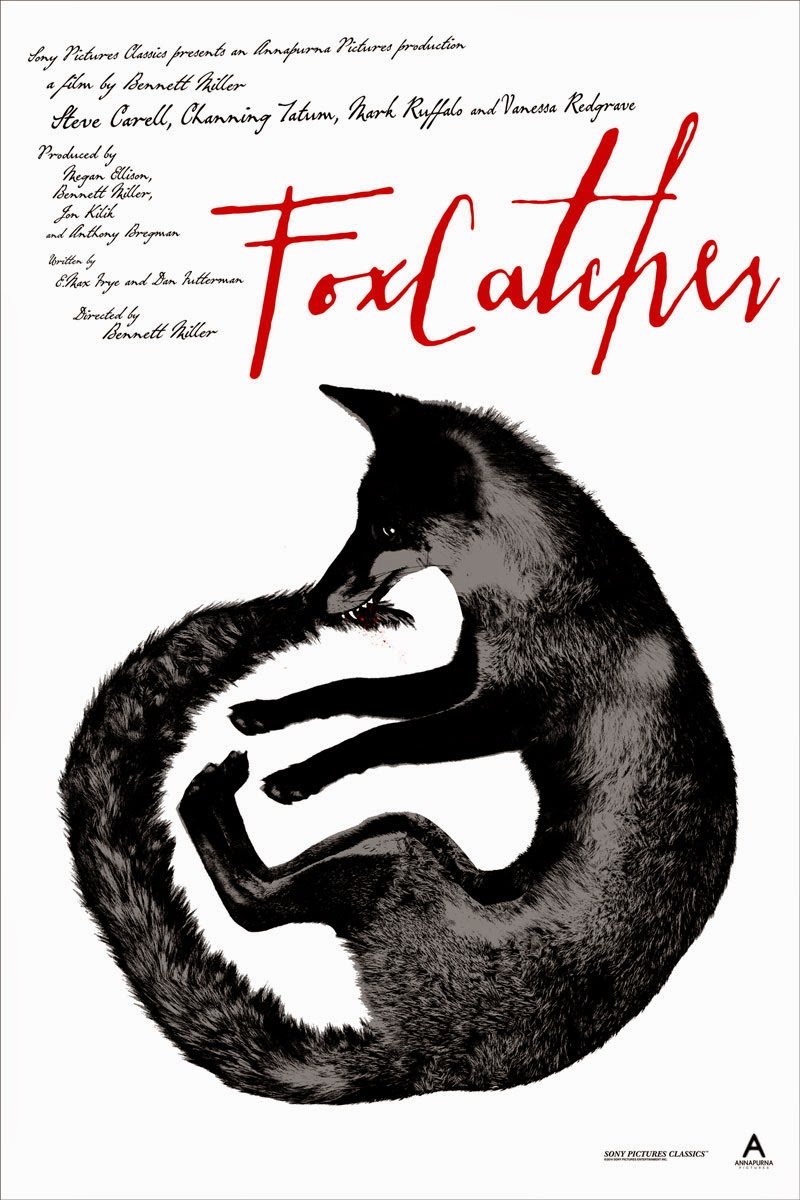 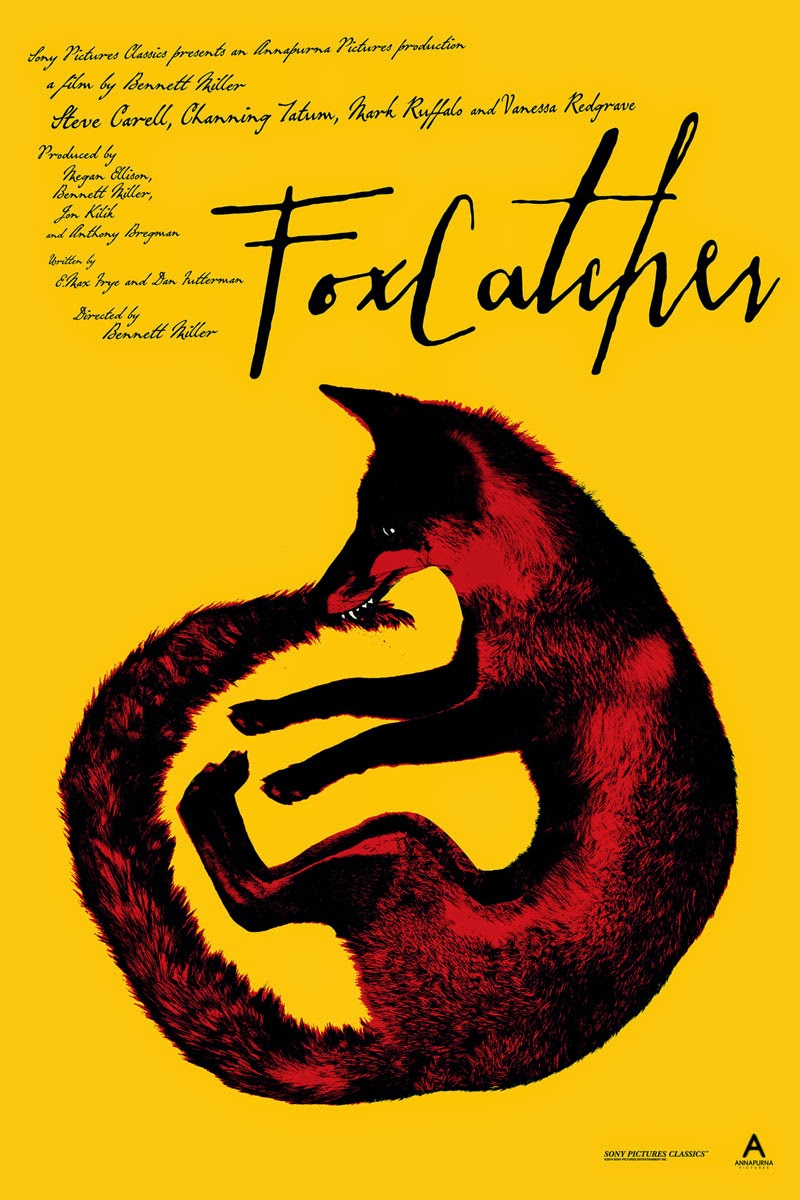 Mondo has announced plans for a new poster for artist Jay Shaw to celebrate the critically acclaimed best picture contender Fox Catcher directed by Bennett Miller.  While most people only know Fox Catcher only as the film were Steve Carell plays a non-comedic character, look for it to continue to make some serious noise on the awards circuit.  Fox Catcher revolves around an obsessive Father (Carell's attempt) to train his sons (Channing Tatum and Mark Ruffalo) for Olympic Wrestling when a unexpected crime ensues.  You have to love how Mondo focuses on none of that as Shaw simply focuses on a Fox literally catching himself.  The posters go on sale at a random time today at the Mondo Store!

Has anyone seen Fox Catcher or have any interest in it after it won 3 Golden Globes? My Wife and I plan to catch it this weekend so I will let you know my thoughts sometimes next week let us know yours in the comments!