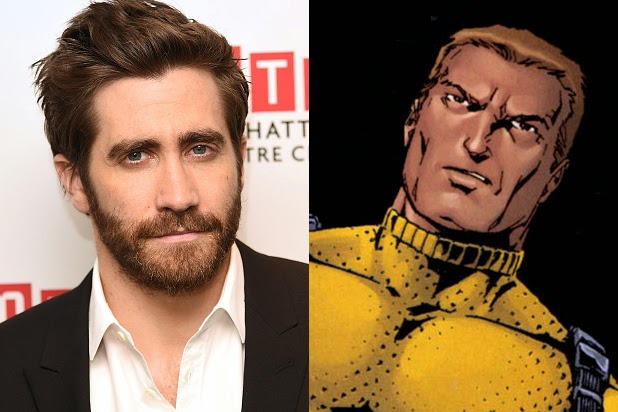 Tom Hardy has now dropped out of WB's Suicide Squad.  Hardy who was set to play original Squad member Rick Flag is rumored to be replaced by Jake Gyllenhall who would join the already all-star cast of Jared Leto (Joker), Will Smith (Dead Shot), Viola Davis (Amanda Waller) among others.  The bigger question is here is what do these casting news and rumors say about the direction of DC Superhero films moving forward? Because A. This script is so good the best actors in Hollywood cannot turn it down or B. WB just wants to throw stars in our face to make us care about a lesser known DC franchise.  I would guess B!  Just because we know the actors faces doesn't mean we will love the movie, just see your own TV show's WB,  no one knew who Stephen Amell or Grant Gustin  were but we love the Arrow and Flash.   However in a World were Superhero love is the norm and not the exception, hopefully WB will focus just as much on the essence of these characters as they do who are playing them.

What do you think of how WB is approaching Superhero casting so far? Are you excited for Suicide Sqaud? Let us know in the comments!

UPDATE JAKE GYLENHALL HAS PASSED ON THE ROLE OF RICK FLAG DUE TO PRIOR BROADWAY OBLIGATIONS!