Check it out: Colossus will be in Deadpool 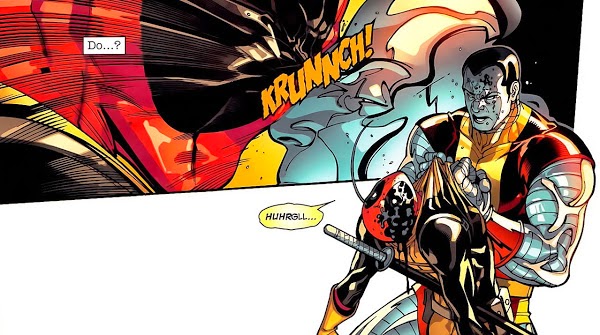 It appears that Colossus will appear alongside the Merc with a Mouth in next year's Deadpool film set to open Valentine's Day Weekend 2016.  Rumor is that Daniel Cudmore who has served as the cinematic Colossus for FOX will remain in the role.  In other Deadpool news MMA star Gina Carano and comedian TJ Miller have joined the cast.  Anyone who has seen the comedic relief Miller provided in Transformers 4 can begin banging their head against the wall now!  Personally I like the move to bring in Cudmore's Colossus, Peter Rasputin is a major player in the X-men universe with a big fan following who hasn't got his due on screen time.

Are you excited about Colossus joining Deadpool on screen? Let us know in the comments!

UPDATE: Fox has announced Colossus will be re-cast for the film!