Check it out: Gremlins 2 Mondo Poster 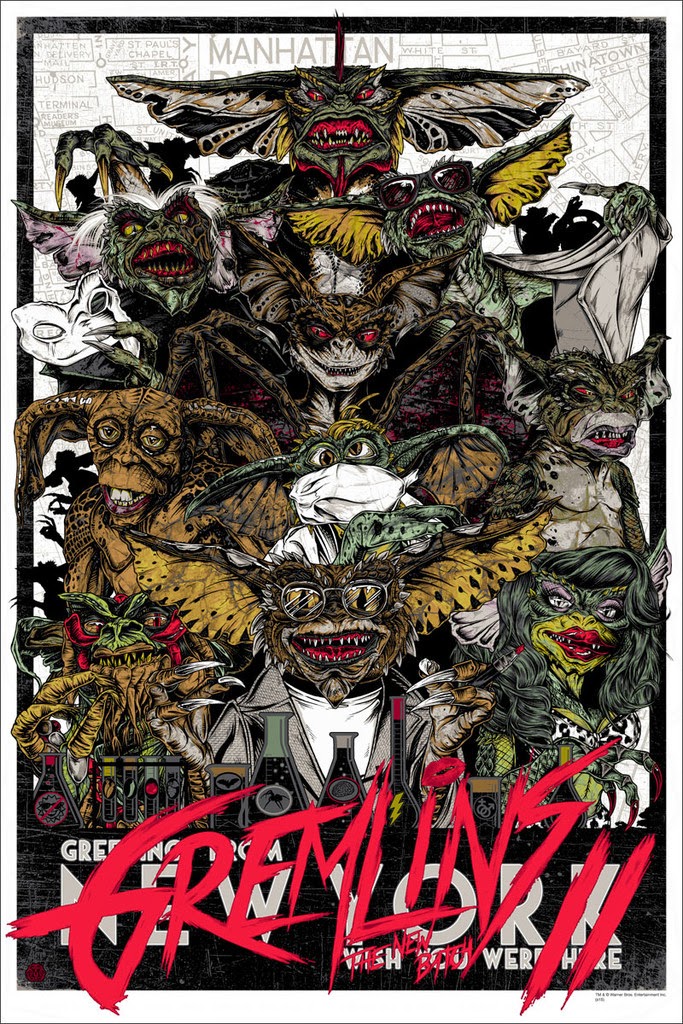 Mondo is finally allowing Rhys Cooper to do a follow up to his epic 2009 Gremlin's print.  One thing is noticeable immediate these posters are up to old school eye popping Mondo standards.  The variant will add metallic and glow in the dark paint.  While recent Mondo posters have not skyrocketed on the secondary market expect this one to, while Gremlins 2 : The New Batch isn't the all time classic the original is, but Gremlins has a pretty ravenous fan base so expect this one to sell out in minutes.  These will go on sale at the Mondo Site later today at a random time.  My only complaint here is the lack of Gizmo, while I realize this poster focuses on the more notorious version of the characters; I wish Cooper could have fit the little furry guy in somewhere! 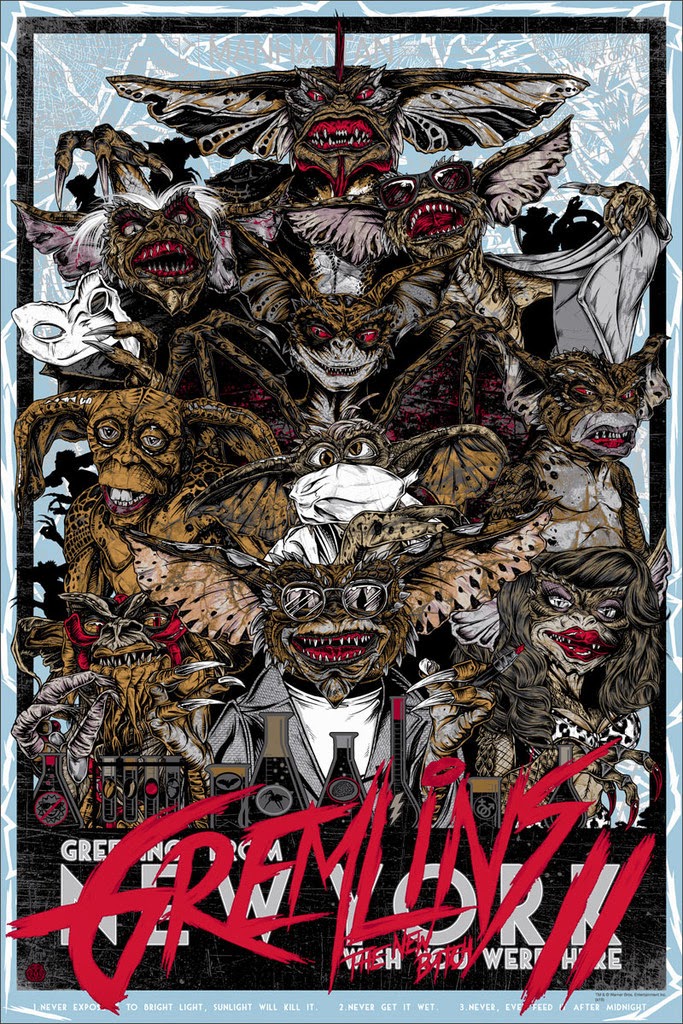 Thanks to the Mondo Blog for the Scoop!

What do you guys think of Gremlins2: The New Batch? Is it as good as the original?