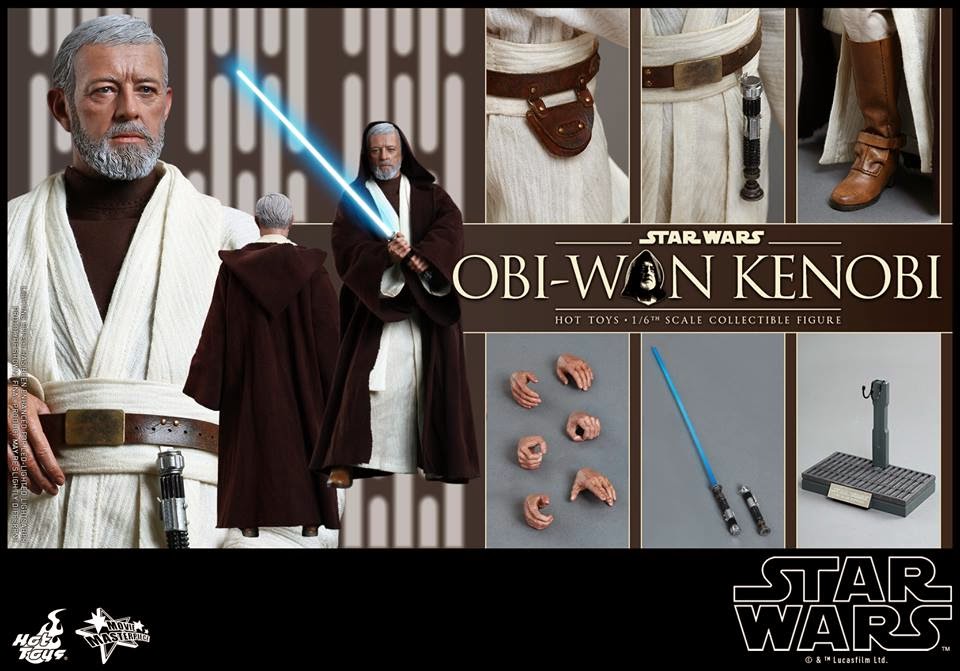 Hot Toys has revealed their latest Star Wars 1/6 scale figure based on Alec Guinness's portrayal of the character from A New Hope.  This figure will compliment the New Hope Vader that was recently revealed.  If the Vader price point is any indication expect this figure be around $300 and most likely to begin shipping in early 2016.  Bigbadtoystore.com should have this up for pre-order later this week.  No doubt this is one of the best sculpts that Hot Toy's has ever done, and the attention to detail on Obi Wan's accessories is pretty impressive.  The only problem is the quality of these products has become so high, so have the prices.

Thanks to the Hot Toy's Facebook page for the scoop!

What do you all think of this sculpt? Insane right? Let us know in the comments!