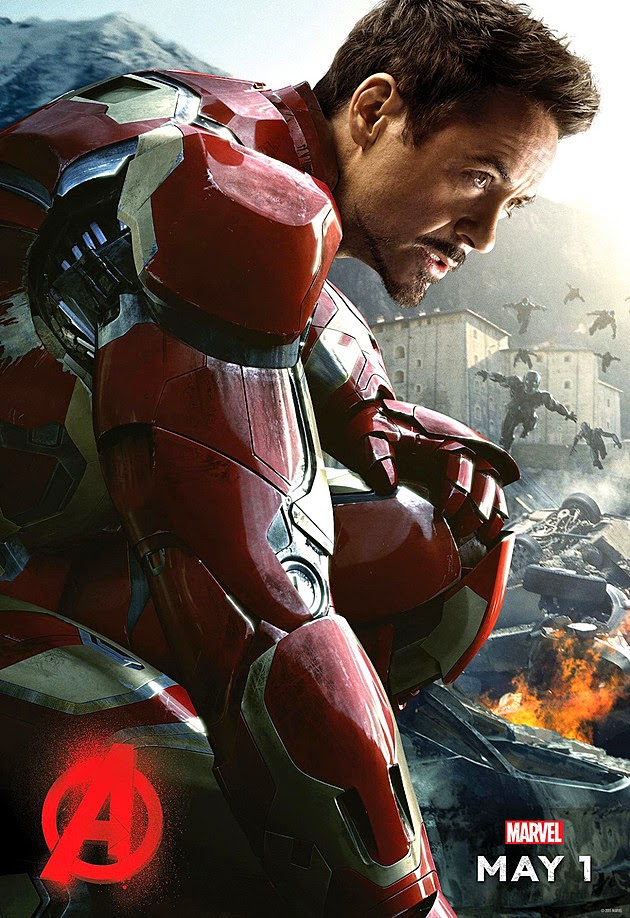 Earlier today Robert Downey Jr. took to his Facebook page to reveal his Avengers Age of Ultron poster, and tease a big Marvl Studios announcement.  The Billionaire, Playboy, and Philanthropist had the following to say:

"Got a little somethin for ya, folks. Just cuz you’re awesome, check out this new Iron Man poster for Avengers #AgeOfUltron.
And don’t tell 'em I told you, but there’s a big announcement coming in 8 days… Shhhhhhh… #getexcited"

If we had to guess Downey is most likely teasing the reveal of who will be the next Spiderman for Sony and Disney.  Spiderman is expected to appear alongside Cap and Iron Man in Captain America: Civil War out May 6th 2016.

Thanks to Robert Downey Jr.'s Facebook for the poster and the announcement tease!

Let us know what you think of the poster, and the announcement in the comments?