Check it out: Joel Kinnaman is the new Rick Flag in Suicide Squad 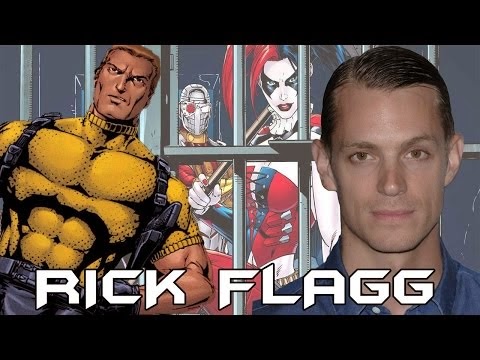 The man that replaced Peter Weller as Robocop will now replace Tom Hardy as Rick Flag in WB's Suicide Squad film which is expected August 5th 2016.  For anyone who has seen the 2014 Robocop reboot you know that Joel Kinnerman leaves a lot to be desired, he along with Jai Courtney who is playing Boomerang are just modern action film JAG's.  Then again when I asked the majority of my comic loving pals who Rick Flag is, the majority of them scratch their head's, and say who? So maybe this is the perfect role for Kinnerman.  All of a sudden the Suicide Squad film just got a lot less interesting!

For those of you who saw the Robocop reboot what is you opinion on Kinnerman? Also if you have ever actually read a comic with Rick Flag in it please let us know in the comments!