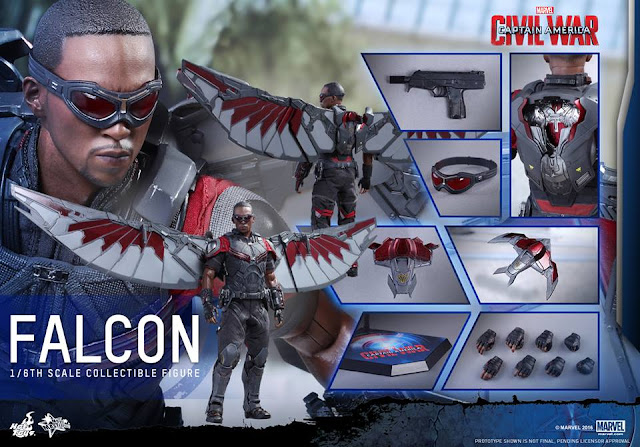 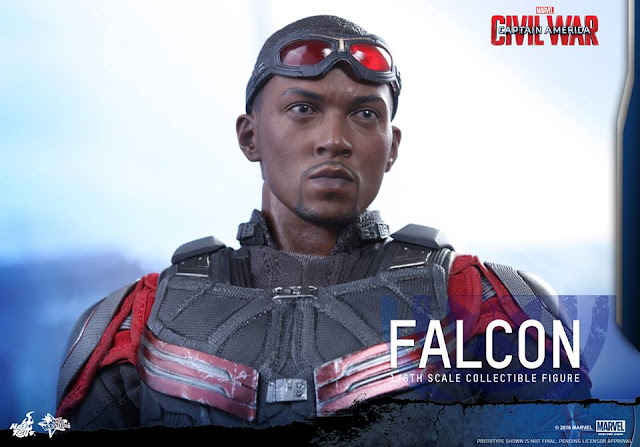 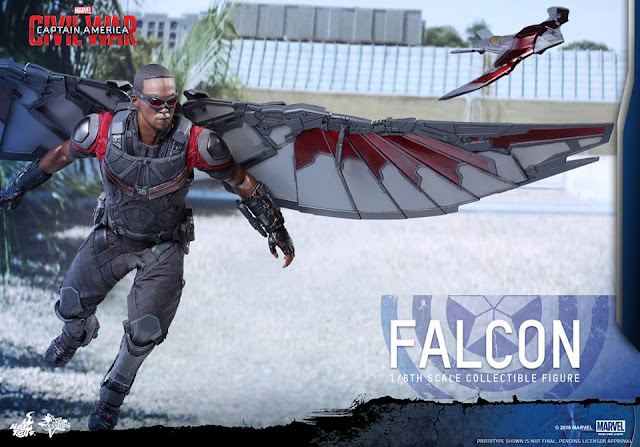 Hot Toy's has released their first images from their Captain America Civil War Falcon 1/6 scale figure, based on Anthony Mackie's portrayal of the character in the May 6th film.  You can pre-order the figure later today at bigbadtoystore.com probably for around $250, and expect and estimated early 2017 ship date.  I have to say this looks like it will be the definitive Falcon figure based on the red colors, and the epic addition of redwing alone.  While redwing isn't an actual Falcon as in the comics you have to give Marvel credit for the nod.

Let us know what you think of this new Civil War hot toy in the comments below, will anyone be picking this up?