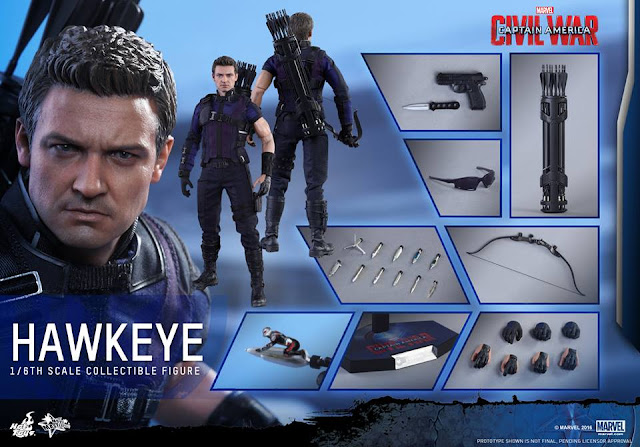 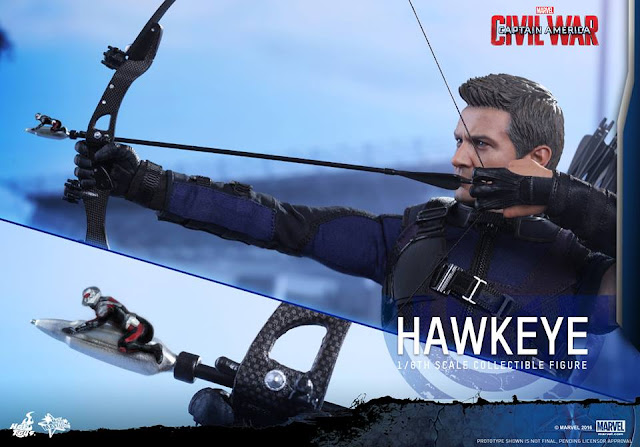 Hot Toy's has released the first images of their Civil War Hawkeye figure, with an accompanying Ant-Man riding an arrow accessory.  You can pre-order this later today at Big Bad Toy Store. Estimating based on my history with Hot Toys, I would expect this to be around $225 and ship around 10 months from now.  Personally I love the figure, every Jermey Renner Hawkeye that Hot Toys has done, has been given an absolute epic sculpt and this one is no different.  While I prefer his Age of Ultron outfit due to it's similarity to the original comics costume, anyone who was a fan of the "Ultimate's" Hawkeye which seems to be his Civil War costume inspiration will probably want to pick this up.  And come on Ant-Man riding an arrow, you guys know you are picking this up!

(Thanks to the Hot Toys FB page for the scoop)

Please let us know what you think about Hot Toy's latest Hawkeye, and his little friend in the comments below!