CHECK IT OUT: Second Captain America Civil War Trailer and the MCU Spidey are finally here!

Civil War is probably my all time favorite Marvel Comics crossover just due to reflection of real world issues like the Patriot Act played out by my favorite characters, so that fact alone has me stoked for this film.  Throw in the fact that Marvel now has the film rights to Spider-man, and my second favorite fictional character of all time is set to make his MCU debut, and I could not be much more excited. Fans of Spidey and the MCU have waited for this day for along time, a day we thought we may never see, Spiderman in an MCU film, and today's brand new Civil War trailer brings us our first glimpse of that.

First off the trailer itself nails the political feel that the Civil War comic had, so in that regard there are no concerns for the Russo Brother's flick.  However I must say even though I dig the design of the new Spider-man costume without seeing the back, it looks very comic like, I also love the fact that his eyes much like Deadpool will be able to convey emotion through motion.  As for the overall feel of the character something seems a bit off, and I don't mean from a performance perspective, but rather how the suit looks in motion.  By portraying too much CG animation, and not enough grounded realism like we saw in Ryan Reynold's Deadpool costume or Andrew Garfield's Amazing Spider-man 2 outfit as it's homemade fabric fluttered so effortlessly through the wind. 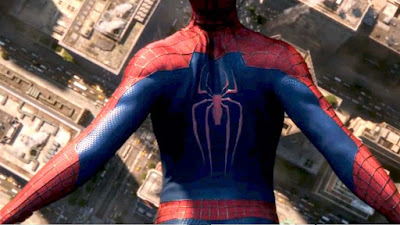 As a Spider-man fan I feel like I have been letdown cinematically ever since Sam Raimi's Spider-man 3 in  May of 2007.  Using the basis that Marvel has nailed the look, feel, and tone of almost every MCU hero I have incredibly high expectations for this character, fully expecting the best incarnation since Raimi's Spider-Man 2 in 2004. While the initial animation of this Spidey seems a bit off, I have high hopes that Tom Holland can take on the great power and responsibility that both Disney and Sony have trusted him with, and make up for any potential visual flaws.  We will have our answer when Civil War releases May 6th!

Please let us know what you thought about the new Civil War Trailer and the MCU Spider-man outfit in the comments or let us know by email at thepicreview@gmail.com and we will read your thoughts on the next episode of The Confirmed Epic Podcast!