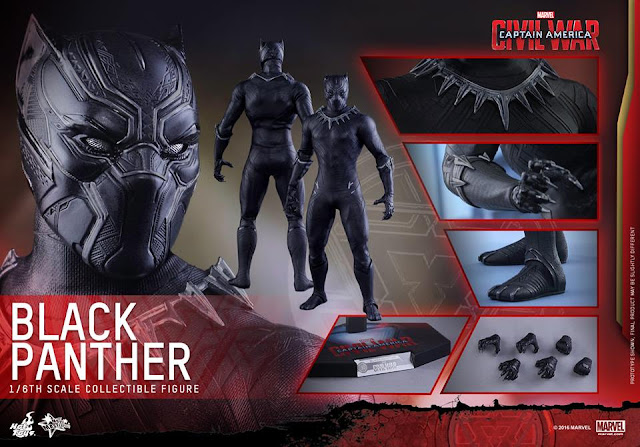 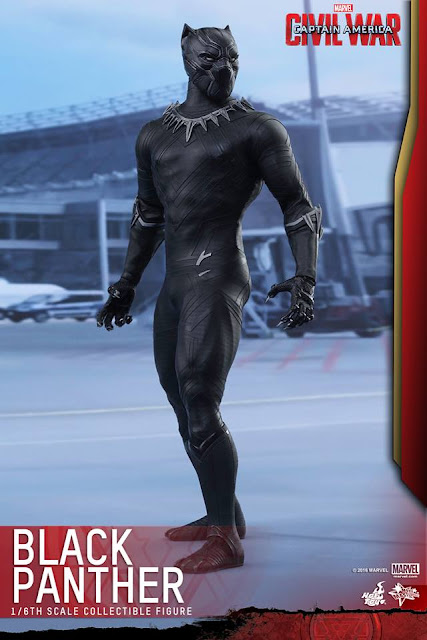 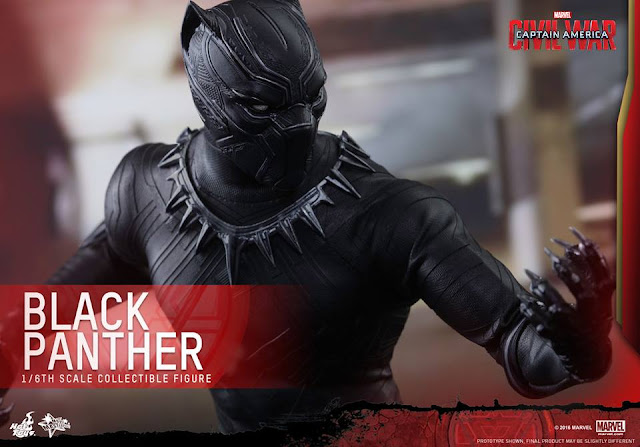 In there continued roll out of their Captain America: Civil War line hot toys has released the first images from their Black Panther 1/6 scale figure based on Chadwick Boseman's portrayal of the character in the May 4th film.  While I love the design that Marvel has given us for the  on screen debut of this iconic character, I feel Hot Toys has some work to do here as far as the body is concerned  The body looks more like a kitten than the ferocious Black Panther we have seen in the trailers, however this should be an easy fix (like it us in their Ben Affleck Batman figure) for an other wise epic Black panther collectible.  Expect this guy to retail for about $235, and be up for pre-order soon at bigbadtoystore.com, probably shipping in the Fall of 2016.

Let us know what you think of this version of T'Challa in the comments below!