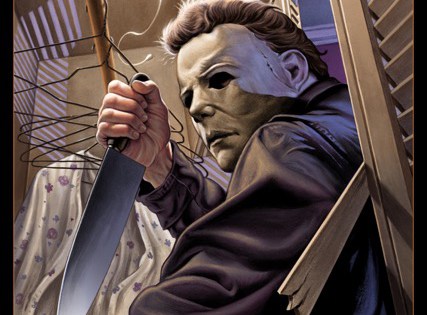 The horror of skepticism ran rapid when David Gordon Lee and Danny Mcbride of Eastbound and Down fame were picked to bring the Halloween franchise back to the big screen.  In recent appearance on the empire film podcast, Mcbride confirmed that he does not find the notion of Michael Myers being immortal that scary.  Rather he made the valid point that it's the realism of Myers that truly makes him frightening, and when you remove the human aspect it can suddenly pull the audience out of the film.  Find out our thoughts on Mcbride's comments and the Halloween reboot after the break... 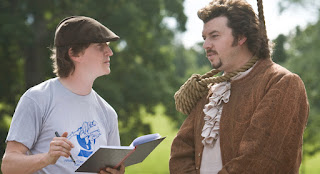 I could not agree with Mcbride more! I also love the fact that he went on in the interview to acknowledge the pressure of rebooting an Iconic franchise.  It sounds like Mcbride has a deep love for the Halloween property, and is trying to right the wrongs in previous later entries into the series. Adding a more humane and real world aspect to Myers is something that has been sorely lacking since John Carpenter's Halloween II, and the fact that Mcbride and Gordon Lee look to re-introduce those elements back into the franchise as well as them receiving the blessing of John Carpenter has me optimistic.

Mcbride and Gordon Lee's Halloween reboot is scheduled for a October 19th 2018 release.